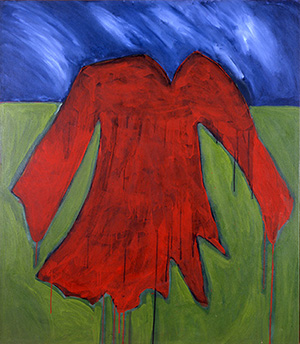 Part of Canada’s commitment to real reconciliation with Indigenous peoples, the National Inquiry is an important step on the path to end the unacceptable rates of violence against Indigenous women and girls. The Government has committed $53.86 million over 2 years (2016/17- 2017/18) to establish the Inquiry which will make recommendations on concrete actions to address and prevent violence against Indigenous women and girls, including systemic and societal discrimination.

Government of Canada launched the Inquiry on December 8, 2015, which was followed by a three-month pre-inquiry engagement process. During these three months, 18 face-to-face sessions were held from coast-to-coast-to-coast, with over 2,000 participants and over 4,100 online submissions. 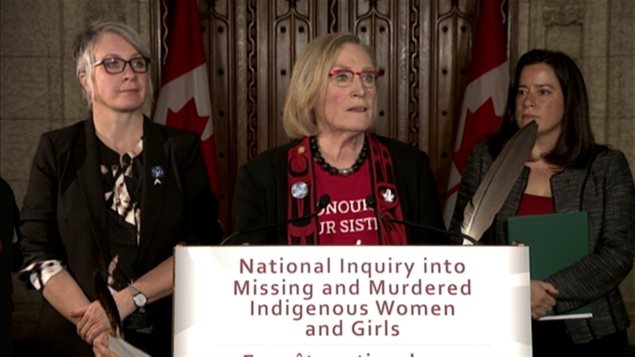 Ministers Hajdu, Bennett and Wilson-Raybould recently completed the three month pre-inquiry process and have now announced the names of five commissioners for the National Inquiry into Missing and Murdered Indigenous Women and Girls.

Ministers Bennett, Wilson-Raybould and Hajdu are grateful to the survivors, families, loved ones and grassroots women’s organizations, front-line, feminist Indigenous organizations, national Indigenous organizations, as well as provinces and territories, and experts who provided input during the pre-inquiry process. The input received through the 18 sessions and the online survey helped shape the Inquiry that the Commissioners will now be leading.

“For over a decade, the families of missing and murdered Indigenous women and girls have been demanding action,” stated Minister Bennett. “Today, after meaningful engagement with the families, experts and those with lived experience, ‎I am proud that the Prime Minister, with the support of all provinces and territories, has appointed five outstanding Commissioners ‎who will now be able to do the work needed for Canada to put in place the concrete actions necessary to put an end to this national tragedy.”

The Commissioners have the background, characteristics and experience we heard was necessary in the pre-inquiry design phase to lead this Inquiry.

“This team will bring a depth and mix of personal, academic and professional experiences to the task of listening, documenting and seeking to bring to light the systemic causes of violence against Indigenous women and girls in Canada and to make recommendations for effective action,” stated Minister Hajdu.

The National Inquiry will be funded by the Government of Canada, with the participation and full co-operation of all the provinces and territories. Together, the federal, provincial and territorial governments have ensured the Inquiry has the necessary mandate and tools to help bring this national tragedy to an end.

In response to the pre-inquiry recommendations, the Government also announced $16.17 million over four years for the creation of Family Information Liaison Units in each province and territory and to increase Victims Services funding to provide culturally-appropriate victims services for families of Missing and Murdered Indigenous Women and Girls and survivors of violence. The Family Information Liaison Units will provide centralized, dedicated resources for families of missing or murdered Indigenous women and girls and gather the information families are seeking on their behalf. These services will be provided in a respectful and co-ordinated manner during the Inquiry.

“The launch of the Inquiry represents a concrete expression of the government’s commitment to honouring the lives of missing and murdered Indigenous women and girls,” Minister Wilson-Raybould. “By examining the root causes that have contributed to this national tragedy, including past and present systemic and institutional barriers, the Commission of Inquiry will play a pivotal role in helping all of us to define where best to continue to act to protect the human rights of all Indigenous women and girls in Canada.”