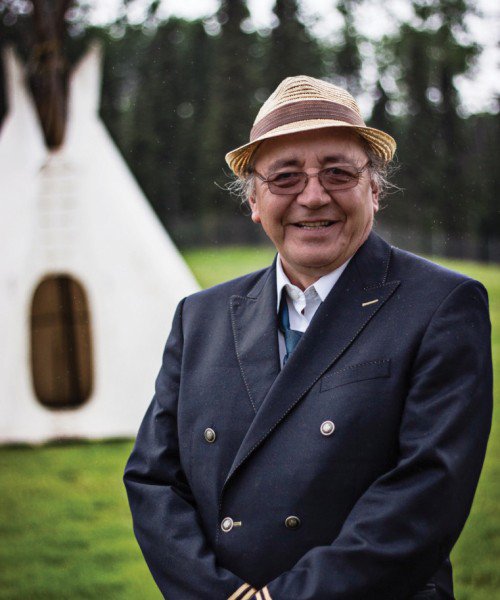 (Ottawa, Ontario) – The Energy Council of Canada has chosen Chief Jim Boucher of Fort McKay, Alberta as Canadian Energy Person of the Year.

Having recently been recognized by Report on Business Magazine as one of 50 most powerful people in Canadian business, Chief Boucher will be adding Canadian Energy Person of the Year to his accolades. The Energy Council of Canada will recognize his remarkable accomplishments in business and community leadership, which have made him a foundational leader in his community and in the development of Canada’s oil sands. Under Chief Boucher’s leadership, Fort McKay was recently recognized by the Canadian Council for Aboriginal Business as the Aboriginal Economic Development Corporation of the Year at their recent annual gala on May 10th in Calgary.

As Board Chairman, Chief Boucher has developed and sustained successful First Nation-owned businesses that create economic wealth and opportunities for his people. These Fort McKay First Nation majority-owned businesses include the 100 percent band-owned and operated Fort McKay Group of Companies. These enterprises have grown into some of the most successful First Nation-owned ventures in Canada. Together, they earned an average gross annual revenue of $1.7 billion in the last 5 years.

Chief Boucher has effectively built relationships with the oil and gas industry and all levels of government. This has built Fort McKay’s social and economic strength, facilitated proper consultation and advanced the rights of his community. Chief Boucher was a driving force in the Fort McKay First Nation making an historic investment, along with the Mikisew Cree First Nation, in Suncor’s East Tank Farm on November 22nd, 2017. The transaction built upon on a foundation of trust and collaboration and serves as a model for how First Nations and resource development companies can work together to achieve mutual long-term benefit.

The success of Chief Boucher’s vision however, is truly demonstrated within the community of Fort McKay itself. Fort McKay First Nation offers a multitude of services such as a heath care centre, family support centre, continuing care facility, youth centre, broadcast station, and a community arena. Fort McKay First Nation currently experiences no unemployment and enjoys a per capita average annual income of $73,500, which is higher than both the Alberta and Canada average.

When asked about the decision to present Chief Boucher with the Canadian Energy Person of the Year Award, Energy Council of Canada President, Jacob Irving had this to say:

“There couldn’t be a clearer choice for the 2018 Canadian Energy Person of the Year. The Energy Council of Canada’s nominating committee, board of directors and entire membership have long admired Chief Boucher’s tenacity and measured approach to both community and economic development. For over thirty years, he has helped see not only his people but also Alberta and the rest of Canada, through intense change toward greater prosperity. No one else knows more about balancing the challenges and opportunities of oil sands development than Chief Jim Boucher. On November 15, the Canadian energy industry will be fortunate to hear him tell his incredible story.”

The Canadian Energy Person of the Year Award was established by the Energy Council of Canada in 2001 to recognize and pay tribute to a Canadian energy leader who has made a significant impact at the national and international levels within the energy sector and nominations are based upon the nominee’s outstanding accomplishments in the business or public sectors and the community at large.

A foremost characteristic of the nominee is their strong sense of social responsibility and their commitment to give back to the community. Their focus upon environmental and social issues, and economic development should be evident. Their forward thinking and innovative spirit enable these leaders to promote the Canadian energy sector and Canada’s role in the world energy market.