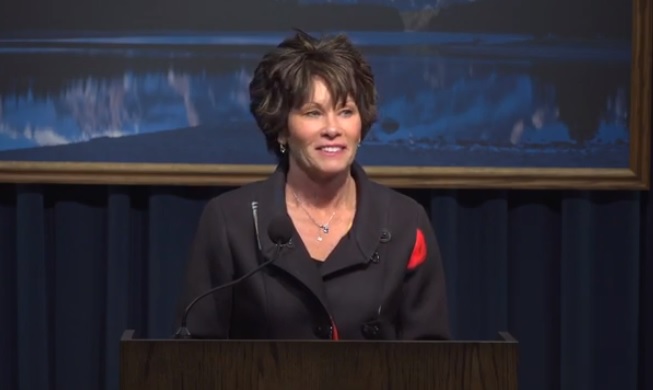 (ANNews) – In May 2020, the Alberta Government announced that they were removing blanket environmental protections – particularly the 1976 coal policy – that were in place since the 1970s.

This decision was made in order to develop open-pit coal mines in some of the province’s most ecologically sensitive areas. This meant that applications for construction would be sent to the Alberta Energy Regulator, without the previous restrictions.

At the time, Alberta Energy Minister Sonya Savage said the province’s move was a “common-sense” decision aimed at creating “certainty and flexibility for industry.”

“Rescinding the outdated Coal Policy in favour of modern oversight will help attract new investment for an important industry and protect jobs for Albertans,” she said in a release.

Then on February 8, 2021 it was reported that the Alberta Government was rescinding their decision to remove the 1976 coal policy.

“Albertans have spoken loud and clear and we have heard them,” Savage said in a media release.

“Not only we will reinstate the full 1976 coal policy, we will implement further protections and consult with Albertans on a new, modern coal policy. Alberta’s government is absolutely committed to protecting the majestic Eastern Slopes and the surrounding natural environment.”

“What we’re doing today — keeping the 1976 coal policy in place and committing to consult on a modernized policy — is what we should have done in the beginning,” Energy Minister Sonya Savage said Monday. “We didn’t do it then, but we’re going to do it now.”

“We admit we didn’t get this one right.”

According to Savage, she has issued a directive to the Alberta Energy Regulator (AER) so that:

–     No mountaintop removal will be permitted and all of the restrictions under the 1976 coal categories are to apply, including all restrictions on surface mining in Category 2 lands, and;

–    All future coal exploration approvals on Category 2 lands will be prohibited pending widespread consultations on a new coal policy.

“We are glad the government is planning to engage in a public consultation on the development of a new coal policy and we have high expectations. Albertans have clearly stated they want more protections for the Eastern Slopes,” says Katie Morrison, Conservation Director with CPAWS (Canadian Parks and Wilderness Society) Southern Alberta. “The outcome of these consultations must accurately reflect the views of Albertans. It will be very important that Albertans participate fully in this upcoming consultation to ensure it addresses all coal mining in the Rockies.”

“Our teams agree the Coal Policy requires updating. However, having this policy back in place ensures some basic protections for ecologically sensitive areas of our province. Given their commitment to consultation, it is premature that the Alberta government is also stating they are seriously considering expanding the coal mining industry in the Rockies. Any updated policy or new legislation needs to reflect current realities such as species at risk, climate change, water scarcity, and the value these landscapes hold for Albertans. It is clear that the 1976 Coal Policy, although well constructed and based on feedback from Albertans at the time, is not sufficient to protect everything that Albertans hold dear today.

“The Government of Alberta’s process in rescinding the Coal Policy last year also revealed serious concerns with transparency from our provincial government and we will expect much greater transparency going forward. It is clear that coal mining companies knew about the policy rescission long before Albertans did, allowing them to submit applications before the Coal Policy was rescinded. Companies do not go through the application process unless they have some certainty that they can proceed.”

“We have serious concerns about the six projects that are still allowed to conduct exploration activities,” says Christopher Smith, Parks Coordinator with CPAWS Northern Alberta. “Exploration activities cause great damage to our lands and waters. There are currently hundreds of new drill sites and hundreds of kilometers of new roads that are a direct result of the removal of the coal policy. Allowing these activities to continue is not appropriate.”

Other projects such as Benga’s Grassy Mountain and Montem’s Tent Mountain and Chinook projects are also not addressed by this announcement and will continue to go forward in highly sensitive and well-loved areas. “There needs to be a full stop on all exploration and development activities until a new land-use plan is created that offers more protections to these important landscapes,” states a CPAWS press release dated Feb. 8, 2021.

“The rescission of the Coal Policy and related mineral exploration has brought to light the fragility of the protections afforded to Alberta’s Eastern Slopes. The response from Albertans has made it clear that Alberta’s foothills and Rocky Mountains are essential to Albertans’ identity and quality of life. The general public, Indigenous communities, municipalities, ranchers, and recreationalists want to see these areas better protected. Any new policy, or preferably, legislation, must address the cumulative impacts of all land uses in Alberta’s Eastern Slopes.”

Given that regional land-use plans are not yet in place throughout the Eastern Slopes, CPAWS feel sthat the Land Use Secretariat should lead the upcoming consultation process.

“Consultation brings a welcome opportunity for Albertans to re-envision their ideal future for Alberta’s Rocky Mountains and foothills – one that better protects our water sources, wildlife, and landscapes that are intrinsic to Alberta’s identity,” says Morrison.