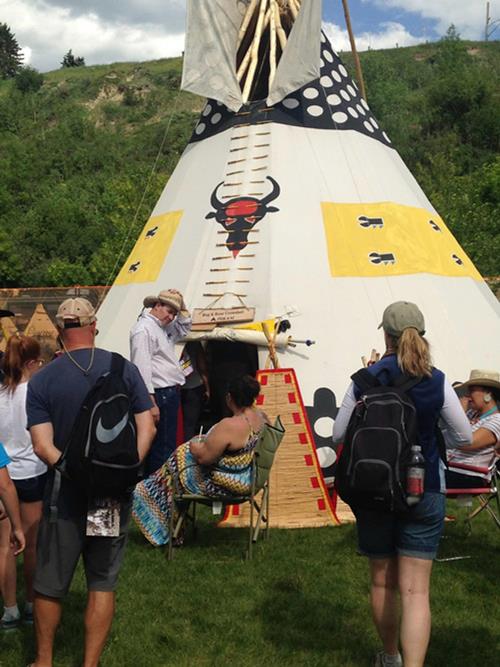 (ANNews) – The Calgary Stampede kicked off Friday July 8 with a spectacular parade that included over 4000 participants led by a vintage car carrying the parade marshals, singers Jann Arden and Paul Brandt and a contingent of first responders and staff from the Regional Municipality of Wood Buffalo. The first responders carried a large banner thanking Albertans for their generous support during the massive Fort McMurray fires.

Over 200 thousand cheering enthusiasts lined the streets of Calgary to enjoy the parade which included wave after wave of bands, floats, horses, riders and a special entry that recognized those who battled the Fort McMurray fires.

Some of the loudest cheers were for the First Nations floats which figured prominently in the parade. This year marks the beginning of a new era of First Nations presence at the Calgary Stampede with the Indian Village moving to a new location – the newly opened ENMAX Park. The new space allows the 26 tipis to be set-up in a traditional circle in a park setting, while offering guests an up close and personal view of the traditions of the Treaty 7 First Nations. 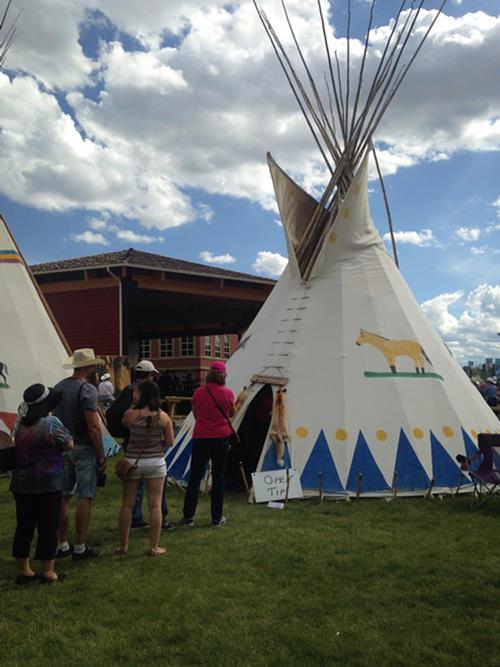 Since the inception of the Calgary Stampede in 1912, the Indian Village has promoted and preserved the relationship between the Stampede and Treaty 7 families. The 26 tipis represent the five nations of Treaty 7: Kainai, Tsuut’ina, Stoney Nakoda, Siksika and Piikani. Each tipi has a unique design on the outside and beadwork, buckskin outfits and artifacts are displayed on the inside.

ENMAX Park is a 16-acre green space along the Elbow River. Linked to Calgary’s 900-kilometre pathway system and the 23,000-kilometre Trans Canada Trail, ENMAX Park is home to the 650-metre-long Cenovus Legacy Trail that weaves through the park telling the story of the area through the lenses of First Nations People, Calgary and the Calgary Stampede.

Following two years of design, construction and landscaping, the Calgary Stampede, Calgary Stampede Foundation and ENMAX are proud to officially open ENMAX Park, a year-round gathering place for the community.

“The physical transformation of the park only took two years,” says Bill Gray, president and chairman of the board, Calgary Stampede. “The vision of creating a place for family picnics, community gatherings, bike rides, festivals and events has been approximately 20 years in the making.”

This beautiful space came to fruition thanks to the enthusiastic community, generous donors, passionate volunteers and dedicated employees and, most importantly, the substantial contribution from ENMAX.

The land has a history, essentially coming full circle to its original purpose – a gathering place. Hundreds of years ago the area was an essential camping and crossing place for First Nations people and later, when Fort Calgary was created, it was a trading spot for early settlers.

The Calgary Stampede will be held from July 8 – 17, 2016  and will host more than 1.2 million visitors  from all over the world featuring world class rodeos, musical entertainment, grandstand shows and world class attractions. Access to the Indian Village is available by walking through The Great FUNtier or via MacDonald Avenue Entry, click here to see a complete map.

Here are a few photos of the new Indian Village – there will be more to come! 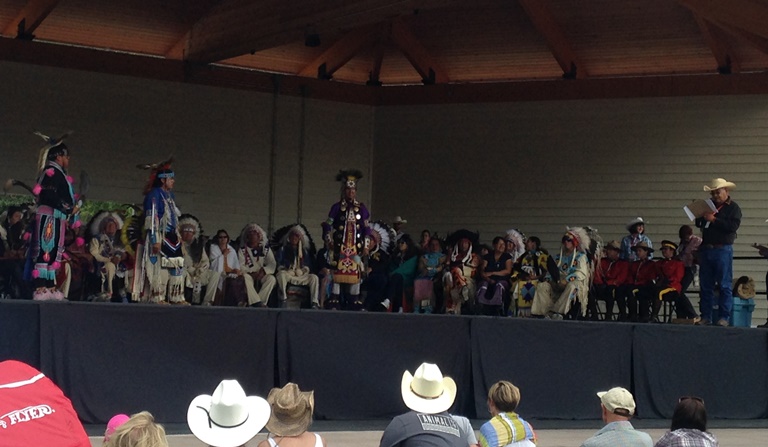 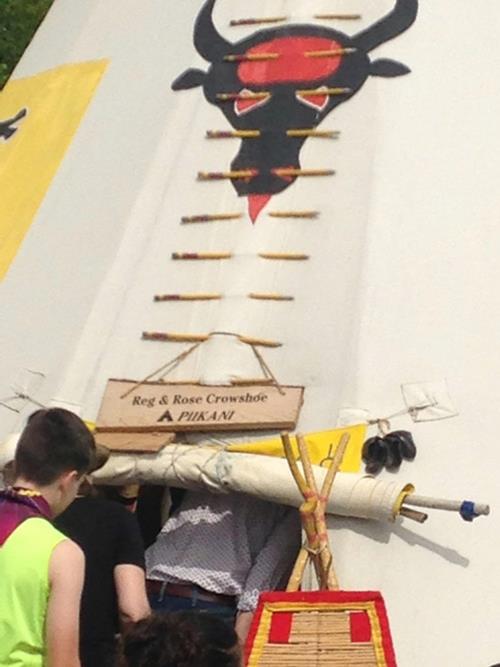 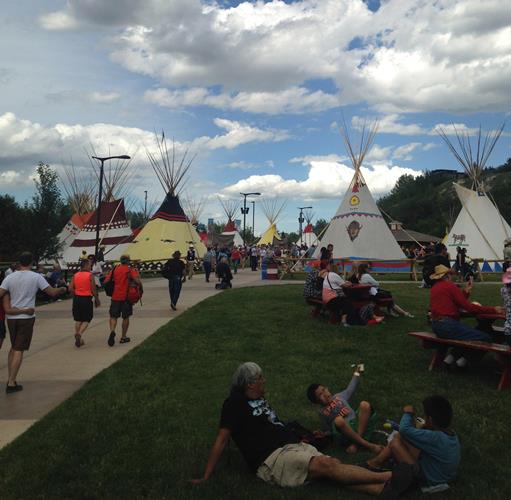 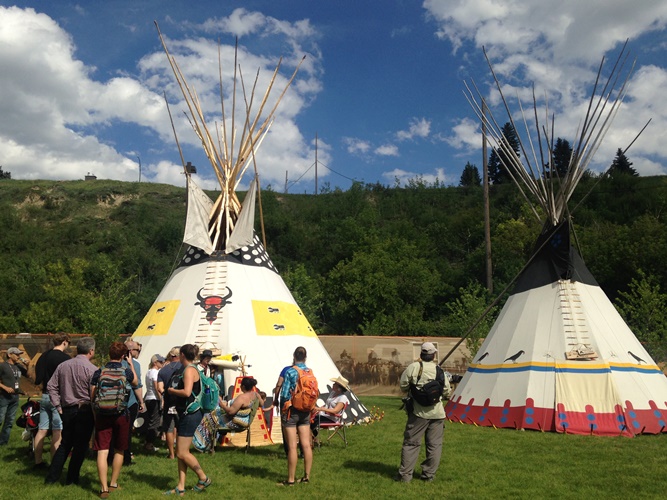 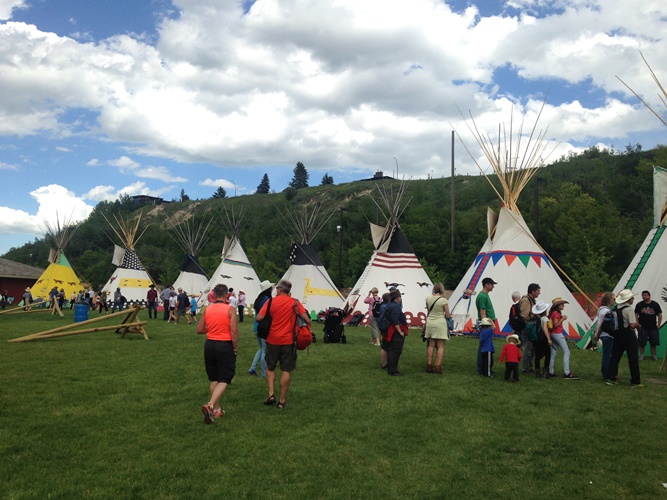