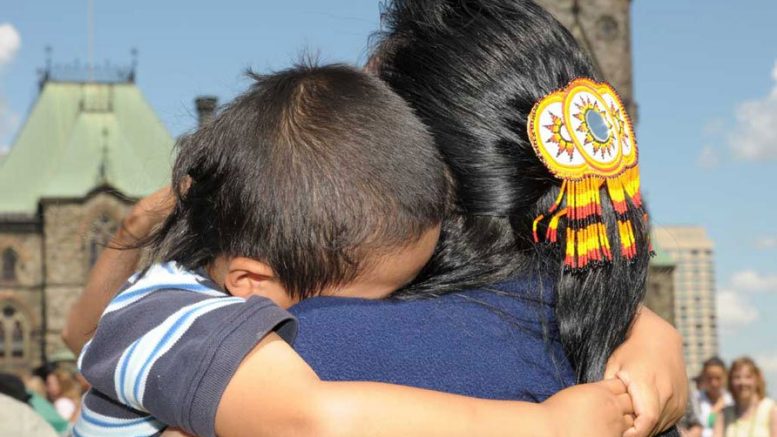 (Ottawa, ON): Assembly of First Nations (AFN) National Chief Perry Bellegarde is calling for changes to the laws of Canada and specifically the Criminal Code of Canada to make the forced sterilization of First Nations women a crime, and wants a collaborative approach with First Nations to implement the recommendations issued this month by the United Nations Committee Against Torture.

“Forced sterilization is a gross violation of human rights and First Nation rights and it must be criminalized to help bring an end to this inhumane practice,” said AFN National Chief Perry Bellegarde. “We need to implement the recommendations by the United Nations to stop this, and we need justice for the victims of this immoral practice. First Nations women must have a role in this work. We are aware that the federal Justice Minister is currently saying she will not pursue legal changes but we call on Canada to do the right thing – to change the law and conduct a full examination on the scope of the issue and redress for victims.”

The UN Committee Against Torture examined forced sterilizations of Indigenous women in Canada and released its report on December 7, 2018 in Geneva. The report sets out a number of recommendations, including the need to ensure that “all allegations of forced or coerced sterilization are impartially investigated, that the persons responsible are held accountable and that adequate redress is provided to the victims,” and recommends that Canada “adopt legislative and policy measures to prevent and criminalize the forced or coerced involuntary sterilization of women, particularly by clearly defining the requirements of free, prior and informed consent with regard to sterilization and by raising awareness among Indigenous women and medical personnel of that requirement.”

AFN Ontario Regional Chief RoseAnne Archibald, who holds the portfolio for the AFN Women’s Council, said: “Women have a right and sovereignty over their own bodies and the forced and coerced sterilization of Indigenous women goes against the grain of our collective existence. Indigenous women, and all women, carry and share the greatest energy on the planet and that is love. It is love that grows our families, our communities and our nations, and the doctors involved have interfered in this sacred process of life.

“I ask all women of every race and creed to become our allies and join us as we fight this great tragedy. We need to implement all Calls to Action in the External Review completed by Doctors Boyer and Barlett on tubal litigation in Saskatchewan. As Ontario Regional Chief, I offer my support to the women coming forward to launch the class-action lawsuit in Saskatchewan. I know justice will prevail.”

“The forced sterilization of First Nation women is a crime and is just one in a number of actions the state has taken throughout history,” said AFN Women’s Council Chair Chief Denise Stonefish. “The fact that it is still occurring today is completely unacceptable and the laws of Canada should reflect that truth. Forced sterilization is an attack on First Nations women and robs their bodily autonomy and integrity. It also robs our nations of our future generations, so it is no less than a form of genocide. I applaud today’s recommendations from the UN Committee and as a First Nations woman and a Chief I demand that Canada take action.”

Last month, Maurice Law and Amnesty International Canada made a submission to the UN Committee Against Torture regarding forced sterilization of Indigenous women seeking legal reforms to stop the “modern-day forced sterilization of Indigenous women in publicly funded and administered hospitals in Canada”.  A 2017 lawsuit by two affected women in Saskatoon Health Region is now the basis of a proposed class action lawsuit involving about 60 women against all health regions across Saskatchewan, the federal and Saskatchewan governments and individual medical professionals.