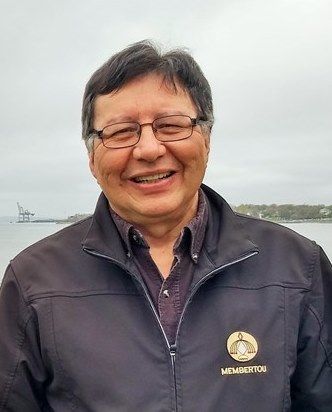 OTTAWA, Oct. 27, 2016 /CNW Telbec/ – Assembly of First Nations’ (AFN) congratulates Daniel Christmas of Mi’kmaw First Nation on his appointment to the Senate of Canada, one of nine appointments announced today by the Prime Minister of Canada. Mr. Christmas made history today as Canada’s first-ever Mi’kmaw Senator.

“Mr. Christmas has dedicated his entire life to rebuilding a strong and self-sustaining Mi’kmaw Nation in Nova Scotia,” said National Chief Perry Bellegarde. “I always say we need more First Nations people around all decision-making tables and that includes the Senate of Canada. We congratulate him on this well-deserved appointment and lift him up as he embarks on this exciting new journey.”

The AFN’s Regional Chief for Nova Scotia and Newfoundland, Morley Googoo, stated: “First Nations are thrilled to learn of Mr. Christmas’ new appointment. Daniel’s long and sterling career in public life has brought about a great sense of pride for the Mi’kmaw Nation and First Nations across the country. Today he makes history as Canada’s first-ever Mi’kmaw Senate appointment. I extend my sincere congratulations to him, and look forward to witnessing his contributions to crafting law and policy.”

National Chief Bellegarde added: “We congratulate all new appointees to Canada’s upper chamber today, and encourage each of them to keep Indigenous peoples and Indigenous rights top of mind in their work.”

Mr. Christmas, an award-winning Senior Advisor to the community of Membertou, Nova Scotia, has held many leadership positions throughout his career, including Executive Chairperson of the Union of Nova Scotia Indians and member of the Board of Directors with Nova Scotia Business Inc. Mr. Christmas is credited for his work pertaining to inherent Mi’kmaw and treaty rights in Nova Scotia.