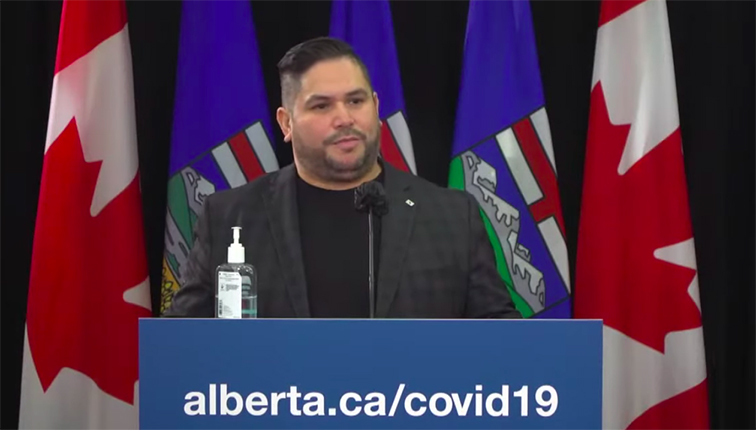 (ANNews) – All Albertans, including First Nations living on and off reserve, are now eligible to receive financial support in order to self-isolate. The program is for those who must isolate or quarantine and aren’t able to safely do so in their home. It includes a free-of-charge hotel room stay for up to 14 days with “culturally appropriate” food and a one-time payment of $625 for isolating.

The provincial government’s program was previously only available to those living in Edmonton or Calgary, but has now been expanded to include all of Alberta. The program was made to reduce the spread of COVID-19 among people living in crowded houses.

“This program came about as a result of community organizations within Calgary and Edmonton, initially, coming to government and saying we all know which neighbourhoods the COVID spread has been higher, and there’s a reason for that,” said Municipal Affairs Minister Ric McIver.

“It’s because people are in living situations where they are not able to self-isolate, sometimes due to the number of people living in a household, sometimes multi-generational households.”

According to McIver, 850 Albertans have taken advantage of the program since it was introduced in December.

Indigenous Relations Minister Rick Wilson mentioned that this was the case for many First Nations who have had it “especially rough lately” in regards to COVID-19 cases.

“Living conditions are sometimes strained,” he said. “You have multi-generational families living together, and so it’s hard to isolate. So this program is really going to allow them to still be able to have that support and take their family members that are suffering from COVID and isolate them from the rest of the family.”

Chief Ivan Sawan of the Loon River First Nation, which is about 400 kilometres northwest of Edmonton, spoke about how some households in his Nation have 10 to 15 people living in them at any given time. “That’s been the primary reason why the spike of COVID-19 within First Nations communities … trying to keep our people safe from COVID-19 has been a challenge itself,” he said.

“It’s going to alleviate some of the pressures, that our people are able to isolate in a hotel.”

Alberta has had 5,048 confirmed cases of COVID-19 on First Nations reserves as of Jan. 29, according to Indigenous Services Canada, which is the most COVID-19 cases in any province for First Nations in Canada.

The rate of reported cases of COVID-19 in First Nations living on reserve is currently 40% higher than the rate in the general Canadian population.

Reserves across Canada have had 16,376 confirmed cases since the pandemic began. More than 13,300 people have recovered and 157 have died, according to Indigenous Services Canada.