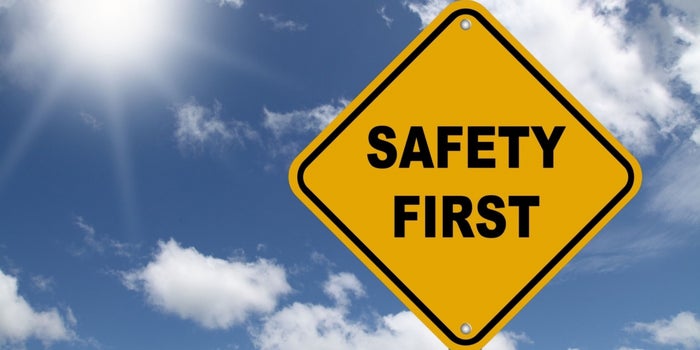 (ANNews) – The COVID 19 pandemic didn’t seem real to Americans until early March when actors Tom Hanks and Rita Wilson tested positive with the virus in Australia and were forced to self-isolate there for 2 weeks. It became very real for Indigenous people in urban Alberta on March 30 when Shawn Auger, a 34-year-old Indigenous man from High Prairie died from the virus.

Auger’s death hit his community hard because he was a beloved husband and father and an active member of the community as vice president of the High Prairie Minor Hockey Association, a former coach and a wonderful member of their “hockey family.”  Although his wife said that Auger had asthma, his death went against the stereotypes that has been circulating about COVID only attacking the elderly and primarily those in urban settings.

The First Nations leaders across Alberta took swift actions in mid-March to protect their communities.

The COVID-19 outbreak prompted the Blood Tribe in southern Alberta to declare a local State of Emergency on March 16. The order was issue as a safety precaution for residents.

The band also announced $500,000 to be allocated to support members that need assistance with food and sanitation.

“We will provide $500,000 and use the profits of our initiatives to ensure that we are able to cover those basic costs,” said Chief Roy Fox in a news release.

“We would like to provide packages to our people especially to those of our people who cannot afford to acquire additional items for prevention.

On March 20, Fort McKay First Nation Chief Mel Grandjamb and Fort McKay Metis President, Ron Quintal and their respective council members, agreed to come together as one nation and work jointly to keep the COVID-19 virus away from their community. A confirmed case had been identified in the Regional Municipality of Wood Buffalo and specifically in Fort McMurray so for safety purposes they exercised their Sovereign Rights and implemented checkpoints to control access into their lands. Only community members, essential services and staff are let in, no visitors are allowed into the community. These measures serve to decrease pathways for the COVID-19 virus into the community and to protect the health and safety of all their Members.

“Together as a nation we will persevere and manage through this emerging situation,” stated the leaders. “We ask that the business community and the public respect our decision to create distance between our nation and the threat of the COVID-19 virus.”

On March 23, the Assembly of First Nations Executive Committee members passed a motion declaring a national State of Emergency. The motion called for increased resources and support for First Nations, and that funding be provided on a “needs and equity basis,” with specific consideration for northern, remote and isolated communities. The motion states that “First Nations leadership be fully and meaningfully involved at the decision-making tables in the development of all plans, legislation, policies, budget allocations and regulations regarding the COVID-19 pandemic federally and provincially.”  The motion also affirms AFN support for all First Nations that have already declared states of emergency, travel bans and other measures.

On March 24, the four First Nations of Maskwacis declared a state of emergency, activating Treaty 6 measures to ensure the safety of residents should COVID-19 reach their communities.

The communities called on the federal government to provide them with the necessary funds and resources to deal with a potential outbreak.

“At this time, our Nations are experiencing a shortage of health-care facilities, emergency equipment, medical supplies and medical staff to sustain and support the more than 18,000 persons who reside within our territory,” says the statement.

On March 28, Alexis Nakota Sioux Nation joined other Indigenous communities in Alberta in limiting travel to keep members safe during the pandemic. Earlier in the week, the Chipewyan Prairie First Nation, Fort Mckay, Bigstone Cree and Peerless Trout First Nation set up curfews and put up barriers to monitor the flow of people inside their communities.

A fine system was implemented as a deterrent for non-compliance. Those who do not comply with the curfew can be fined $500. As well, anyone entering the community needs to self-isolate for 14 days, or they could face a $2,000 fine.

“You’ve got to have really strict guidelines,” said Bigstone Cree Nation Chief Silas Yellowknee. “You’ve got to make sure your punishment is harsh for it to work…If we get one case, we’re going to lock our roads both ways.”

Alexis Nakota Chief Tony Alexis said that the measures were taken out of concern for the community’s eders and vulnerable populations. He said three entrances to the community were closed and only two would remain open for members to enter and exit. Non-members who already live in the community and have families there would be allowed to stay.

To date the leaders of First Nations across Alberta have executed swift and thoughtful emergency measures to protect their members. The federal government has responded with the roll out of a $305M Indigenous Community Support Fund and new measures that will address concerns over Nutrition North Canada food shortages in light of impacts of coronavirus in remote and Indigenous communities.

These new funds will flow directly to Indigenous communities and groups across the country and provide Indigenous leadership with the flexibility needed to address the immediate needs in their communities as they prepare for and react to the spread of COVID-19. measures to address food insecurity.

The Fund is in addition to the needs-based funding designated for First Nations, Inuit and Metis through the COVID-19 Response Fund announced on March 11, 2020 and to the initial $50 million provided to support the immediate public health response. To support women and children fleeing violence, the federal government also created a $10 million fund for emergency family violence prevention shelters on reserve and in Yukon.

First Nations, Inuit and Métis also benefit from the government’s efforts to support and improve the health response to COVID-19, and to reduce the impact of the situation on workers and businesses. The Government of Canada recognizes more support may be needed and will continue to offer financial support for Indigenous communities to meet their evolving needs.