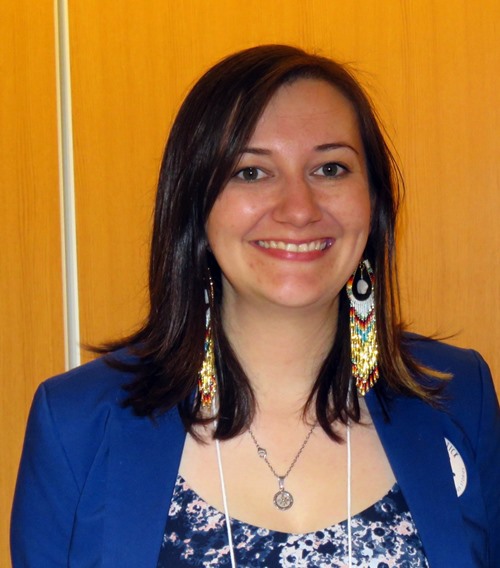 (ANNews) – It took organizers a full year to put The Writing Stick program together but the magnitude of work that had to be completed before it was presented to the public, noted Project Coordinator Tanya Ball, “was worth every minute. The feedback has been amazing and there’s already been a lot of conversation about when the next Writing Stick conference might take place.”

Ball, an Indigenous Intern with the University of Alberta Press is an MLIS graduate of the University of Alberta’s School of Library and Information Studies. She and her colleagues worked long hours to meet their goals but on June 8-10 that effort paid off when the three-day event heard from more than two dozen gifted speakers who focused on Indigenous writing and the importance of Indigenous story-telling. Intended for Indigenous and non-Indigenous participants from all walks of life including publishers, editors, writers, storytellers, filmmakers, academics, translators, artists, librarians, and students, the conference filled the house and everyone went home happy.

“The speakers were delightful and the audience was very appreciative,” noted Ball. 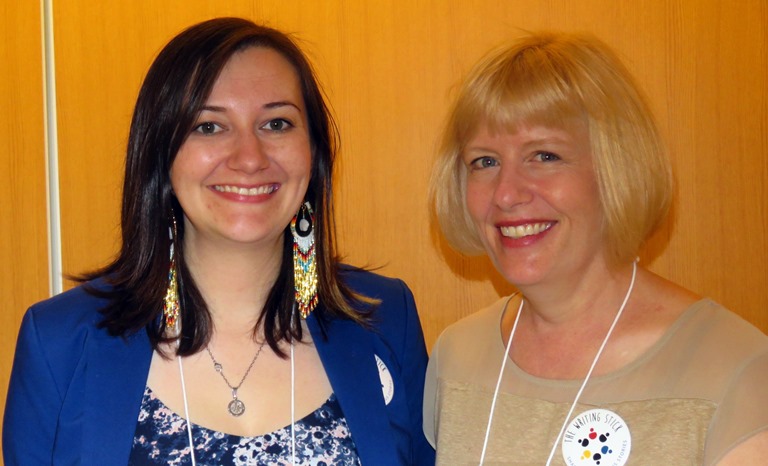 The three-day program featured lectures and presentations, film screenings, visual displays, storytelling, more than two dozen keynote speakers and reflective sessions that encouraged audience input. The one element that might have been missing, noted Ball, “would be an Open Mike segment that would allow emerging poets and storytellers to get their messages across. That’s something that we would likely add next time around.”

The conference got underway at 5 a.m. on Thursday June 8 when Elder Wilson Bearhead hosted a Sunrise Ceremony and Feast on the Pembina Hall Lawn. Registration began 11 hours later on the second floor at Lister Hall and continued until 8 p.m. The first evening remarks were delivered by Anna Marie Sewell with an introduction by Miranda Jimmy. Marie Wilson provided the Keynote Address.

After a 7:30-8:30 breakfast in the Lister Dining Hall on June 9, Elder Theresa Strawberry opened the day with a prayer; she was followed by University of Alberta Press Director Linda Cameron, who provided insight into the conference and why it was being held. She introduced the program’s participating Elders: Wilson Bearhead, Theresa Strawberry, Harry Watchmaker and Martha Campiou and encouraged the audience to seek the Elders out should they have questions or wish to have a discussion with them. She also encouraged the audience to follow “protocol” when addressing the Elders; protocol was described in detail in the conference agenda. 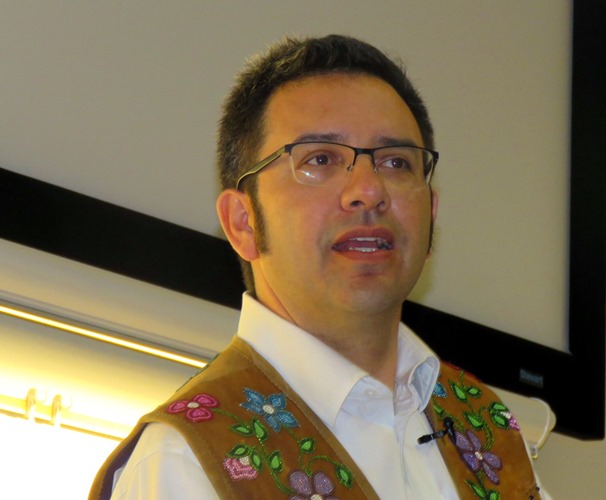 “Following the publication of the TRC’s (Truth and Reconciliation Commission) final report, A Call to Action, we were compelled to do something to respond in a positive and constructive manner,” explained Cameron. “We began to explore the idea of a conference that would bring Indigenous and non-Indigenous people together in conversation about best practices in editing and publishing stories about and by Indigenous people. We wanted to include storytellers, writers, editors, and anyone interested in reading and publishing Indigenous stories. The underlying theme is that we have much to unlearn – and even more to learn from each other.

“The mission of this conference is to begin new relationships, strengthen existing relationships and advance our knowledge of the First Peoples in this country we now call Canada. We are absolutely thrilled with the response we’ve received about this conference and have had 225 people register.”

A resource room, complete with eight tables full of books by Indigenous authors from across Canada were on display and for sale during the conference.

“All I can really say is WOW!” smiled Cathie Crooks, Associate Director of The University of Alberta Press. “The list of Canada’s Indigenous writers continues to grow and the books that are in the conference resource room are proof of that. We owe a debt of gratitude to Audrey’s Books for providing this unique collection of books for our speakers and registered guests to browse through and/or purchase. The conference itself has been a very powerful experience; it’s brought people together from all walks of life and it has them talking to each other about the significance of Indigenous writers and the stories they tell. Every speaker had something different to offer and its seems as though everyone was involved in networking and exchanging information so they can carry on with their conversations after the conference is over. It was a unique experience and one that allowed every conference participant the opportunity to learn from.” 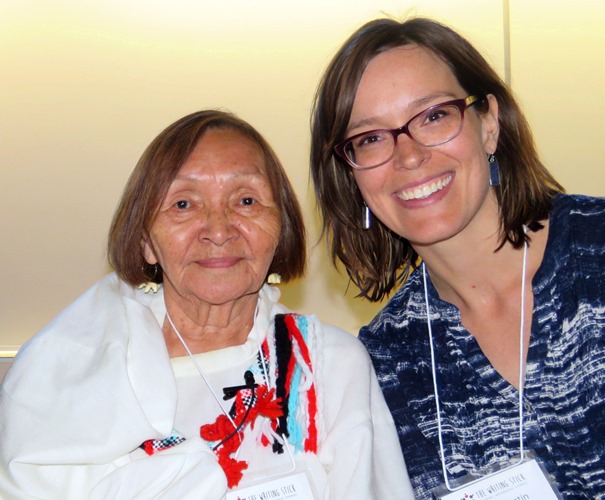 The main idea of the conference was to foster conversations on editing and publishing Indigenous stories told by Indigenous authors. The list of impressive guest speakers included Catherine Bell, a law professor who specializes in Indigenous legal issues; Mini Adola Freeman, a well-known and respected Inuit Elder who published her first book – “Life Among the Qallunaat” in 1978; Miranda Jimmy, a Thunderchild First Nation community leader, who is recognized for her work as co-founder of RISE (Reconciliation In Solidarity Edmonton) and for her prowess with a pen. She is an Avenue Magazine “Top 40 Under 40” writer; Keavy Martin, the author of “Stories in a New Skin: Approaches to Inuit Literature” and co-editor (with Julie Rak and Norma Dunning) of Mini Freeman’s 1978 publication; Richard Van Camp, a world-renowned storyteller and the author of 20 best-selling books; Marie Wilson, one the three commissioners who sat on the Truth and Reconciliation Committee for six years with Wilton Littlechild and Justice Murray Sinclair and 19 others. 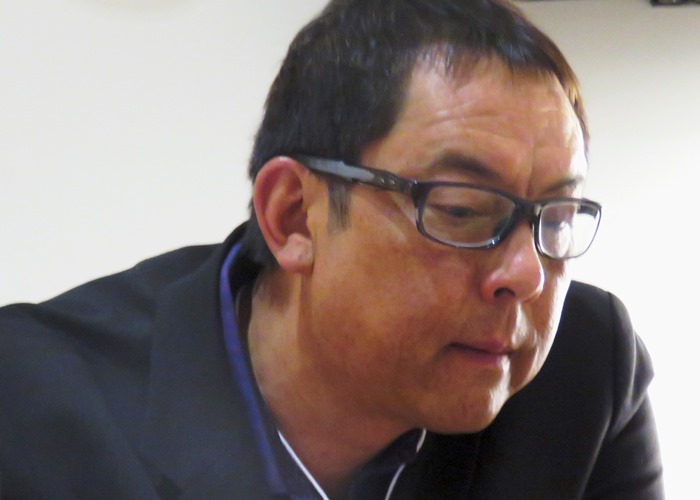 The conference itself was an intensive learning experience. Topics included editing Indigenous works; cultural protocol and respecting traditional material; appropriate use of terminology, names, and images, issues of appropriation, stereotyping, and proper recognition of Indigenous works.
“The Writing Stick Conference was a huge success,” noted organizer Tanya Ball a few days after the last sessions had been delivered. “Conference registrants heard from four Keynote and more than 20 other speakers during the three-day event. Film screenings, reflection periods and interactive conversations were the order of the day.  Participants explored principles and guidelines for publishing and editing materials by Indigenous writers and about Indigenous peoples. The sessions were videotaped and a graphic record was made. An original piece of art was created by resident artist Dawn Marie Marchand. Next steps were explored in a facilitated session with an intent to continuing the conversations and energy around these important topics – hopefully for a long time to come.”

For more information about the Writing Stick Conference and to see Dawn Marie Marchand’s completed painting and other after-conference information see the website at: www.writingstick2017.ca.

Book Review: The Man Who Lived with a Giant: Stories from Johnny Neyelle, Dene Elder