(ANNews) – On March 14-15, 2017, West Edmonton Mall’s Fantasyland Hotel was the site of the fourth annual Treaty 6 ASETS Workforce Employment Partnerships and Career Fair. The popular two-day event attracted about 2,000 visitors, including unemployed Aboriginal workers seeking opportunities and ready-to-graduate Grade 12 students meeting with post-secondary schools for insight into their vast array of program options. Over 70 businesses, corporations, institutions and government agencies participated in this year’s event, making it one of the largest and best attended events to date.

The beat of the drums and the songs of the Alexis Singers greeted the long line of Grand Entry participants before an Elder invocation and opening remarks by Alexis Nakota Sioux Nation Chief Tony Alexis and Alexander First Nation Chief Kurt Burnstick got the event underway.

After welcoming and acknowledging those in attendance Chief Alexis spoke about the importance of partnerships, something he noted “as always being a part of our traditional culture. No one does things on their own; it’s always about partnerships – that’s a cultural value and a principle of our people.” 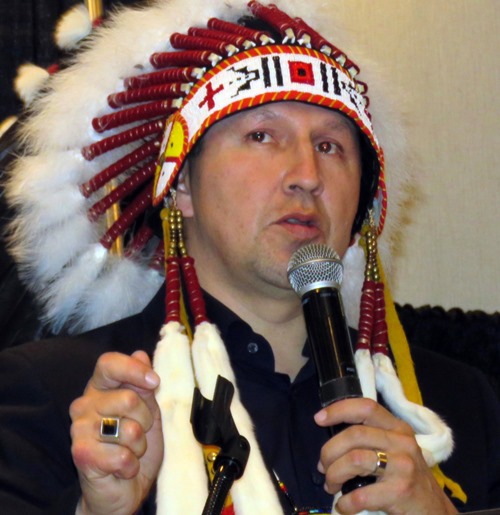 Chief Alexis said he was encouraged by the ongoing growth of the annual Employment Partnerships and Career Fair, a part of the Treaty 6 ASETS Aboriginal Skills and Employment Training Strategy, noting that “this is what our ancestors wanted for our peoples – to have real partnerships and to have our peoples benefitting through employment and economic opportunities.”

The Chief spoke about today’s ever-changing world and the uncertainty of tomorrow. He told the gathering that partnerships and working in unison will help both people and businesses overcome whatever obstacles lay ahead.

“We face these things together,” he stated. “How we overcome falling markets, a falling dollar and an uncertain future is by working together in partnership. We don’t yet know how the cards will fall in the months and years to come, but through our partnerships we can learn to stick together as we continue to build our communities, our businesses and our people.” 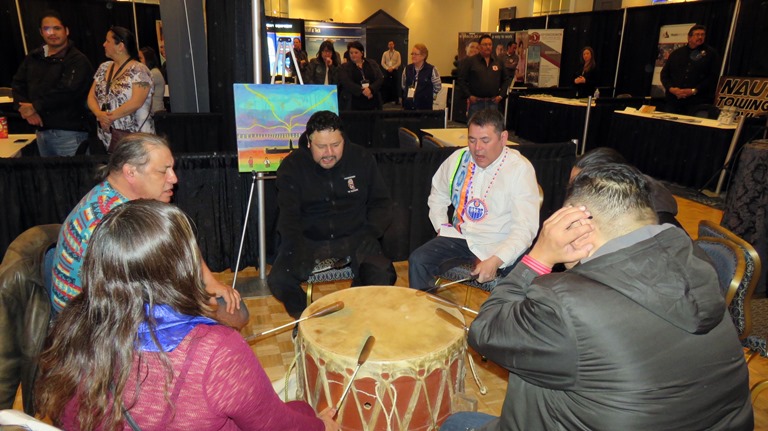 The Alexis Singers provided entertainment and hosted honour songs in support of the Employment Partnerships initiative.

Chief Alexis also alluded to the fact that for too long government has taken the lion’s share of its partnerships with Indigenous peoples, dictating rather than negotiating, telling rather than suggesting, imposing rules and regulations without consultation. 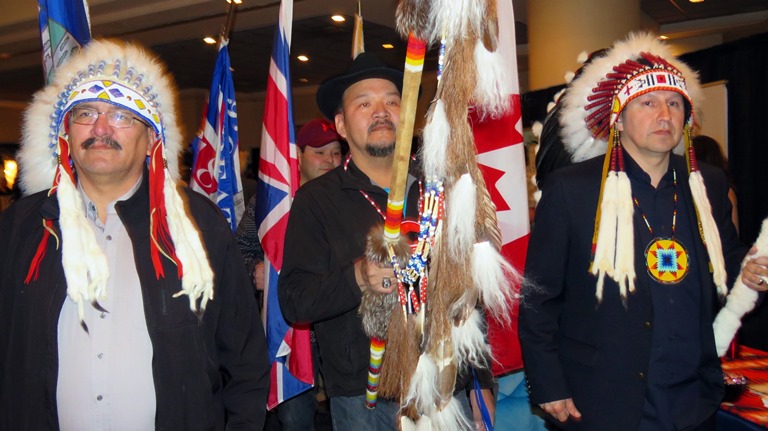 After a resounding “yes!” Chief Alexis told the gathering, “That’s where we’re headed. Indigenous people are headed back to that point where we are rebuilding ourselves – that spirit is growing so strong that when we see our children today we note that before they can walk or talk they’re dancing. They’re already in ceremony as the spirit of our people becomes stronger and stronger. It’s a beautiful time for us.” 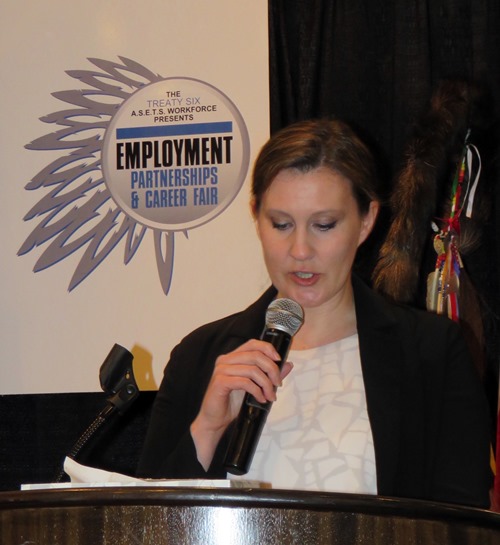 Government of Canada Service Manager Robyn Mutch spoke about the ASETS program and encouraged everyone in attendance to participate in a meaningful way.

“The Aboriginal Skills and Employment Training Strategy, funded by the government of Canada, focuses on developing partnerships, provides demand driven training and helps get people employed. What better venue than this – where we have employers, jobseekers and the people who are working to get people into training? I’ve never seen a better demonstration than we see here today. This event gives us the opportunity of time – for employers and industry I urge you to take that time to speak to those here seeking employment. For those working with ASETS and other employment programs I urge you to take time to speak to both the employers and the jobseekers, and for those of you here today seeking employment I encourage you to speak with all of the potential employers. If you want a job, look for the job that you’re being trained for and show the employers that you are their best option.” 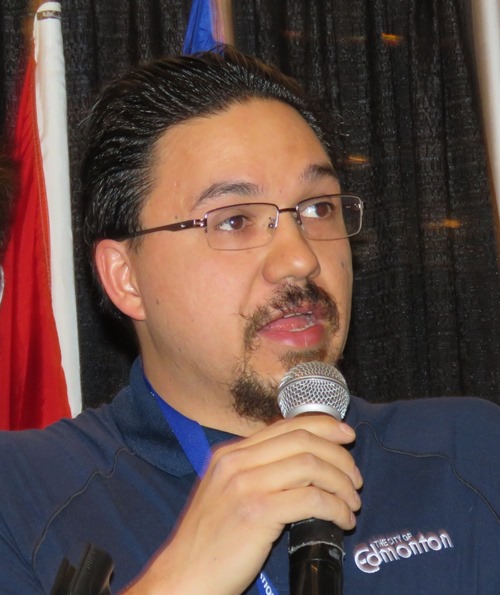 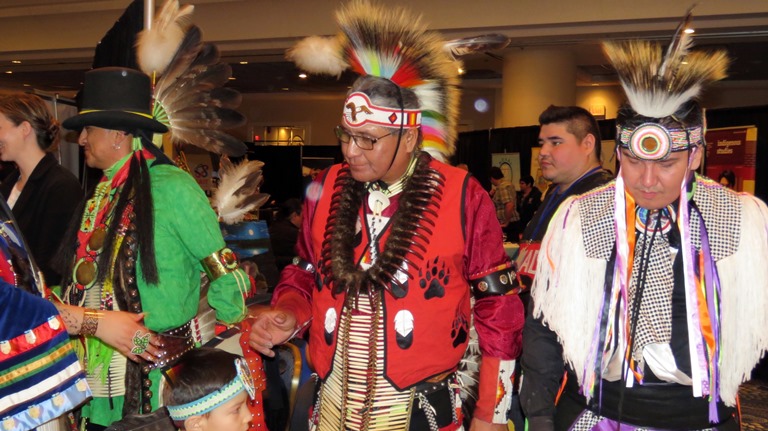 Dancers in traditional regalia supplied graceful dancing during the conference and career fair.

The Treaty 6 ASETS Employment Partnership and Career/Job Fair is an initiative created in 2013 via a partnership between the Treaty Six Aboriginal Skills, Employment and Training Strategy (ASETS), and Alberta Human Services/Labour. The idea was to work together and create solutions to overcome barriers and other obstacles that barred the way to meaningful employment. The partnership has worked well over the years as more and more businesses and companies join with Treaty 6 ASETS each year. Organizers said that there are potentially more than 16,000 jobs available in Alberta.

The Career/Job Fair is held annually in an effort to increase societal awareness and to create active participation between government, industry, business and educational institutions in an environment that showcases career opportunities and allows the more than 30,000 First Nations workforce members “to market their skills in an effective and meaningful recruitment environment.”

Grand Chief Morin says defaced Sir John A. MacDonald statue would not be welcome in Alberta