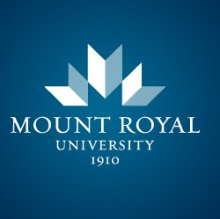 Members of the Truth and Reconciliation Commission of Canada, the Honourable Justice Murray Sinclair, Dr. Marie Wilson and Chief Wilton Littlechild, will receive the 2016 Calgary Peace Prize from Mount Royal University at the Taylor Centre for the Performing Arts on April 7, 2016.

The award, which is presented by Mount Royal’s Faculty of Arts Peace Studies Initiative, recognizes those who strive for peace, social justice and integrity of the environment.

“This award recognizes the work done by the Commission in the hope that conversations on Indigenous rights continue,” said Mark Ayyash, assistant professor of sociology, who is on the Peace Prize’s organizing committee. “Not only is Mount Royal University on the traditional lands of the Blackfoot People (Niitsitapi) and Treaty 7 Nations, but the campus benefits from having Indigenous knowledge, practices and culture embedded into the community.”

The Truth and Reconciliation Commission of Canada (TRC) spent six years hearing what happened to children who attended Canada’s residential schools and documenting the stories of survivors, their families and communities. On June 2, 2015, the TRC released their findings to the public, along with 94 calls to action. The final report was presented on December 15, 2015.

“We all have an opportunity to show leadership, courage and conviction in helping heal the wounds of the past as we make a path towards a more just, more fair and more loving country,” Sinclair said.

The Calgary Peace Prize was established in 2006 by the Consortium for Peace Studies at the University of Calgary. Past winners include Retired Lt.-Gen. Roméo Dallaire, Dr. Samantha Nutt and Emmanuel Jal.

“By recognizing those who dedicate their lives to resolving conflict and promoting peace, we are engaging our communities in conversations about what humanity is capable of — both for good and bad. From this space we can build a society that can resolve conflicts without resorting to violence and discrimination,” said John Lamming, Chair of the 2016 Calgary Peace Prize committee.