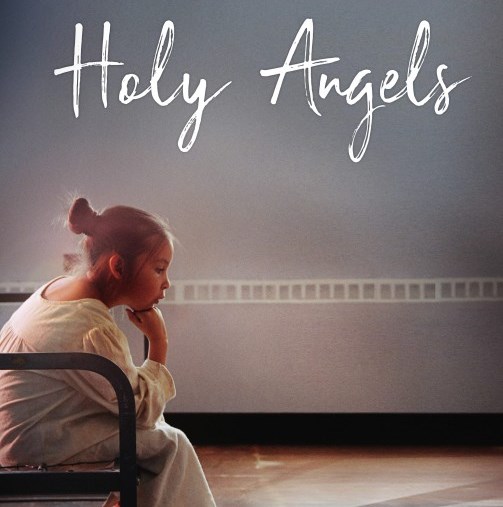 (ANNews) – Indigenous filmmaker Jay Cardinal Villeneuve will be in Edmonton on September 30, 2018 to attend the premiere of his acclaimed film “Holy Angels” at the Edmonton International Film Festival (EIFF).

The short documentary (14 minutes) tells a powerful and personal story about Canada’s colonialist history through impressionistic images and the fragmented language of a child. It will be screened at the Edmonton Landmark 9 Cinemas (10200 102 Ave) on September 30 at 4 pm and October 2 at 1:30 pm. It will then be screened at the Vancouver International Film Festival on October 6 and 8.

The filmmaker’s attendance at EIFF will be most meaningful for both the filmmaker and the Alberta audience in that his film takes place at an Indian Residential School in Northern Alberta and he is an Alberta Indigenous filmmaker. 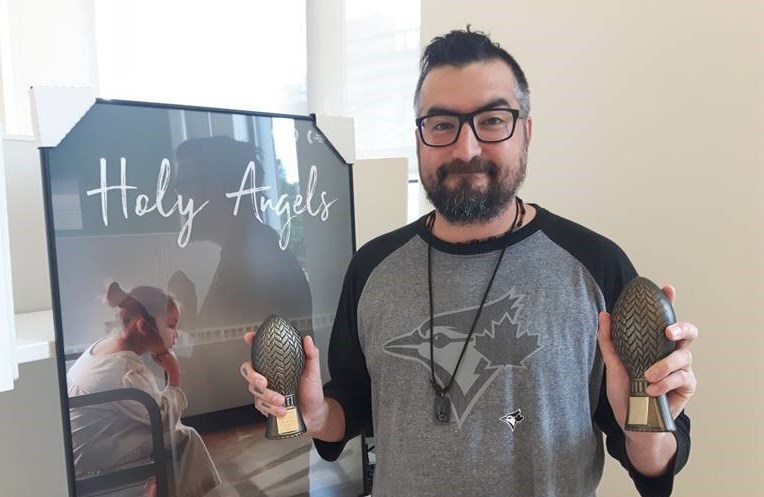 Filmmaker Jay Cardinal Villeneuve will be at the Edmonton International Film Festival for the premier screening of his award winning short film ‘Holy Angels.’

Villeneuve was born in Wabasca and grew up in Slave Lake, Alberta – a member of the Bigstone Cree Nation in Northern Alberta.  From March 2011 to June 2015, he worked as a videographer, recording the private testimonials of residential school survivors for the Truth and Reconciliation Commission, which was organized in response to the abuses of Canada’s Indian residential school system.

Documenting the horrific experiences of residential school survivors was difficult but important work for the young filmmaker. There he met Lena Wandering Spirit, one of the survivors he filmed for the TRC. Her story served as the impetus for his NFB-produced short film, “Holy Angels.”

In 1963, Wandering Spirit became one of the more than 150,000 Indigenous children who were removed from their families and sent to residential school.

She spent six years at the Holy Angels Residential School in Fort Chipewyan, Alberta. Against a backdrop of now-empty hallways and classrooms, fragments of memory return – the shadowy figures of nuns, bits of remembered catechism, and the nightmare sounds of the basement boiler.

“They call us by number,” she remembers. Wandering Spirit’s experience, like that of many other adult survivors, remains jagged and bright with pain and fear. But other, deeper memories also endured – of running barefoot in summer and picking berries, of stories shared, and of the warmth and love of family.

Five-year-old performer Phoenix Sawan brings Wandering Spirit’s recollections to vivid life, dancing through an abandoned building in easy defiance of the bleak history of the place. Filmed with elegance, precision, and fierce determination to not only uncover history but move past it, “Holy Angels” speaks of the resilience of a people who have found ways of healing – and of coming home again.

“Holy Angels” is a powerful film that has already been warmly received as genuinely moving. Patrick Mullen in Point of View magazine writes, “The images of the residential school are haunting, but there’s a strong sense of catharsis, of healing, as Wandering Spirit puts on record a story once lost. Her story is one of many compelling tales worth giving pause to in the ongoing efforts for reconciliation.”

The film has garnered three awards to date, including the prestigious Founder’s Award and Indigenous Award at the Yorkton Film Festival and it was selected for opening night at the ImagineNATIVE Film and Media Arts Festival 2017. Watch the trailer here.

“Holy Angels” is produced by Selwyn Jacob, with Shirley Vercruysse as executive producer for the NFB’s B.C. and Yukon Studio in Vancouver.

Jay Cardinal Villeneuve graduated from the Indigenous Independent Digital Filmmaking Diploma Program at Capilano University and was selected to take part in the inaugural Whistler Film Festival Aboriginal Filmmaker Fellowship. Over the last decade, he has independently produced his own films and had acting roles in The Revenant (2015) and the APTN series Coyote Science. Jay currently lives in Vancouver, BC, Coast Salish territories.

Villeneuve describes the impetus for the film. In an NFB  interview he says, “One of the things that stuck with me while listening to residential school survivors was the out-of-body experiences they had while being horrifically abused, when they were children. I struggled with hearing these stories. It is one thing to hear second-hand about abuse, but it’s very different when a survivor tells you their story right to your face. I cried every single day I worked with residential school survivors. I hold a lot of anger in my heart towards the church, organized religion, and the Canadian government because of this. On the one hand, I wish I had never heard these stories, but on the other I’m glad that I did, because I know the truth.

Film, he says, “is another way of revealing the truth. It’s imperative that we tell our own stories, otherwise we’re enabling colonization in the sense of non-Native people portraying First Nations’ history, culture and tradition. Unfortunately, “Hollywood Indianisms” still exist, and this romanticized mentality promotes ignorance and racism towards Indigenous people. For me, making films is my own form of activism. It’s how I can represent and showcase what I feel is important right now.

“Film is a very powerful weapon. As it’s a relatively new means of storytelling for First Nations people, we can utilize it for healing, decolonizing and teaching. But it’s also about entertainment. There are so many variables through which filmmaking can contribute to restoring the story of the attempted eradication of our people, so I’m going to try and trailblaze a warpath with my films and hope to inspire along the way!”

See “Holy Angels” at the Cinema Landmark 9 Theatre in Edmonton on September 30 and October 2 as part of EIFF.