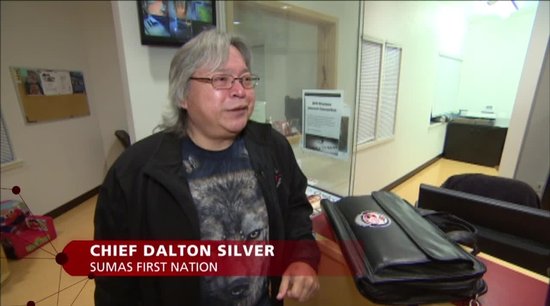 (ANNews) – On Saturday June 13, 2020 the Trans Mountain pipeline in Abbotsford, BC spilled an estimated 150,000 litres of crude oil into the environment. In other words, they lost 1,195 barrels.

The pipeline was immediately shut down after the company learned of the spill.

Trans Mountain stated that despite the spill, their environmental monitoring systems detect no threats to any of the inhabitants (wildlife excluded), waterways, or air.

They also said the free-standing oil collected will be sent to an approved facility for disposal.

“Clean-up is well underway with trucks and crews working around the clock,” said Trans Mountain in a statement.

The incredible loss of oil came from a single fitting on a small, 1 inch in diameter piece of pipe connected to the mainline.

B.C’s Ministry of Environment said the spill was “deeply concerning.”

“Our government maintains that the TMX project poses unacceptable risks to our environment, our coast and our economy. The ministry of Environment will continue to monitor the situation and ensure all timely, appropriate and adequate response measures are taken,” the Ministry said.

“The spill occurred at the Sumas Station which pumps up to the tank farm on Sumas Mountain and where the line intersects South to Washington. Oil was released within the Station and migrated to the adjacent field which is owned by Trans Mountain and is apparently leased for agricultural uses as a pasture for grazing cows, who have all been moved. Trans Mountain issued a statement that the spill has been contained, although it is not releasing the volume of the spill yet and has shut down the pipeline,” began the statement.

Chief Dalton Silver, Sumas First Nation, stated, “Our main concern is for the clean-up of this spill and preventing further impacts to our territory. We need to have our monitors on the ground immediately. We need to understand what is going on from our point of view, how much oil spilled, what has been impacted, and what needs to be done to clean it up. We cannot continue to have our land desecrated by oil spills. This is the fourth time in 15 years that this pipeline has had a spill on our land. The proposed Trans Mountain expansion route would see an additional pipeline crossing one of our sacred sites, Lightning Rock, at two spots. We will do absolutely everything we can to prevent this from happening- an oil spill at Lighting Rock would be horrific for our people.”

“We conducted our own assessment of Trans Mountain using leading science and Tsleil-Waututh’s Indigenous law that concluded that oil spills are inevitable, can’t be fully cleaned up, and have devastating effects,” said Chief Leah George-Wilson, Chief of Tsleil-Waututh Nation. “This most recent spill is another reminder that the risk is too great to accept. The Trans Mountain pipeline has already spilled more than 80 times since it began operating. This is why we continue to fight the Trans Mountain Expansion in the courts.”

“The price of oil has plummeted due to decreased demand caused by COVID-19, and yet another pipeline spill is like a nail in the coffin for investors,” concluded Chief Don Tom, Vice-President of the UBCIC. “The ongoing demonstrations across Turtle Island right now show that people are ready to stand up and defend their beliefs including upholding Indigenous Title and Rights. I have no doubt this will extend to the widespread opposition that already exists to the Trans Mountain pipeline expansion. We are getting tired of having to constantly remind Canada and BC of their commitment to uphold and implement the United Nations Declaration on the Rights of Indigenous Peoples which clearly articulates that Indigenous peoples impacted by a project must provide their free, prior and informed consent before the project can proceed.”

The Abbotsford pipeline was said to have restarted on Sunday afternoon after all safety requirements were satisfied.

BC Indigenous Leaders, Doctors, Nurses And Others Call For Closure Of Construction Camps