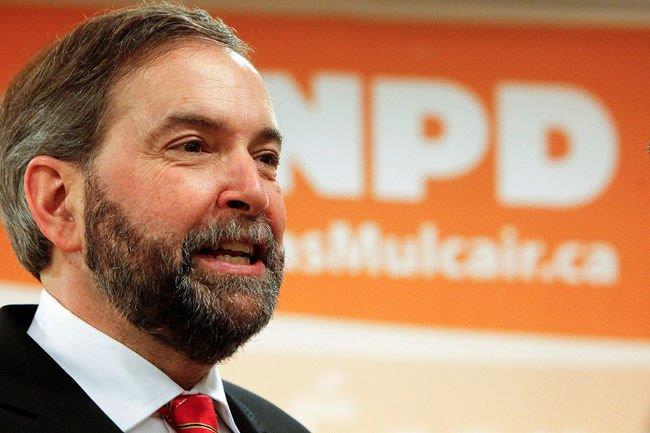 NDP leader Tom Mulcair launched the NDP Indigenous platform at the Forum, committing to a Nation-to-Nation relationship with First Nations, implementing the United Nations Declaration on the Rights of Indigenous Peoples and action and investments to address the national crisis of murdered and missing Indigenous women, education, infrastructure, housing, and Indigenous languages.

“The NDP Indigenous platform addresses many of the key commitments in the AFN’s Closing the Gap document that sets out our priorities for this election,” said National Chief Bellegarde. “We will do a more thorough analysis but the NDP Indigenous platform is comprehensive and commits to immediate and ongoing engagement between First Nations and the government at the highest levels to ensure we can set a strategic approach for progress and closing the gap.”

“First Nations priorities are Canada’s priorities and must be addressed in this federal election campaign,” said AFN National Chief Perry Bellegarde in Enoch Cree Nation near Edmonton.  “We are holding this Forum to pressure all parties to set out their vision and their commitments to First Nations and to engage with us in real dialogue.

‘We are telling every party leader and every MP now and in the future that they must listen to our voices and work with us to close the gap in the quality of life between First Nations people and Canadians because our people matter, our priorities matter and our votes matter. The human and economic costs to maintaining the gap that exists between our peoples and the rest of Canada are detrimental to all of us. Investments must be made now. When First Nations win, we all win.”

National Chief Bellegarde and members of the AFN Executive Committee, including Elders, women and youth representatives were in attendance at the Open Forum. Topics of discussion included specifics on identification requirements for voting and maintaining momentum to address priorities leading up to and after the election October 19.

“By stark contrast, the Conservatives are attempting to win public support by deliberately fomenting racial divisions within Canadian society- an insult to the Canadian public.”

“The Harper Government’s dismal record, beginning with trashing the $5.2 billion Kelowna Accord, continually and progressively cutting funding to Aboriginal communities and organizations, and a stubborn, irrational refusal to support a National Inquiry into Missing and Murdered Indigenous Women and Girls, demonstrates that the Conservative Party of Canada remains a party of aging, ignorant, and racist bigots.”

He concluded, “On behalf of my 15 grandchildren, I am looking forward to exercising my right to vote on October 19th, to get the Harper government out, and encourage everyone to do the same – let’s make real change!”

For more information on the AFN’s First Nations priorities for the federal election and on closing the gap visit: http://www.afn.ca/uploads/files/closing-the-gap.pdf

Nov. 25: AFN Marks International Day for the Elimination of Violence against Women