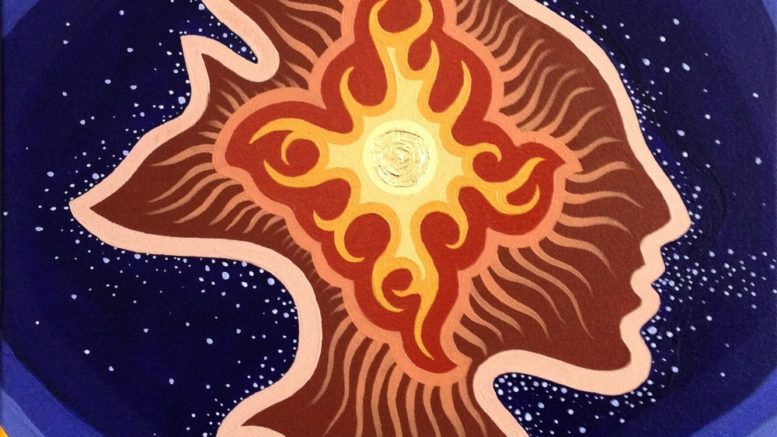 (July 2019) – The beautiful painting on the cover of this month’s Alberta Native News is by Aaron Paquette, an award winning author, artist, speaker, Nehiyaw, Métis, and Edmonton City Councillor for Ward 4.

Councillor Paquette was recently asked to open an Urban Planning meeting and he did so with an acknowledgement of Treaty. He began with a preamble that he felt was important, to bring context and help build understanding for why this small recognition holds a great deal of meaning. His words appear below:

“On occasion, Council or Committee will offer a Treaty acknowledgment to begin the proceedings. This is in response to the 94 recommendations made by the Truth and Reconciliation Commission. To many, it can come across as rote, as a signal of virtue, or simply checking off a box. 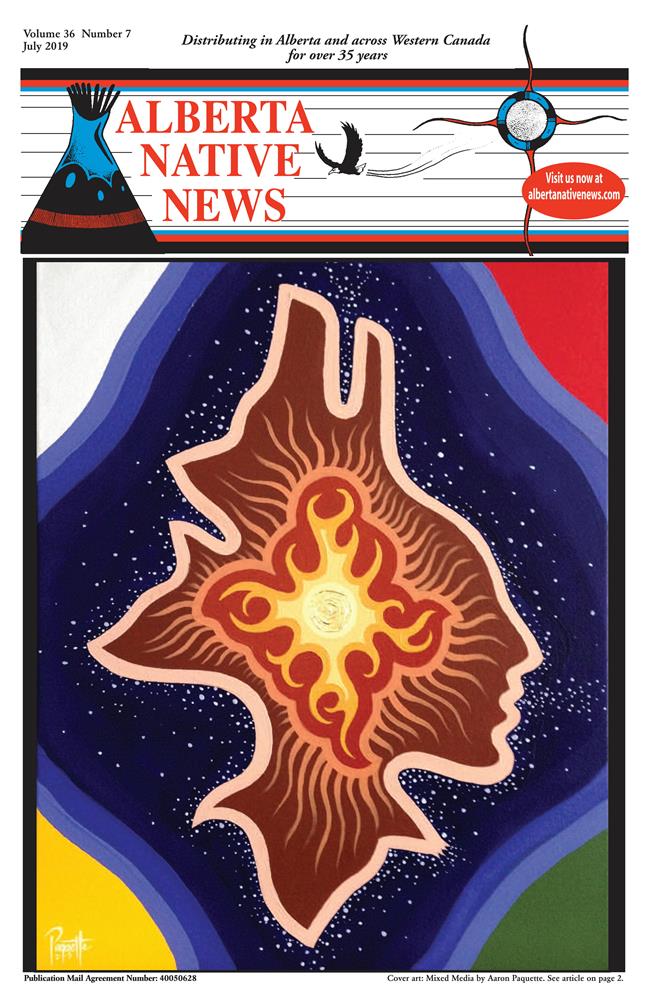 The words become almost like a ritual that can be anticipated and spoken, but perhaps not always really heard or understood.

So today I would like to offer something a little different. I would like to give, in a brief and small way, an explanation of why we offer Treaty acknowledgements and what it actually means to me, and for all of us.

Considering that we are on the tail end of Victoria Day, it seems appropriate to talk about these agreements made with Canada (the British Empire) on behalf of her Majesty the Queen.

To begin, the numbered Treaties in Canada were signed over a period of decades across much of this nation.

Indeed, they can be considered the founding documents of this country; they are legal apparatuses that allow Canada as we know it to exist. The Treaties were signed not in culmination of war, but as a formation and certainty of peace.

Municipalities, provinces, and the federal government are bound by the language of laws. The English language is a noun-based language that, by its nature, lends itself to the concept of physical, time-based ownership. The Cree language is a verb-based language that, while certainly has nouns, is more focused on action, relationships, and an understanding of cycles and impermanence. As you can imagine, this led to two entirely different understandings of what the words of Treaty conveyed.

This difference could have led us to fundamentally important understandings of one another and concepts that could grow and strengthen relationship and, in many ways, one could argue it did. However, it also led to some of the most terrible actions we can imagine; it led to acts that produced many of the social ills we see today when we think of Canada and First Nations, Metis, and Inuit people. This was, in large part, due to the Indian Act: a rarity in that it is a solely race-based piece of legislation and a fundamental tool by which Treaties were weakened. 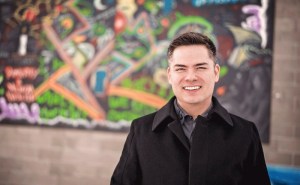 The Indian Act: denied women status, introduced residential schools, created reserves and renamed individuals with European names. It restricted First Nations from leaving the reserve without permission from an Indian Agent – (the pass system was a policy endorsed by the government; it was never an Order in Council or Regulation but was definitely designed to keep First Nations on the reserve). It physically relocated reserves away from municipalities if it was deemed expedient and denied First Nations people the right to vote.

These acts of genocide did not just occur in the past, but their echoes persist. More than half of the children in care in Canada are Indigenous. First Nations, Metis and Inuit women and girls continue to go missing in a country where they represent a small percentage of the overall population, but a disproportionately large percentage of crimes are committed against them. The majority of ills are a direct result of generations of abuse, neglect, and dishonouring of Treaty agreements at the hands of the federal government.

Many people feel resentful when they hear these sobering statistics and more. They should not. No one here is to blame.

But Canada has been the beneficiary of this colonialism and Treaty acknowledgments are one way by which we begin to heal this relationship so we might prosper together. Our yesterdays have been determined. Our tomorrows are waiting for us to decide.

I will add at this point that everything that happened was technically legal.

The law can control a person’s autonomy, it can control their body, their right to express themselves, and their freedom to live and love as they feel they should.

As I give this acknowledgement, I would ask you to reflect on the power and purpose of government, and to ponder your place within it.

Treaty Acknowledgement: I’ll call the meeting to order and acknowledge that Council meets on the traditional land of Treaty 6 Territory. And I’ll also acknowledge the diverse Indigenous peoples whose ancestors’ footsteps have marked this territory for centuries such as: Cree, Dene, Saulteaux, Blackfoot, Nakota Sioux, as well as Metis and Inuit, and now settlers from around the world.”

Be the first to comment on "Feature artist for July 2019: Aaron Paquette"