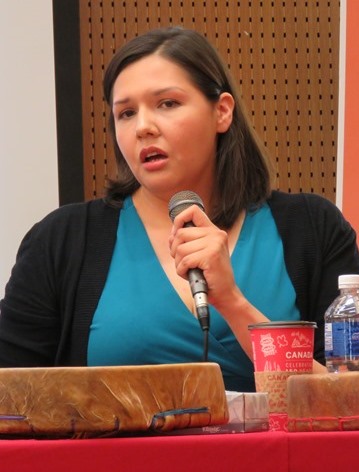 (ANNews) – Since 1965 NorQuest College has trained the vocational professionals of Northern Alberta but it has only been within the last few years that the voices of Canada’s First Nations, Métis and Inuit students and faculty have begun to be heard.

On June 23, the main lobby of NorQuest in downtown Edmonton, was jam-packed with students, faculty and people from the greater Edmonton community for a day of teaching and learning.  “This year we had 114 graduates who self-identified as Indigenous.  There were probably more people also, who just chose not to identify themselves openly,” explained student organizer Crystal Thompson who came to Edmonton from the Alexander First Nation.  Thompson, who has been spearheading the Indigenous Mentorship program at NorQuest, reiterated for the large group in attendance the critical importance of Indigenous student contributions to the college.

The day began with a closed smudging ceremony for the program’s organizers and contributors.  Attendees were warmly welcomed with lively drumming and soulful singing as student discussion panelist took to the stage.  With the national celebration of Canada’s 150th only a week away, many Indigenous students and faculty were grappling with very mixed emotions about the pending commemoration – a topic at the forefront of everyone’s awareness.  Panellists were asked about their personal feelings regarding Canada’s 150. 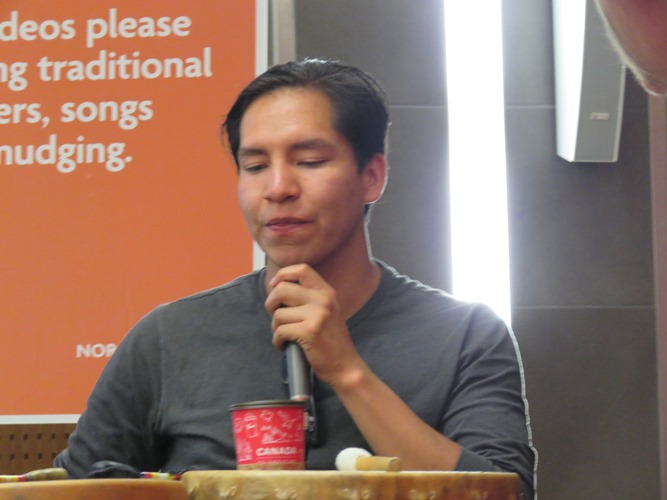 “It’s not that I’m against celebrating Canada Day,” commented student panelist Tyler Bruce.  “I just have a problem with the scale, the amount of money that’s being poured into fireworks and stuff like that.”  He paused and leaned back in his chair visibly trying to choose his words carefully.  “There are communities out there that don’t have access to clean running water, and the government is dropping billions for this one day.  I don’t think I’m planning to celebrate Canada Day, I don’t really feel like it’s my holiday, that’s all.”

Fellow panellist Crystal Thompson nodded thoughtfully and jumped in commenting that “Most of you probably already know that all the Provincial parks like Banff and Jasper are free to go to this year, right?” Audience members nodded affirmatively.  “At first glance it seems like an awesome way to let people celebrate Canada’s 150,” more nods.  “You may or may not know that as First Nations peoples we are entitled to enter Provincial parks free of charge always, it is our right.  Do you think this right is being observed?  I’ve always been forced to pay entrance to go to Banff and Jasper.  These are basic rights that the government of Canada is supposed to recognize and they aren’t living up to their end of the deal.” 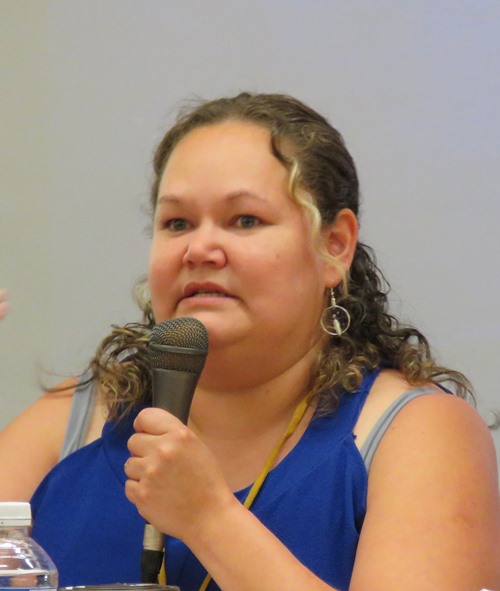 Crystal went on to explain that she too, like Canadians across the country, would be taking advantage of the free parks admission this summer to go collect natural medicines in the forest.  “But with so many people stomping through the land, I’m really worried about what will happen to the plants and animals of our traditional spaces.”  Like Tyler, Crystal was not planning on going to any fireworks displays or Canada Day barbecues.  “I just have my own traditions of celebration.”

For many in attendance, the panel discussion was a harsh introduction to a stinging controversy surrounding the realities of Canada’s 150th.  With so many First Nations, Métis and Inuit communities still struggling for the most basic human rights many are left wondering if Canada 150 really represents all Canadians.

“Today, we celebrate the 150th anniversary of Confederation. We come together as Canadians to celebrate the achievements of our great country, reflect on our past and present, and look boldly toward our future,” declared Prime Minister Justin Trudeau during his official Canada Day address.  “At the heart of Canada’s story are millions of ordinary people doing extraordinary things. They exemplify what it means to be Canadian: ambitious aspirations, leadership driven by compassion and the courage to dream boldly. Whether we were born here or have chosen Canada as our home, this is who we are.”

But does this “we” truly represent all Canadians?  And should this “compassion” Trudeau referred to not extend further to consider the civilization that not only predated Confederation – but also predated Europeanization.  Many Canadians have expressed that in addition to the remarkable cultural, technological and humanitarian innovations we have made as a nation, we must also actively take responsibility for our historical legacy. 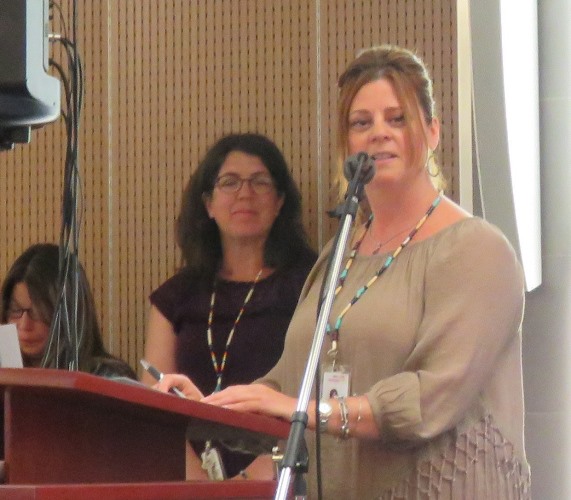 Later, in smaller discussion circles, one woman commented to the group: “Right now I’m trying to lean how to write better so that I can write a book, because right now the history books have it all wrong.”

Her point was well taken – the history of First Nations, Métis and Inuit peoples is the bedrock of all Canadian history, yet remains the least understood chapter of our national narrative.

“My first memory is from when I was about four and I was being taken away from my mother.  I didn’t speak English, only Cree.  I didn’t know what people were saying to me, and I’ve still never screamed as loud as I did that first night away from home when the nuns put me in a bathtub of bleach and scrubbed my skin raw.  But the history books leave out those stories.”

Over hearty meat stew and fresh bannock attendees were invited to mingle and share their thoughts.  Many newcomers to Canada expressed their utter shock, having not known anything about the First Nations, Métis and Inuit peoples’ struggle for basic equality and recognition of fundamental human rights.  Several NorQuest students hurried to buy handmade lanyards to visibly display their solidarity with their fellow Indigenous students.

Following lunch, back in the small discussion groups, people were given the opportunity to articulate their feelings and thoughts and ask any questions they might have.  The goal of the event, to teach and learn, had very clearly been achieved. 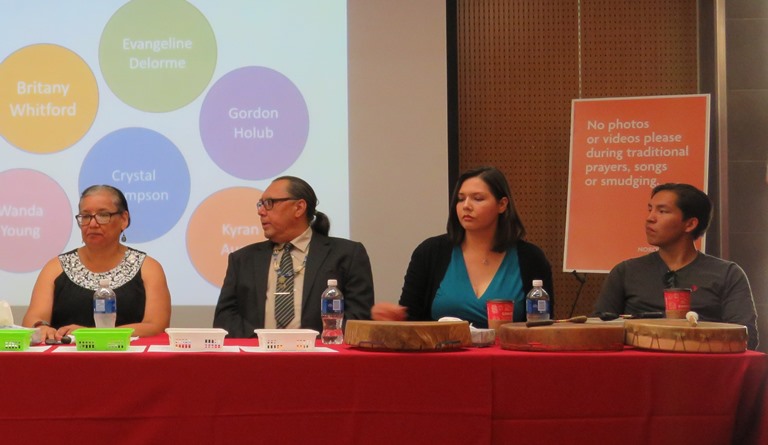 Within one discussion circle an older NorQuest student told her fellow group members, “My people value human connection and we show this in many ways, but the most basic is the hug.  Many people don’t know how to hug each other properly.”  She turned to the woman next to her, an immigrant from Jamaica, and hugged her avoiding any extraneous physical contact.

“Do you see what I mean?” she laughed.  “That’s not a hug, I’m going to teach you what a real hug is,” and she proceeded to embrace each member of the group as though they were a beloved family member.  “That’s a real hug!”  During Trudeau’s speech he commented: “Our efforts toward reconciliation reflect a deep Canadian tradition — the belief that better is always possible.”  The hugs being shared by the only recently acquainted discussion group participants exemplified Trudeau’s hopes for the future. 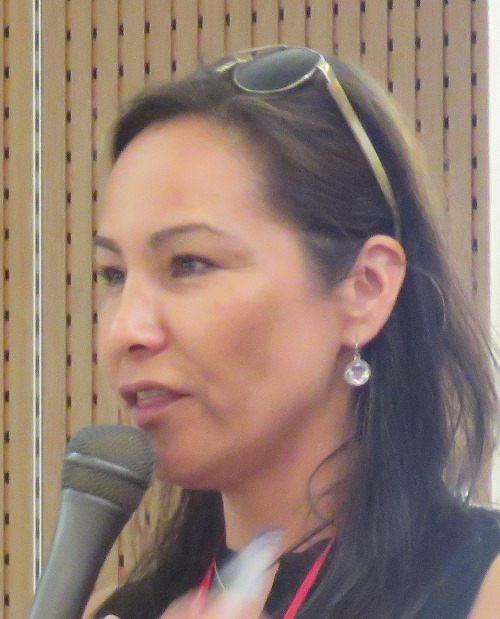 Initially, I had not planned on attending Edmonton’s fireworks display downtown on Canada Day.  But after listening to the panel of NorQuest students, I felt oddly compelled to go and see how 150 years of Canadian history would be celebrated through costly pyrotechnics.  I stood on tip-toes to contort for a better view, but the fireworks themselves were entirely unremarkable, and after fifteen thunderous minutes, the spectacle was nothing more than a memory.

On the way home, Tyler Bruce’s words replayed in my head: “There are communities out there that don’t have access to clean running water, and the government is dropping billions for this one day.”

We as a nation will only be able to truly take pride in our history after we as a society acknowledge the entirety of our Canadian legacy – with honest dialog and meaningful actions in pursuit of sincere reconciliation.

“As we mark Canada 150, we also recognize that for many, today is not an occasion for celebration. Indigenous Peoples in this country have faced oppression for centuries. As a society, we must acknowledge and apologize for past wrongs, and chart a path forward for the next 150 years – one in which we continue to build our nation-to-nation, Inuit-Crown and government-to-government relationship with the First Nations, Inuit and Metis Nation.”

Lovely sentiments, and elegant promises – but for Crystal Thompson, Tyler Bruce and the rest of the NorQuest student and faculty event organizers words mean very little when they are not accompanied by action.

Exciting Metis jigging and fiddling celebration and competition will be held Feb. 18 &19