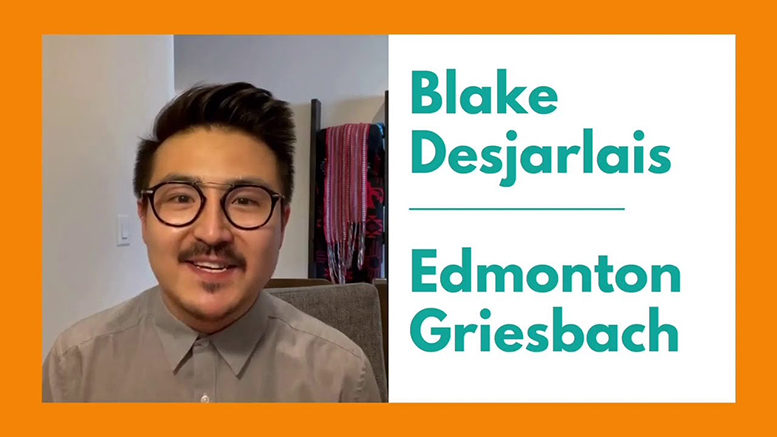 “Canadians take for granted the tremendous wealth, privileges and rights that we have in Canada, but the reality is not everyone enjoys them,” Desjarlais told the Alberta Native News.

“That’s what began my journey in politics — understanding why some people had them and some people didn’t, why the towns and cities had cleaning drinking water, and the reserves and Metis Settlements didn’t, (and) why the unemployment rate was so disproportionately high in Indigenous communities.

“These are things you can’t ignore.”

Desjarlais was born and raised on the Fishing Lake Metis Settlement, which is 300 km northeast of Edmonton, bordering Frog Lake First Nation. His father, who died when Desjarlais was 12, was a carpenter who built homes across the province.

He came to Edmonton when he was 17 to study at MacEwan University. “It was just one hell of a time there. I left largely due to racism against Indigenous people,” said Desjarlais, who wanted to study architecture, influenced by his father, as well as famed Indigenous architect Douglas Cardinal, who designed the Canadian Museum of History in Ottawa.

While post-secondaries talk a big game when it comes to recruiting Indigenous students and helping them advance their careers, they don’t have the support systems in place for many of them to succeed, he says.

Once he reflected on the history of Confederation and how an overseas empire imposed its will on Indigenous peoples through the Indian Act, he understood that his experiences were the result of deeply-embedded racism throughout Canadian institutions.

Desjarlais says that he’s running for the NDP because of his frustrations working with the federal Liberal government over the past six years in his role as the national director for the Metis Settlements General Council.

“It’s difficult right now,” he said. “I’ve heard from so many Indigenous leaders across the country, who are stuck in this position where they feel as if they must get these alliances (with) the Liberal government in order to advance issues related to their communities.”

“Working with the Liberals, it’s just so slow. There’s a lot of talk but there’s very little action,” says Desjarlais. “The reality is Indigenous people can’t wait. We’ve been waiting 150 years for our constitutional rights to be respected.”

Desjarlais is running against Conservative incumbent Kerry Diotte in the September 20 election, who was re-elected in 2019 with 51 per cent of the vote.

While many see the Alberta NDP and federal NDP at odds over the former’s support for the oil and gas industry, Desjarlais says he’s gotten a lot of support from the provincial party, particularly from Irwin and the other two MLAs whose ridings overlap with Griesbach — David Eggen and Chris Nielsen.

Desjarlais calls himself the “exact opposite of who Kerry Diotte is and what he represents,” blasting Diotte for voting against banning conversion therapy for LGBTQ people as a major example.

With almost 10% of Edmonton-Griesbach’s population being Indigenous, he says they can play a major role in flipping the riding from blue to orange.

Desjarlais says electing more Indigenous people to office will have a positive impact, regardless of which party they represent.

“That’s what’s at stake here — making sure Indigenous perspectives are uplifted and we share our learning with the world. We have so much to teach and so much to say as Indigenous people through our experience that has been largely rejected, hidden and ignored,” says Desjarlais.

“This is the time right now — 2021 — where we’re going to turn a new leaf. Let’s show the world what Indigenous people can do.”