(ANNews) – The overwhelming number of delegates to the inaugural National Gathering of Elders said it all.

Well over 4000 individuals converged on the Expo Centre at Northlands Park in Edmonton, Alberta, for this first-ever event.

The September 11-14 gathering truly provided a magnet for what many claimed to be a “long overdue” event. It became a dream come true that was devised by Treaty 8 Grand Chief Rupert Meneen and the Aboriginal communities responded in a big way as thousands poured in from all across Canada, coast-to-coast-to-coast, including the northern territories and Nunavut. 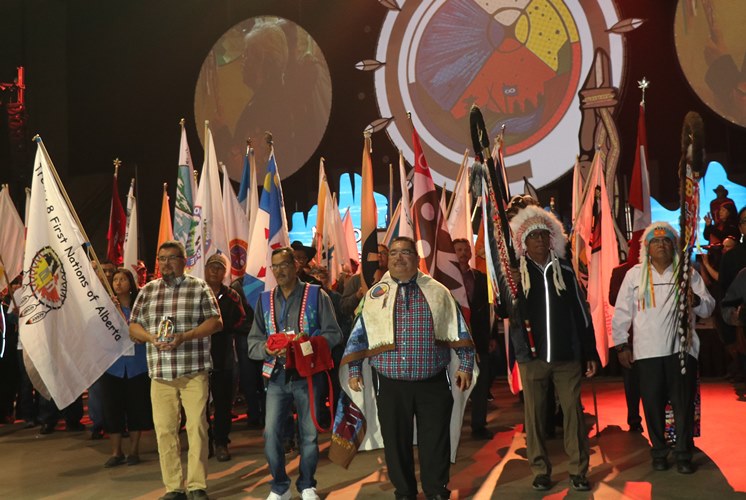 And what a time they had! It really was quite the celebration – of culture, songs, music, dancing, laughter and, yes, connecting with others. For many it was an exciting time that will never be forgotten. If nothing else, it definitely drove home the point that it was an occurrence that people thirsted for, took advantage of, and emptied their pockets and hearts to be part of. For so many it proved an electrifying experience.

Needless to say, it was truly a successful “coming together” that participants desperately wanted to experience.

Well, they’ll definitely have that opportunity again, in 2019 when the 2nd National Gathering will be held in Manitoba, likely in Winnipeg with the Peguis First Nation playing host. This fact was largely unknown until the gathering’s final day when the sacred fire bundle was formally and ceremoniously transferred from the Alberta organizers, led by Grand Chief Rupert Meneen, who safely and personally placed it into the waiting hands of Peguis Chief Glenn Hudson. 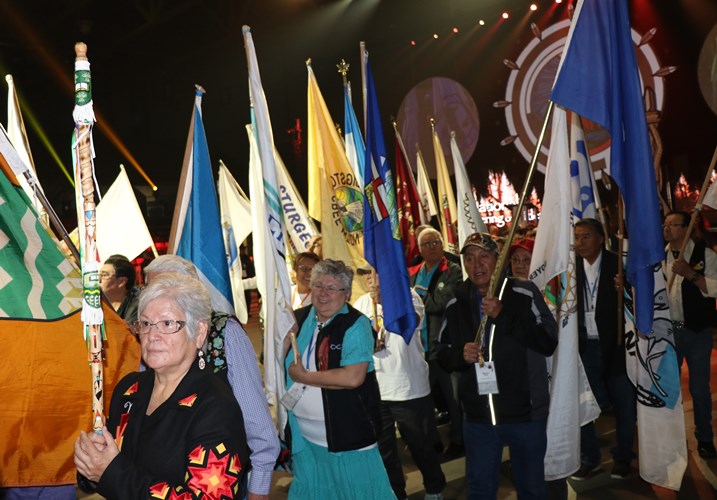 Committee member Marilyn Buffalo walks out with others in closing ceremony of National Gathering of Elders.

As with many major events among Indigenous people, the celebration of culture played a prominent role throughout the four days. Each and every day, culture was front and centre, beginning with morning pipe ceremonies and followed by the day-long calendar of events. Cultural events featured songs, music and dance that were thoroughly enjoyed by attendees who would tap their toes, drum, sing, bob and weave, sweep and sway, and just have an all-around great time.

Day One offered a couple of special appearances by singing sensation Crystal Shawanda whose country and blues stylings never fail to excite. The talented artist impressed people at both the Expo Centre and later, that same evening, at the River Cree Hotel and Casino, for the Corporate Sponsors Networking Gala. 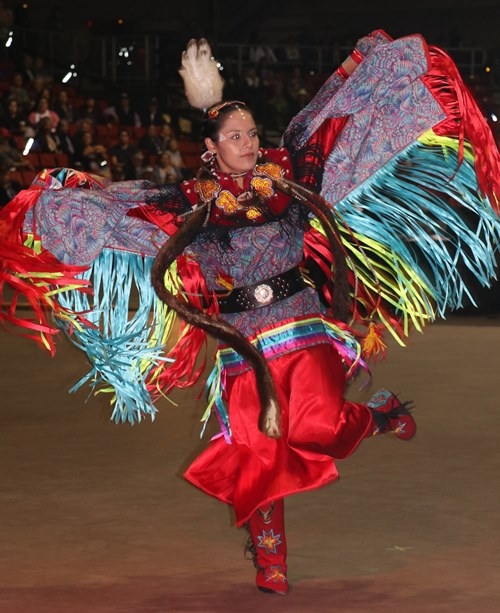 This fancy shawl dancer performed as part of the cultural showcase at the National Gathering of Elders in Edmonton last month.

Then there were the workshops.

A few of the more significant sessions offered were the ones that fell under the Elders Forums which focused on: Revitalization of Culture and Language with special guest MP Robert Falcon-Ouellette, and Reconciliation with special guest Dr. Wilton Littlechild, as well as sweat ceremonies, an Elders Talent Show, an Intertribal Showcase, and a Trade Show.

The session on Culture and Language had a full house. A number of the participants stressed the importance of and need to protect Mother Earth and the water. One delegate states that we should not be relying on government. “We need to do things ourselves.”

Yet another person addressed education as “our buffalo,” given the fact education feeds our brain and expands our knowledge base. This was further explained as a concept for the “acquisition of wisdom.” This same concept was reaffirmed by panelist Elmer Ghostkeeper who said that, as a child growing up, he learned “by listening and by acting.”  As for the younger generation learning their language, he later suggested that, “you need to go to the children and teach them.” 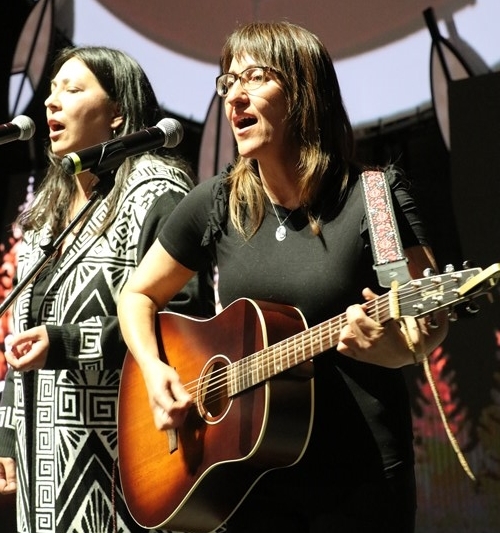 A Metis man in the audience said he wished he’d been in a position to learn his language.

In the Reconciliation workshop, Littlechild explained his struggles in trying to further the rights of Indigenous people and to have them recognized as “equal” to all others. At present, he said, we are still not looked upon as human. He also informed the Elders that, “your perspectives as Elders and wisdom keepers are so vital to the long-term commitment to reconciliation.”

Manitoba’s Ray Mason said, “There are 478 schools that “never made the grade to be included (in the compensation process). They need justice.”

Another Manitoban, Jack, from Frost Lake, mentioned his deep concern about water and the ecology.

The Elders Talent Show was presented on the final full day, Sept. 13, after the supper break. Originally, it was only meant to run until 9 p.m. but due to high interest and many entries – over 40 – it was extended until midnight. And, as with most older people, the majority of songs were country and western style. 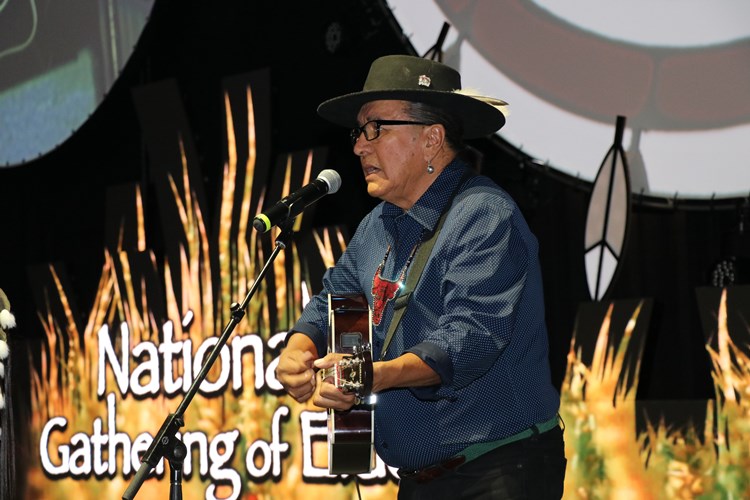 Audience reaction was quite high and supportive, even for the lower quality presenters. Folks got into the spirit of things by singing along, dancing and simply enjoying themselves.

The final day, Sept. 14, zeroed in on the closing ceremonies in addition to a video montage of the previous days’ events and people.

Robert Laboucane enjoyed the gathering. “It was interesting, especially the many different people from different places,” he said. He hopes to attend the next one in Manitoba.

Tammy from Saskatchewan, and Irleen also enjoyed attending. “It was a learning experience; it opened my heart,” stated Tammy. She felt badly that we lost so many Elders over the last while, ones who she felt would have loved being a part of the gathering. One of those, she added would have been her mom whom she lost five years ago.

“She’d have loved this!” she exclaimed.