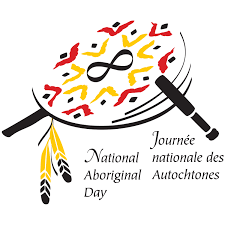 (ANNews) – June 21, 2016 marks the 20th anniversary of National Aboriginal Day (NAD). Initiated in 1996 by then-Governor General Romeo LeBlanc, Aboriginal Day falls on the summer solstice, the longest day of the year and a time when Aboriginal peoples traditionally gathered to share, trade, celebrate and reunite with loved ones. When the day was first introduced, the message was clear that all Canadians were encouraged to participate in the many festivities, and celebrate the values, traditions and cultures of Canada’s First Nation, Métis and Inuit peoples and their very important contributions to the nation. That message remains clear today.

This year those celebrations get underway as early as June 15 with a 7 p.m. NAD Book Discussion at the Edmonton Public Library at Whitemud Crossing and a Moosehide Ceremony at the ArtBox in Calgary the next day.  June 17 will see several lively NAD events being held at City Centre Mall in Edmonton and Heritage Park Pavilion in Stony Plain. Live entertainment is scheduled.

St. Albert’s NAD celebrations get underway early this year; join the fun on June 19 and enjoy the outstanding First Nation and Metis music offered up by a host of local and regional performers as well other acts and venues that will strut-their-stuff at Lion’s Park during a jam-packed day of activity, that includes face painting and other delights for children of all ages. Enjoy free bannock baking on a stick in front of a tipi and if you are over 18, participate in the 50/50 draws. The celebration begins with a traditional grand entry to showcase a full afternoon of First Nation, Inuit, and Métis entertainment and crafts.

The Art Gallery of Alberta is offering free admission on NAD to anyone who wishes to enjoy the awesome exhibits now on display in the AGA showrooms, located at #2 Winston Churchill Square. These include: 7: Professional Native Indian Artists Inc.; Richelle and Brittney Bear Hat: Little Cree Women (Sisters, Secrets & Stories); A Parallel Excavation: Duane Linklater and Tanya Lukin Linklater; The Unvarnished Truth: Exploring the Material (History of Paintings) and Allora & Caldzadilla: Echo to Artifact.

The Creating Hope Society (CHS), along with the Canadian Native Friendship Centre (CNFC), Edmonton Public School Board, Edmonton Catholic School District, Homeward Trust, and Edmonton’s Indigenous Relations Office will present Oti Nekan (Our Future) during a special NAD event that will take place at Borden Park Grand Stand on June 21 from 10 a.m. to 5 p.m. with an evening event scheduled between 6 and 9 p.m.  An 11 a.m. Pipe Ceremony will get the ball rolling and will be followed by a noon hour filled with Powwow demonstrations. Dene Tha Drummers will participate in a Tea Dance and traditional games beginning just before 2 p.m. and the popular group, Young Medicine will perform at 3:15. Join the Grand Entry at 4 o’clock and enjoy the beats of Host Drum, Blackstone Singers. Emcee Ron Moon Walker will introduce a host of performers including Daniel Gervais with Corbin Poitras, the Stephanie Harpe Experience, Marilyn Lamouche, James Jones, and others. 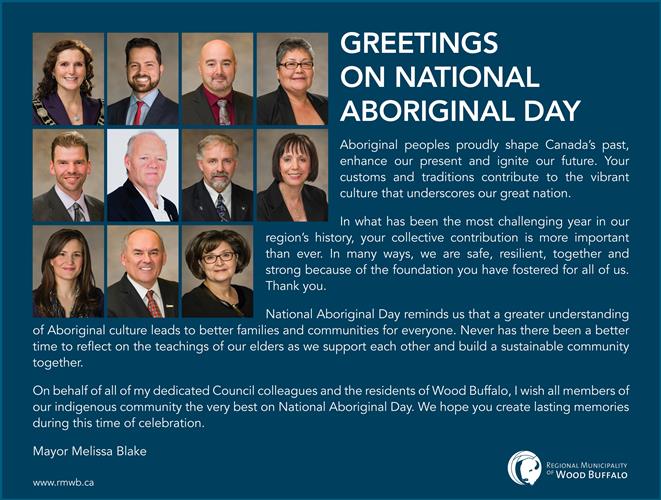 CHS will also host “Smudging of the Streets: For Unity and the Future of all Children and Youth,” a walk that will begin at the Edmonton Intercultural Centre (9538-107 St.) at 9:30 a.m. on June 21. CHS encourages women to wear long skirts and everyone to “bring your smudge, hand-drums and a bottle of water.”

The High Prairie, Cold lake and Lloydminster Native Friendship Centres will all host NAD events on June 21 at their respective locations; everyone is invited to attend.

The Bent Arrow Traditional Healing Society will host an NAD event from 8:30 a.m. to noon on June 21 at the Parkdale School in Edmonton (11648 – 85 Street). This a free event and a pancake breakfast is included. Bring your own lawn chairs and enjoy activities for children, tipi, bouncy castle, traditional games, crafts, face painting and more. Powwow dancers will participate and a round dance will get underway at 11 a.m. Everyone is welcome. 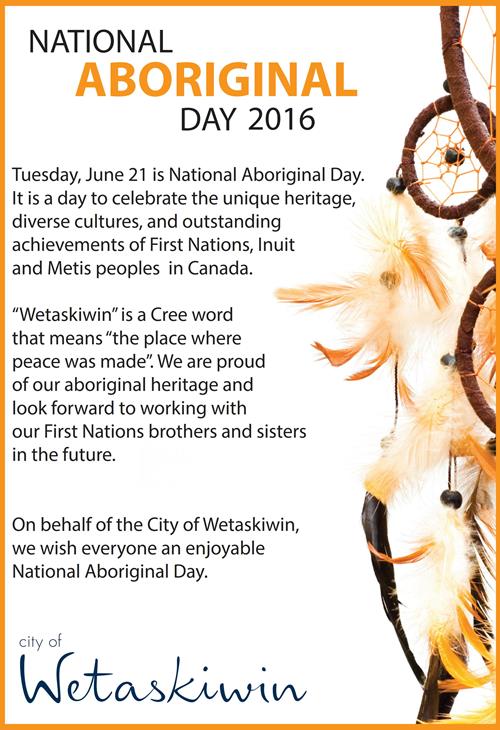 Some wonderful activities are happening in and around Calgary as well. Opening Ceremonies will be held at Olympic Plaza (228 8 Ave SE Calgary) on June 20, from 11:45 a.m. to 1 p.m. This event is to kick off the week of festivities and celebrations about Calgary for Aboriginal Awareness week. This event will feature entertainment by Drezus, have local artisans, free food (until gone) and the reading of the Proclamation by the Mayor of the City of Calgary.

Several activities will be held over the next few days at Globe Cinema, St. Patrick’s Island and centre Memorial High School. For information visit aawc.ca.

Aboriginal Awareness Week Calgary (AAWC) in partnership with Calgary Stampede, is holding a Family Day Festival and Powwow on June 25 at the Enmax Park, Calgary Stampede Grounds. Activities will take place from 9:30 a.m. to 9 p.m. and will feature free entertainment with performances from Indian City, DREZUS, the Sila Singers and Asham Stompers with Sagkeeng’s Finest.

During the next two or three weeks Canadians will find many places to visit and many NAD events to participate in and celebrate the histories, cultures and contributions of the First Nations, Metis, and Inuit people of Alberta and Canada. 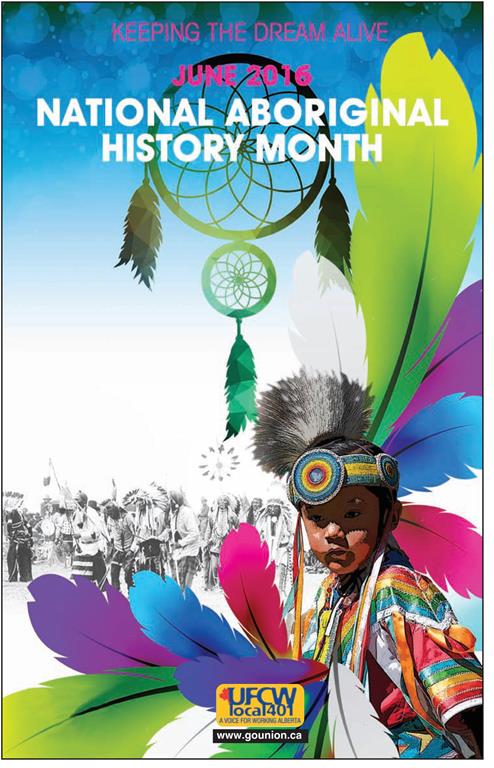 Aboriginal Canadians are the prime organizers when it comes to developing and hosting NAD events, but government support and mainstream society’s willingness to get aboard the celebration train to honour and remember the deeds and achievements of Canada’s Aboriginal peoples, has done much to enhance the popularity of the unofficial holiday. Each year millions of Canadians participate in more than 1800 National Aboriginal Day events that are held across the country. Figures indicate that the numbers of people attending the events has been rising steadily over the years. And that’s good news for festivity organizers who utilize the special day not just to introduce and teach the general public about Native lifestyle and culture, but also to celebrate such things as community and individual achievement, economic development initiatives, academic achievement at the end of another school year, historical site restorations, new creations, saluting community Elders, remembering war veterans, and more.

Click here for more information on what’s happening around the Province of Alberta on National Aboriginal Day.

To locate information on events in and around the City of Edmonton visit www.edmonton.ca and for events in the Calgary area visit www.aawc.ca. 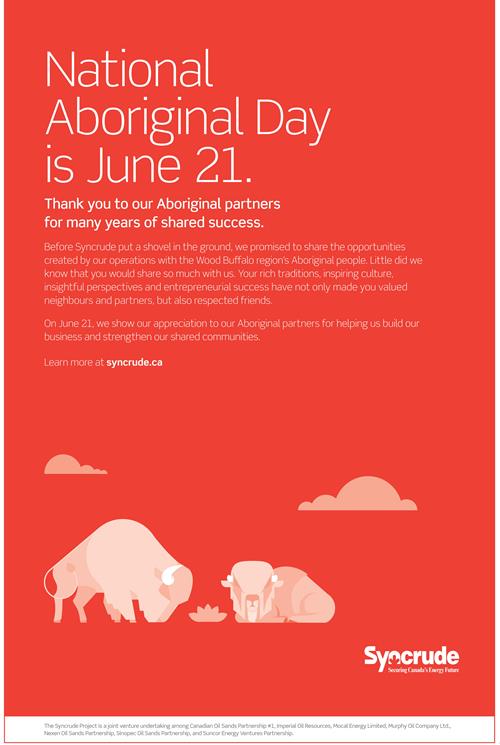 Join the National Aboriginal Day celebration in your community!