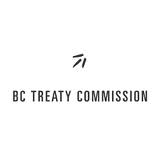 (Vancouver BC) – On October 13, 2016, the BC Treaty Commission released its 2016 annual report: “Treaty Negotiations, Reconciliation, and the UN Declaration.”

BCTC’s 2016 annual report outlines how modern treaties and the BC negotiations process are consistent with key principles of the UNDRIP and lead to reconciliation. Self-determination is a core goal of treaty negotiations and reflects one of the core values of the UN Declaration.

“As the leaders interviewed in this year’s report describe, treaties embody self-determination and the principles of the UN Declaration. Treaty making in BC is an opportunity for the Governments of Canada, BC, and First Nations to lead the world in reconciliation.”

“We commend the BCTC for their 2016 Annual Report which provides a concise update on the status of treaty negotiations in BC and articulates how the negotiation of modern day treaties in BC is reflective of the United Nations Declaration on the Rights of Indigenous Peoples (the UN Declaration) and remains a viable and primary mechanism for BC First Nations to achieve reconciliation,” stated Robert Phillips of the First Nations Summit political executive.

“The BCTC Annual Report provides compelling stories and examples from First Nations that have implemented final agreements, on how their respective treaties have allowed them to escape the shackles of the Indian Act and create an environment whereby they actively work, under their own terms, to close the socio-economic gaps faced by their communities and become self-governing and economically prosperous Nations. What is unacceptable is, that only seven First Nations in 23 years of negotiations have been able to conclude and implement final agreements, largely due to Canada and BC’s historic lack of effective negotiating mandates as well as the necessary human and fiscal resources,” added Cheryl Casimer of the FNS Political Executive.

“The BCTC Annual Report comes at a significant time, given Canada’s decision to become a full, unqualified supporter of the UN Declaration.  However, the findings are hardly new or surprising. We have clearly articulated for many years both the fiscal and social case for concluding treaties in BC.  The 2016 BCTC report restates much of this argument under the context of the principles of the UN Declaration and reconciliation.  We fully concur with the BCTC’s observations in this regard. What is needed now is a definitive commitment from both Canada and BC, to once and for all, provide adequate human and fiscal resources necessary to negotiate fair, equitable and timely treaty agreements with those First Nations that have shown a steadfast commitment to this process for more than 20 years,” said Grand Chief Edward John of the FNS Political Executive.

“As Premier Clark has stated in the past, modern day treaty agreements are the gold standard for reconciliation in this province.  It is time for both BC and Canada to fully commit to this gold standard.”