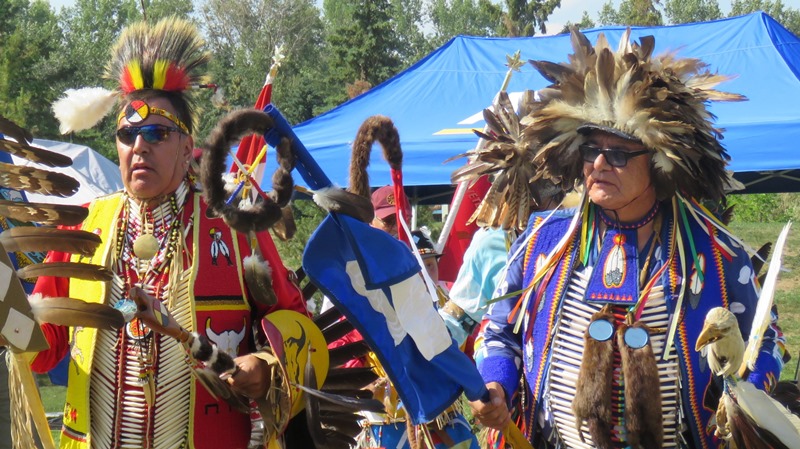 June 21 is National Indigenous Peoples Day. This is a time for all Canadians to recognize and celebrate the unique heritage, diverse cultures and outstanding contributions of First Nations, Inuit and Métis peoples. The Canadian Constitution recognizes these three groups as Indigenous peoples.

Although these groups share many similarities, they each have their own distinct heritage, language, cultural practices and spiritual beliefs.

In cooperation with Indigenous organizations, the Government of Canada chose June 21, the summer solstice, for National Indigenous Peoples Day. For generations, many Indigenous peoples and communities have celebrated their culture and heritage on or near this day due to the significance of the summer solstice as the longest day of the year.

National Aboriginal Day was announced in 1996 by then Governor General of Canada, Roméo LeBlanc, through the Proclamation Declaring June 21 of Each Year as National Aboriginal Day. This was the result of consultations and statements of support for such a day made by various Indigenous groups: In 1982, the National Indian Brotherhood (now the Assembly of First Nations) called for the creation of National Aboriginal Solidarity Day. In 1995, the Sacred Assembly, a national conference of Indigenous and non-Indigenous people chaired by Elijah Harper, called for a national holiday to celebrate the contributions of Indigenous Peoples. Also in 1995, the Royal Commission on Aboriginal Peoples recommended the designation of a National First Peoples Day.

He said, “Every year, we join together on this day to recognize the fundamental contributions that First Nations, Inuit, and the Métis Nation have made to the identity and culture of all Canadians. The history, art, traditions, and cultures of Indigenous Peoples have shaped our past, and continue to shape who we are today.

“We are determined to make a real difference in the lives of Indigenous Peoples – by closing socio-economic gaps, supporting greater self-determination, and establishing opportunities to work together on shared priorities. We are also reviewing all federal laws and policies that concern Indigenous Peoples and making progress on the Calls to Action outlined in the Final Report of the Truth and Reconciliation Commission.

“On behalf of the Government of Canada, I wish everyone a happy National Indigenous Peoples Day. I invite all Canadians to take part in the activities in their community and to learn about the history, cultures and traditions of Indigenous Peoples.”

National Indigenous Peoples celebrations are taking place across Canada and throughout Alberta. Some of the notable celebrations in the Edmonton area are listed here.

On Thursday June 20, 2019 from 11:30 am to 1:15 pm, the Government of Alberta kicks off its 2019 National Indigenous Peoples Day celebration in Edmonton’s City Centre Mall (east), hosted by Indigenous Relations.

On June 21 from 9 am to 5 pm there will be an Indigenous Peoples Day celebration at the Enoch Park Powwow Grounds at Enoch Cree Nation. Celebrate First Nation, Metis and Inuit culture, arts and crafts, and a free BBQ lunch. This is a free event for all ages, including many activities for young children.

From 6 – 8:30 pm there will be a celebration of music, arts and culture as Indigenous and Métis performers share their gifts in a fun and festive atmosphere at the Leduc Cultural Village.

The Art Gallery of Alberta will have free admission and special activities from 11 am – 5 pm in celebration of National Indigenous Peoples Day.

Bent Arrow Traditional Healing Centre is hosting a free pancake breakfast from 8:30 to 10 am and fun activities for the whole family until 12 noon, at Parkdale School in Edmonton, 11648 – 85 Street.

Edmonton’s Indigenous Peoples Festival is held on June 22 at Edmonton Expo Centre, from 11 am to 9 pm. Experience a powwow, visit displays and join in on interactive activities by community partners from the Edmonton region.  Live performances by local and national Indigenous talent will take place at the outdoor North Plaza main stage throughout the afternoon and into the evening.  Shop the artisan marketplace for original Indigenous products and satisfy your appetite with delicious offerings by local food trucks.

The St. Albert NIPD celebration will be held on June 23 at Lions Park in St. Albert. There will be Inuit, First Nation and Metis performers. The Grand Entry is at 12 noon. Prior to the festivities, a walk in support of MMIW will be held at 11 am.

On June 17, in Calgary, Aboriginal Awareness Week kicks off with Opening Ceremonies at the South Entrance of Stampede Park (650 25 Ave. SE) from 11:30 to 2 pm.

On June 21 from 10 to 5, there will be cultural performances and activities at Heritage Park Historical Village in Calgary. Then University of Calgary will be celebrating NIPD at the Calgary Stampede Grounds from 2:30 to 7 pm.

On June 22, in Calgary NIPD begin at Fort Calgary with a free pancake breakfast, a powwow at 10 am and an afternoon powwow with a grand entry at 12:30. Activities continue throughout the day, culminating in the APTN Indigenous Live Celebration.  Concurrent celebrations will be held in Winnipeg and Whitehorse.

In addition to these activities NIPD celebrations will be held at Metis Crossing in Smoky Lake AB, at Head Smashed In Buffalo Park, at the Galt Museum in Lethbridge, at Jasper National Park, in Bonnyville, Whitecourt, Fort , Fort McKay and many other communities.

For other events taking place in the province and beyond, visit your local listings or indigenousalberta.ca.

Happy National Indigenous Peoples Day from the Government of Canada