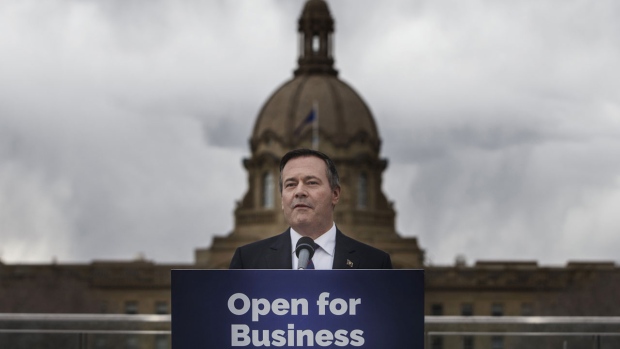 Alberta Premier Jason Kenney was sworn in on April 30, 2019.

“Alberta was home to the First Peoples for millennia, before the Dominion of Canada and First Nations came together in a spirit of peaceful cooperation under the great treaties that enjoined the Crown eternally to respect and uphold the rights, privileges and traditions of Indigenous communities in our province.

“On June 10, 2019, our government held a historic meeting with Alberta’s First Nations leaders. We are committed to renewing this annual meeting between Executive Council and the leadership of Alberta’s First Nations. But this relationship cannot simply be a once-a-year touchpoint, but must remain day by day. We are committed to ensuring this relationship grows deeper and stronger.

“We are partnering with Indigenous Peoples to secure economic opportunity, through such initiatives as the Indigenous Opportunities Corporation. This is not only an economic imperative, but a moral obligation.

“The first entrepreneurs in this land were the Indigenous Peoples. They were the first trading people. The first use of bitumen in Alberta was to seal the canoes that went up and down the river system trading from nation to nation. That spirit of enterprise still beats deeply in the hearts of our First Nations Peoples.

“Alberta’s government is committed to a path of reconciliation and shared prosperity, in the spirit of the treaties, with First Nations, Inuit and Métis people. We have a vision for a better future in which Indigenous Peoples have a clear path to economic success and prosperity.

“I wish all Indigenous Peoples a special day as they celebrate and share it with all of us.”