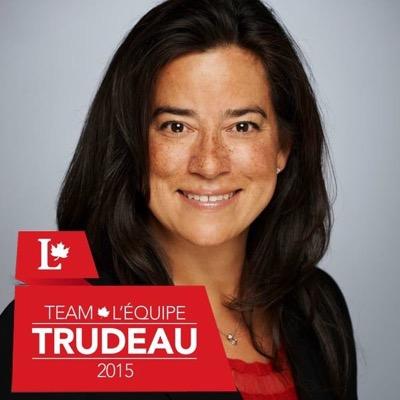 Jody Wilson-Raybould is on the campaign trail once again, but this time the former crown prosecutor, treaty commissioner and Assembly of First Nations (AFN) Regional Chief for British Columbia is on a different mission.  She’s running as a Liberal candidate for the district of Vancouver-Granville. It]s a task she’s embarked on in an effort to improve her community and to help Canada’s Indigenous populations overcome the ramifications created by Harper’s federal Conservatives and the poor decision-making policies the federal government has embraced during the past decade.

“We do have our own issues here in Vancouver-Granville,” she emphasized in a recent interview, “but many of those issues have the potential to be easily resolved if we can change the government in Ottawa. We need a federal government that will address the issues of all Canadians; we need a government that looks to a future that balances the protection of our environment with the growth of our economy. In my previous positions I brought people together, I have been a champion of good governance and accountability and I know how to develop plans and how to implemented them. I am solution-oriented and I want to use these skills to work with my constituents and all Canadians to build a stronger and more inclusive Canada.”

Born and raised in Vancouver-Granville, Jody Wilson-Raybould understands the area, knows the people, and like her constituents, understands exactly what is needed to ensure community growth and a better quality of life for everyone.

“Affordability is one of the central concerns that we all share here in Vancouver-Granville; housing prices keep rising, the cost of food continues to increase and health care needs more dollars and improved infrastructure. The list goes on but it’s important to note that most of these hardships can be overcome by good governance, and by ensuring that federal funders have their priorities in place. A liberal government will do just that.”

Wilson-Raybould said she’s tired of watching as the Harper-led government continues to “undermine Canadian values, principles and quality of life. We need a strong vision and an inspiring team to get our country back on track. We need real leadership to rebuild this great country and Liberal leader Justin Trudeau understands this and he’s committed to making it happen. Having lived for many years in B.C. he understands the issues, he understands the environmental concerns and he understands the needs and aspirations of the people. So do I.”

Some of the biggest concerns of Canadians are the ongoing issues over pipelines and the transportation of unrefined oil; especially in that there have already been numerous published accounts of oil spills and leaks, caustic solutions draining into Canadian rivers and lakes and pipeline companies slow to report problems but quick to deny fault.

“It is one of the issues we face today,” admitted Wilson-Raybould, “but it isn’t something that can’t be overcome. Not every project can be approved; some are just too risky. Fast decisions and pressured environmental assessments are not the answer; working together is. We need to develop a strong economic base; oil and gas, as two of Canada’s major resources, fit into that plan.  Pipelines could be important to our future growth, but we need to ensure that if they are built, they are built safely and meet the conditions as set out by our party.”

The important thing is to get everyone on the same page, she added, and that’s not going to happen if some segments of our society are left out of the planning process.

“That’s the important element to pipelines,” she noted, “everyone working together to achieve similar goals. We need consensus, we need community support; Aboriginal leaders and communities must be included at all levels of negotiation. Aboriginal citizens need to play a comprehensive role and Indigenous rights and Treaty rights must be recognized. So far that hasn’t happened the way it should; but then again the Harper government has never been about working together.”

Thoroughness, accountability, transparency and inclusion – these four strong words are among the many that Liberal leader Justin Trudeau has pledged to upkeep and maintain if he wins the federal election next month. When addressing the Liberal Party of Canada’s Aboriginal platform earlier this month Trudeau, among many other things, talked about the importance of including Aboriginal peoples in Canada’s future.

“We will immediately re-engage in a renewed, respectful and inclusive nation-to-nation process with Indigenous Peoples to advance progress on the issues prioritized by First Nations, Métis and Inuit communities – issues like housing, infrastructure, health and mental health care, community safety and policing, child welfare, and education. And we will ensure that the Kelowna Accord – and the spirit of reconciliation that drove it – is embraced, and its objectives implemented in a manner that meets today’s challenges. We will make up for 10 long, lost years.”

Wilson-Raybould said Trudeau is the one man who can bring Canada back to its original ideals.

”Canadian culture is based on shared values that we spent years fostering together as a nation; it is one of the best countries in the world to live in and raise a family. This is at risk. The Harper government’s changes to policies governing the economy and the environment, and everything in between, have transformed our country into a place that is hard to recognize. I am very passionate about Canada’s diversity and I am honoured to be the federal Liberal candidate in Vancouver Granville and part of Team Trudeau. I am ready to roll up my sleeves and work with my constituents and all Canadians to bring positive change to Vancouver and our country.

“The Harper government has made critical changes to long-proven and successful ways of running a government; it has shifted from evidence-based policy to ideologically-driven decisions. This has transformed Canada into a place that no longer helps its citizens move forward on equal footing, but instead promotes the needs of a select few.”

Jody Wilson-Raybould advocates the need for government to work with its partners to address climate change, internationally; and develop stronger environmental review assessment processes, domestically. She also supports the Liberal Party’s commitments to advance the green energy and clean tech sectors. She will advocate for health care and believes “we need a renewed commitment to national health care; that a strong health care strategy relies on meaningful relationships between various levels of government.”

In addition to advocating for a national pharma-care program and promoting a renewed commitment to science and research, Wilson-Raybould said she intends to “champion environmental issues, emphasizing the need to combat climate change, and balance environmental protection with the economy.”

A strong member of Team Trudeau, Jody believes that Canadians need real leadership to rebuild our great country. She stands strongly behind the Liberal Party’s commitments in B.C.

“We need to create livable and affordable cities, and examine the prohibitive costs of single-family homes. We need a multi-party national housing strategy to address this. We must invest in education. We need to determine how to diversify Canada’s economy while protecting the environment. And we must focus on generating more jobs in a range of sectors across the province. When you go to the polls next month, think about what you want to see happening in this country during the next half of the decade.”

Rational thinking Canadians and those that are tired of Harper’s dictatorial diatribe, hate and fear mongering advertisements and last minute promises to give Canadians what he has so far refused to deliver will find a real sound alternative – the Liberal party of Canada.

For more information about Jody Wilson-Raybould and to learn more about the Liberal Party and its promises of a better future for every Canadian, see the website at www.jody.liberal.ca or contact her campaign office by email to:[email protected].

Be the first to comment on "Jody Wilson-Raybould: Liberal candidate in Vancouver-Granville"