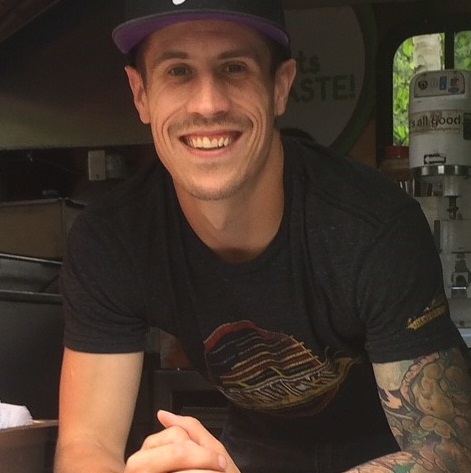 (ANNews) – Cody Isaac is focused on sharing his positive energy with young people the world over.  He’s moved closer to achieving that goal courtesy of an Aboriginal Student Award he’s recently received from the Irving K. Barber BC Scholarship Society.

Cody is one of 457 people to receive more than $1.3 million in awards from the society that go to Indigenous students in British Columbia to support their studies at public post-secondary institutions throughout the province.

When Cody got laid off in 2007 from the Okanagan sawmill where he had been working, he never dreamed that five years later he’d be running a school in China. “After losing my job at the sawmill and not really seeing any outlets in the small town of Vernon, I looked to broaden my horizons and see what the world had to offer,” says the enterprising 32-year-old.

After making a few fact-finding phone calls and completing his Teaching English as a Second Language certification, the young man headed west, teaching for four years at a local school in Zhejiang province before partnering with the school’s administrator to open and operate his own school. 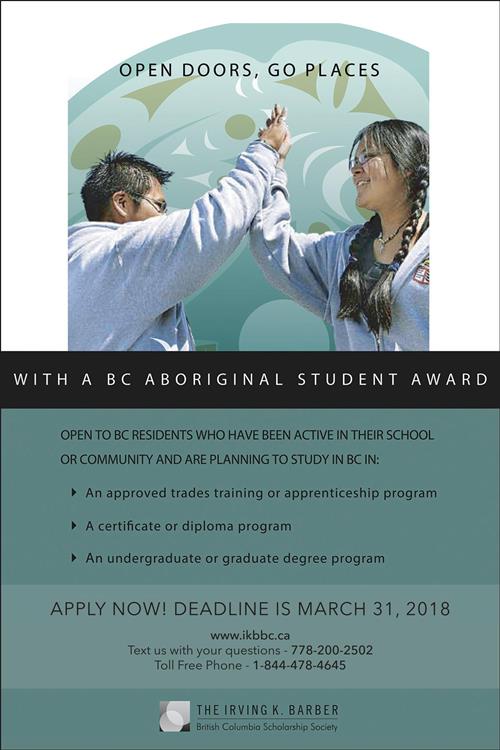 It was a perfect fit for a kid who’d always dreamed of making a career helping other people. “After teaching two or three years and seeing the progress of the children and seeing them grow up and use the language that they were learning, I was like, whoa,” Cody says. “It was such a rewarding job.”

While in China, Cody also volunteered every week at a school for blind children, teaching them English through smell, touch, taste and sound. He was instrumental in a driving a fundraising campaign, too, to rebuild an earthquake-devastated school in rural Yunnan; the fundraising paid for the school, a teacher, and hot lunches for the children for an entire year.

But when his brother Jamie died in 2013, Cody felt the pull of home once again. “I just knew that it was the time I needed to go,” he says, “not only for myself but for my family’s sake. Because I knew that they were going to need help. I felt that we were going to need to be together to heal and process as a family.”

He packed his bags and returned to the Okanagan in 2015, where he gathered his people close and turned his thoughts to how he could create a meaningful career closer to home. “I would really like to make an impact on my local community and on the kids that are growing up now,” he says. “Their parents are like my friends. I would like to be a part of their education.”

And so in 2017 he embarked on his Bachelor of Arts at the University of British Columbia (Okanagan), working toward a Bachelor of Education by 2022. He is grateful for the support of the Irving K. Barber British Columbia Scholarship Society for his schooling, having received a $2000 Aboriginal Student Award in 2017. “I found out [about the award] through my cousin Stacy, who’s a nursing student going to BCIT,” he says.

At university, Cody is specializing in the elementary route, having found it so rewarding to work with grade four and five children while he was teaching in China. “They’re like little sponges, so full of energy,” he says. “They really take it all in. If you’re an energetic teacher, the kids respond to that.”

Energetic is just one of many words that describe Cody. Positive and uplifting are a couple others — qualities he shares freely with whoever is around. On more than one occasion, Cody’s instructors have drawn him aside to comment on how he brightens everyone’s day with his presence and engagement. “I’ve discovered as I’ve gotten older that I think it’s just my nature — my friends describe me as ‘glass three-quarters full’,” he laughs. “You can’t get caught up on small things, the shoulda coulda wouldas. You have to keep moving, and putting your best foot forward.”

The Society’s Aboriginal Student Awards program is funded from the returns on an endowment fund established by the Province of British Columbia. It was created to assist in removing barriers to higher education for Indigenous peoples. Awards of $1,000 to $5,000 each are issued every year through a competitive process to students studying at all post-secondary levels, from trades training to doctoral programs.

“The Society that bears the name of Irving K. Barber was formed in part to give students from Indigenous communities in British Columbia the same opportunities to grow and succeed as those in other communities,” said Rajiv Gandhi, Chair. “The Society is honoured to be the steward of the funds used to create these tremendous possibilities.”

The Irving K Barber BC Scholarship Society provides scholarships and awards to students attending public postsecondary institutions throughout the province and internationally. Since its inception, nearly $15 million has been distributed to B.C. students from its six scholarship and award programs. The Victoria Foundation provides administrative support to the Society.

For more information and to see if you quality for an Irving K. Barber BC Aboriginal Student award visit ikbbc.ca. The deadline is March 31, 2018.

Be the first to comment on "Irving K. Barber Award recipient Cody Isaac is leading by example"