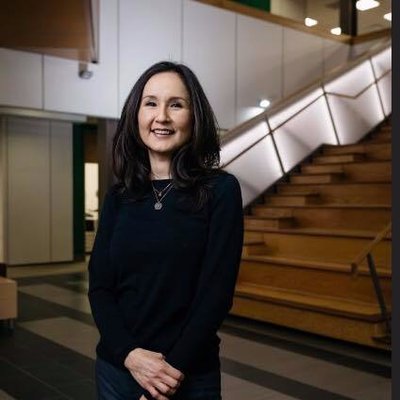 U of A redresses historic limitations on Indigenous student admissions to MD program.

(Edmonton, AB) The University of Alberta is eliminating a quota system that caps the number of Indigenous students admitted to its MD program each year. The new admissions policy, which will come into effect for the next admissions cycle, means all Indigenous students who meet eligibility requirements will be admitted.

The MD program previously held an upper limit of five Indigenous students admitted per academic year. The quota was established three decades ago as a means of addressing the under-representation of Indigenous peoples in health professions.

“Thirty years ago, Indigenous postsecondary enrollment was nowhere near where it is now, so holding five spots out of the total MD Program seat allotment was a meaningful measure,” said Tibetha Kemble, director of the Indigenous Health Initiative Program in the Faculty of Medicine & Dentistry. “Over time, this once meaningful measure became a limitation. With the national conversation focused around reconciliation, it was important for us to take a closer look at ways to advance the Calls to Action in ways that moved beyond incrementalism.”

“With the removal of any upper limit, the University of Alberta becomes one of the few universities in Canada to open admissions up to all Indigenous candidates who meet the requirements to medical school.”

“This is a step forward to respond to the Truth and Reconciliation Calls to Action, specifically number 23 which calls on all levels of government to increase the number of Indigenous professionals working in the health-care field.”

In addition, beginning in September 2019, and for each of the next four years, the MD program will award four new full-tuition scholarships to entering Indigenous students.

Breaking down barriers of past colonial policies to walk toward reconciliation

According to Kemble, a history of colonial policies has affected Indigenous Peoples’ experiences with the health system, resulting in culturally disruptive interactions that produced mistrust, anxiety and fear. She points as far back as the 1880 amendment to the Indian Act to demonstrate how Canadian medical schools have previously, unknowingly or knowingly, been  participants in the larger colonial practice of assimilating Indigenous peoples.

“The 1880 amendment made it so if you entered into medical school, you would lose your status as an Indian person. You couldn’t go back home. That was in place for 81 years, so from that perspective, there were so few of us who dared to enter these walls and buildings,” said Kemble.

In 1996, the Royal Commission on Aboriginal Peoples (RCAP) reported distressing health outcomes among Indigenous populations—Indigenous life expectancy at birth was about seven to eight years less than non-Indigenous Canadians generally.

Kemble says more Indigenous physicians are vital to close that health gap because they understand the lived reality of Indigenous patients and are able to provide them with culturally-safe care.

For an Indigenous student applying to the U of A’s MD program, the academic eligibility requirements remain the same as those for non-Indigenous students―all applicants must meet the required MCAT scores and cumulative GPA. Once applicants successfully meet the minimum academic requirements, they must also submit a secondary medicine application and complete an online assessment. A short list of applicants are invited for interviews. Only at this point in the application process does the admission process differ for Indigenous applicants, who are invited to undergo an additional interview with a panel comprised of elders and Indigenous community members and physicians. The Indigenous Health Admissions Subcommittee will then make recommendations to the MD Admissions Committee for admission.

Kemble says it is important for other U of A faculties and medical schools across Canada to undertake similar admission changes.

“In order to support system-level change, it’s important to ask ‘What can we do to help shift the landscape to allow greater space and place and presence for Indigenous peoples across campus?’ We can’t do it by four or five students at a time,” said Kemble. “But a critical mass of Indigenous university students will eventually lead to a critical mass of Indigenous faculty, teachers and other staff to help move and shift the landscape.”