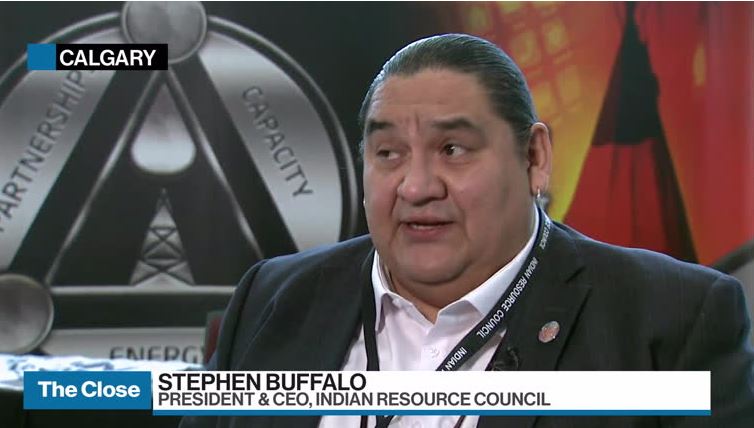 (October 18, 2019) – Today the Indian Resource Council, an organization representing over 100 oil and gas producing First Nations, met in Edmonton to discuss ways in which they can further assume control over their oil and gas resources from the Government of Canada. This happened against the backdrop of Climate Justice Edmonton’s climate strike, including a presence from climate activist Greta Thunberg.

Climate Justice Edmonton claims to fight for “Indigenous rights.” However the IRC Chiefs and leaders have long argued that Indigenous rights include economic rights, including the right to economic development, self-determination and a livelihood.

“We care deeply about the Earth and we understand the threat posed by climate change. But as long as there is demand for oil and gas products, we would prefer if our resources are brought to market, as we know they are ethically and responsibly developed,” stated Councillor Vincent Saddleback of Samson Cree Nation.

“We have used our oil and gas royalties to set up several community recreation centres and schools, including our own Maskwachees Cultural College. We fund students to become doctors and engineers. We do a lot to support our language and culture. Own-source revenues allow us to exercise our sovereignty”, asserted Saddleback.

Chief Roy Fox, leader of the Kanai Blood Tribe and Chair of the Board of the IRC, added that “our members are working hard to generate resource wealth to create opportunities and pay for services and infrastructure desperately needed by their people.”

“On our territory, we operate under the highest environmental and social standards possible. The Blood Tribe has over seven decades of experience with oil and gas exploration, production and transmission. No harm has come to the air or water, the animals or birds as a result of that development,” stated Chief Fox.

IRC President Stephen Buffalo further outlined the economic importance of oil & gas production to IRC communities. “Indigenous-owned businesses are 40 times more likely to be involved in the mining and oil & gas sectors than the average Canadian business,” he stated.

“The energy sector represents the best pathway forward for our communities to get out of poverty and take our rightful place as self-sufficient nations.”

Buffalo continued, “We are finally at the point where First Nations communities are becoming the owners of large, economically significant, projects. It’s hard to understand why so many activists, who use oil and gas products everyday, want to take this opportunity away from us.”

Indigenous participation in major resource projects conference will be held in Calgary: Feb. 26 & 27

IRC and FNMPC sign an agreement to unite their interests