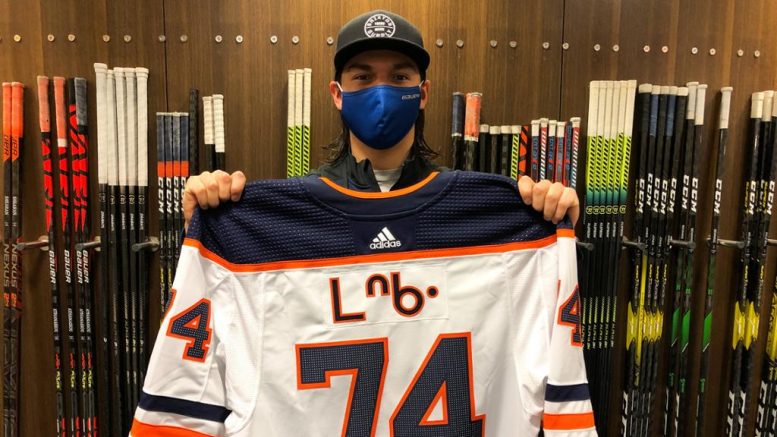 (ANNews) – On Sunday July 26, Edmonton opened its doors to the 11 NHL teams who will be taking part in the Western Conference Playoffs.

Confederacy of Treaty Six First Nations Grand Chief Billy Morin, Chief Wilton Littlechild and an Elder welcomed the teams to Treaty 6 territory while also ceremonially praying for the health and safety of everyone involved.

“It’s really unprecedented times right now for 2020 during COVID-19,” Morin said. “This was just what we felt we could contribute to the unprecedented event going on here.”

“It’s very, very, very special because it gives us an opportunity to welcome hockey, welcome the world back to Edmonton, to also welcome them to our territory of Treaty 6,” Chief Wilton Littlechild said. “The elder prayed for continued good health and safety for all the players, fans, all the staff, media, all who are going to be participating.”

Then in an outcome that surprised no one (unless you live in Calgary — but even then), the Edmonton Oilers absolutely demolished the Calgary Flames in the “Battle for Alberta” on Tuesday night. However, that was not the most newsworthy thing that happened during the game.

Born in Regina, Saskatchewan and brought up in the Ochapowace Nation, 23-year-old Ethan Bear donned an Oiler’s jersey that had his name written in Cree Syllabics. “It will be an honour to wear this jersey tonight,” Bear said. “I feel like I will be wearing it for all those Indigenous players who came before me and those Indigenous kids dreaming of playing in the NHL.”

Chief Wilton Littlechild said of the jersey, “As the International Chief for Treaties 6, 7 and 8, and a member of Canada’s Sports Hall of Fame, I cannot express my gratitude enough to the Edmonton Oilers and the National Hockey League for this most positive act of Reconciliation.

“The Oilers continue to lead the way with the power of sport to build good relations among our Peoples, Tribes and Nations. Coming from Maskwacis (Bear Hills), in our culture, we have a naming ceremony on which we rely for self-identity and positive self-esteem. It took us many years at the United Nations to secure the right to use our writing system Cree syllabics and to use our language for our own names for communities, places and persons.”

Because of residential schools, the Cree language – despite being one of the most popular Indigenous languages in Canada – is declining in use. The Truth and Reconciliation Commission of Canada said in its 2015 report that “Residential Schools were a systematic, government-sponsored attempt to destroy Aboriginal cultures and languages and to assimilate Aboriginal peoples so that they no longer existed as distinct peoples. More than a century of cultural genocide has left most Aboriginal languages on the verge of extinction.”

Chief Littlechild continued by saying, “The spirit name in Cree for Maskwa is also one of our sacred teachings of courage and that is what the bear represents. Ethan brings all of us great pride with his strength and natural ability to overcome challenges. This is significant and people everywhere will be reminded when they see the syllabics on Ethan’s jersey to have courage, be confident and be brave.”

In BC vaccine clinics are open to all Indigenous people 55+