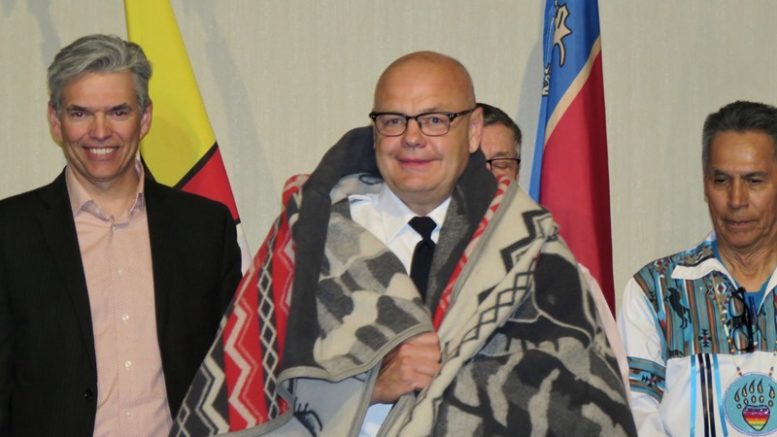 On Thursday June 6, 2019 graduating students at Amiskwaciy Academy in Edmonton gathered in the Edmonton Inn’s Wild Rose Ballroom with their peers, teachers, parents and community supporters to celebrate the successful conclusion of 12 years of academic study.

The 14 graduates, who will either continue with post-secondary education, join the ranks of the gainfully employed or move ahead with plans to pursue a number of trades training and apprenticeship programs, were commended by their teachers, applauded by their peers and families and congratulated by community partners and Edmonton Public Schools administrators for “a job well done.” 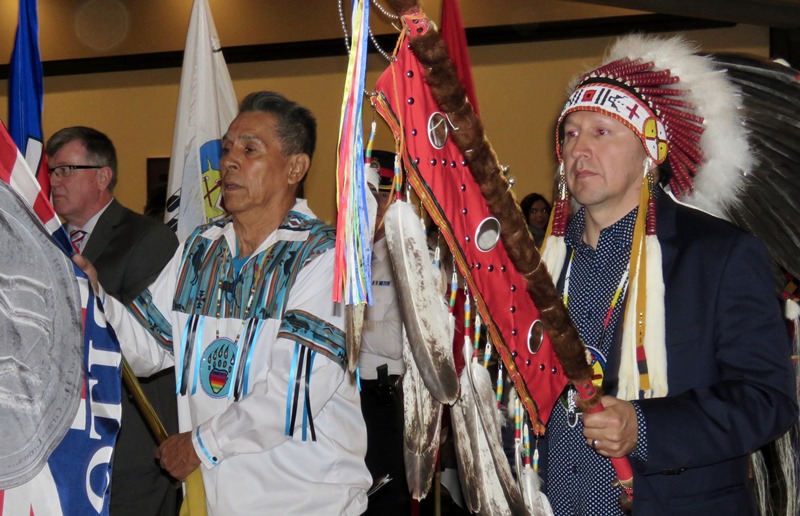 The graduation ceremonies got underway just after 4 p.m. when emcee Simon Vandervinne, a former teacher at the academy, called for the Grand Entry, led by Amiskwaciy Elder Francis Whiskeyjack and Alexis Nakota Sioux First Nation Chief Tony Alexis. As the procession made its way around the spacious ballroom an Honour Song was performed by the Kipohtakaw Singers, a drum group from the Alexander First Nation.

Elder Whiskeyjack offered an Opening Prayer before introducing guest speaker Chief Tony Alexis, who greeted the students, thanked the teachers for their dedication and lauded the Elders for “the instrumental work they do to make Amiskwaciy the school that it is today.”

Chief Alexis also thanked the many community sponsors and partners who help make the school a successful place to gain an education. He also spoke about the growing number of Indigenous graduates succeeding in communities across the province, noting that “because of you our communities are growing stronger and stronger” with each passing year. 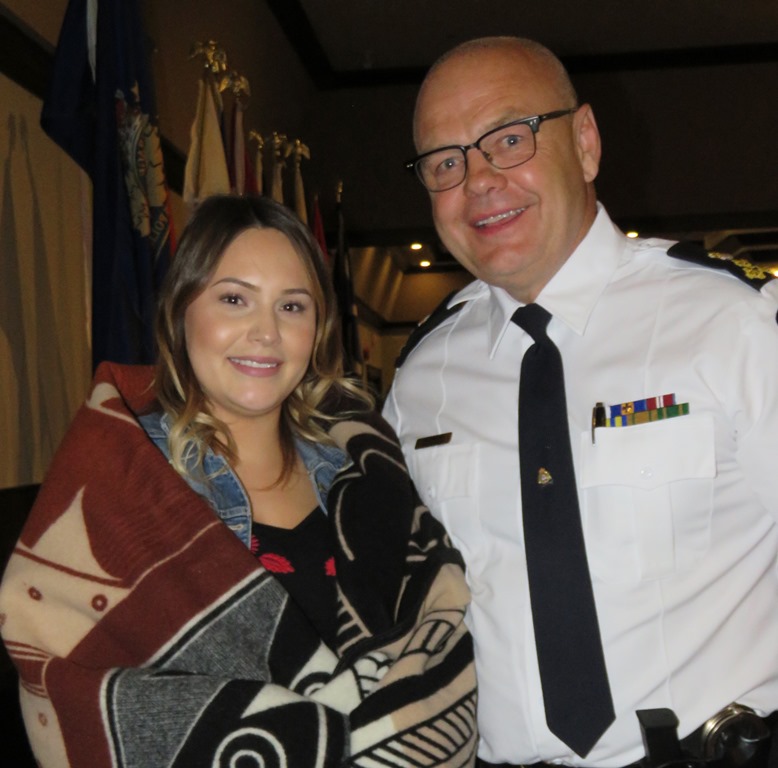 Edmonton Police Chief Dale McFee took to the podium to congratulate the graduates and the school for the work it has “done in preparing these young graduates for their next step in life.” He also spoke about his own Métis heritage and the importance of achieving one’s goals, noting that “education is a great equalizer and with it is the ability to make positives changes – and with that I think your futures are going be bright. There is work to do and much yet to accomplish but by graduating today it shows that you are going in the right direction.”

When Principal Fred Hines was introduced, he called the school’s Elders to the podium and together they presented an Honour Blanket to Police Chief McFee for the work he and the Edmonton Police Service accomplish in the city and the support they give to the school and its student body. A second blanket was presented to Sage Arcand, a former student who was hired this year by the Academy.

“It’s not very often that as a principal you get to hire a former student, but that is the case with Sage Arcand, a powerful role model doing a phenomenal job here with our students at Amiskwaciy.”

Following the blanket presentation, the popular Nuf Sed Choir performed two songs for an appreciative audience. The choir, which is comprised of eleven singers, focusses on contemporary music. This ensemble sings a wide range of music from gospel to jazz to pop. They are equally comfortable with a rhythm section or performing a cappella. In recent years the group has traveled across Canada and Europe and have been featured at many festivals and conferences. 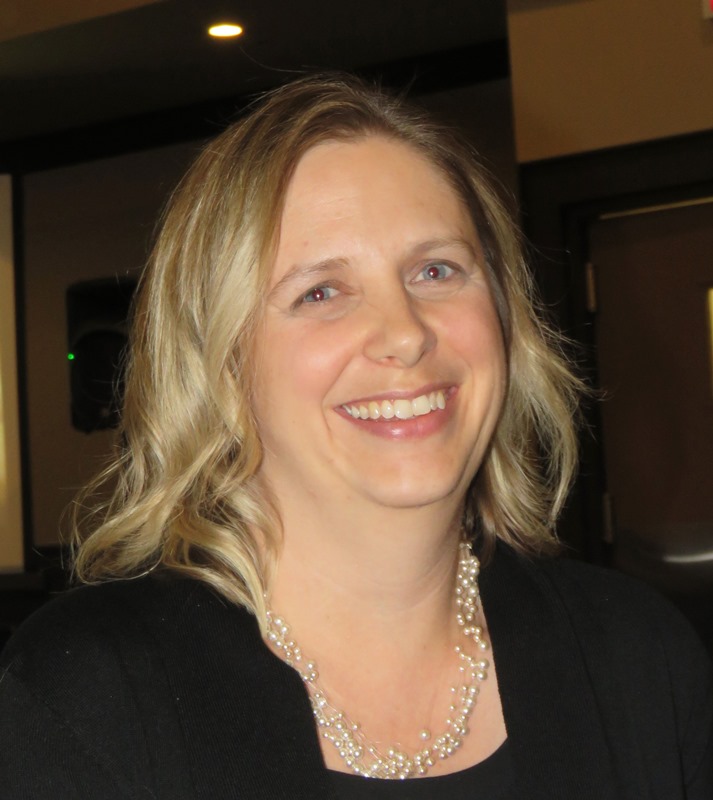 EPSB School Trustee Shelagh Dunn greeted the students and their well-wishers noting that “since becoming a Trustee with Edmonton Public Schools, it’s become very clear to me that Amiskwaciy Academy is an amazing school – not just because of the wonderful building and the important and unique focus on Aboriginal culture and learning, but also because of the people in the building, the people doing the teaching and people like you who are graduating here today. You make this school what it is by being a part of it and I know that you will always be a part of it no matter where your journey takes you. Today is a chance to look behind you and reflect on all the things and all of the people who have helped to bring you to this moment. 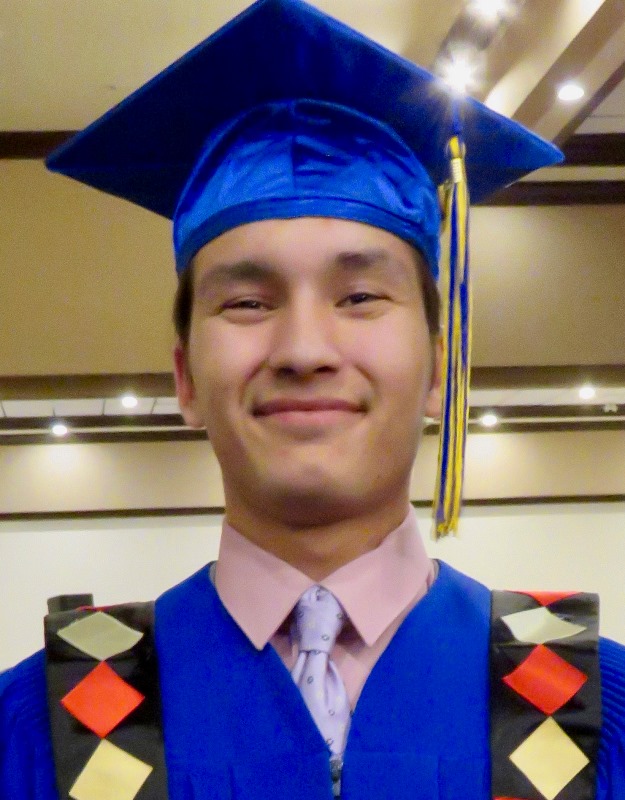 “My guess is that you will be walking into the future on a path filled with integrity and success; you will be doing some truly wonderful things. My hope is that whatever the future holds for you, you can feel the love of the people in your life, the people here in this room and the people who are with you in your heart. I know that because you are graduating from Amiskwaciy Academy that your intentions are good and full of spirit, determination and care and guided by cultural learning. We are all cheering for you today as you go out there to do all the wonderful things we know you will do; I can hardly wait to hear about them all.” 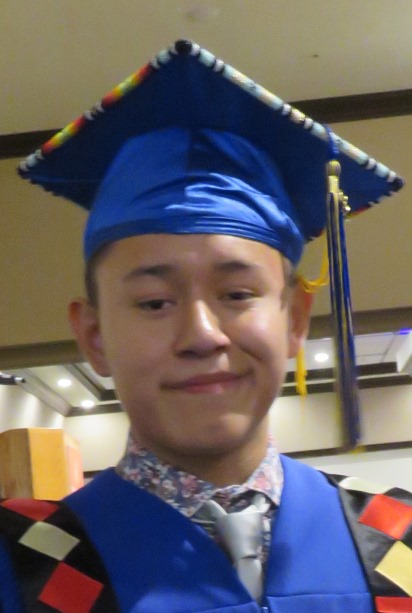 Edmonton Public Schools Superintendent Darrell Robertson spoke to the students about his own challenges in school, noting that he “didn’t have a clue” about what lay ahead in his future. He wanted to become an airforce fighter pilot but when he left the farm and drove the six hours to the recruiting office in Edmonton to enrol he was told: “that isn’t going to happen because you don’t have what is required to meet the criteria” of a fighter pilot.

He said he knew he had resilience and spirit and that he would find something that he liked. He ended up going to college and eventually into the teaching profession. 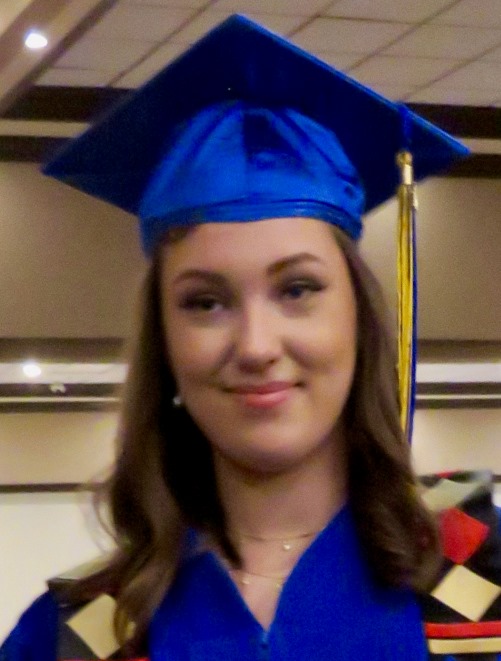 Julia McGuire, was presented with the Governor General’s Award for Academic Excellence

“I know that if I can come from a small northern farm town and eventually lead an organization with 10,000 staff and 105,000 students, you can also do it. You just have to find out where your passion lies and don’t allow anyone to stand in your way as you move forward to accomplish your goals. Edmonton Public Schools has a long-standing tradition of excellence in education and today you have become a part of this tradition and should be incredibly proud.

“I’d like to congratulate all of the graduates today; an accomplishment that will continue to bring you opportunity in the years to come. I hope you reflect on the values of hard work, commitment and perseverance that have led you to this moment (because) it is these values that will help you to achieve your goals and fulfill your dreams. You’ve acquired strength in your character, wisdom and a passion for learning. A you move forward, I hope you continue your quest for knowledge and serve as a role model in the Aboriginal community. Remember to honour your culture; each of you is capable of accomplishing extraordinary things.” 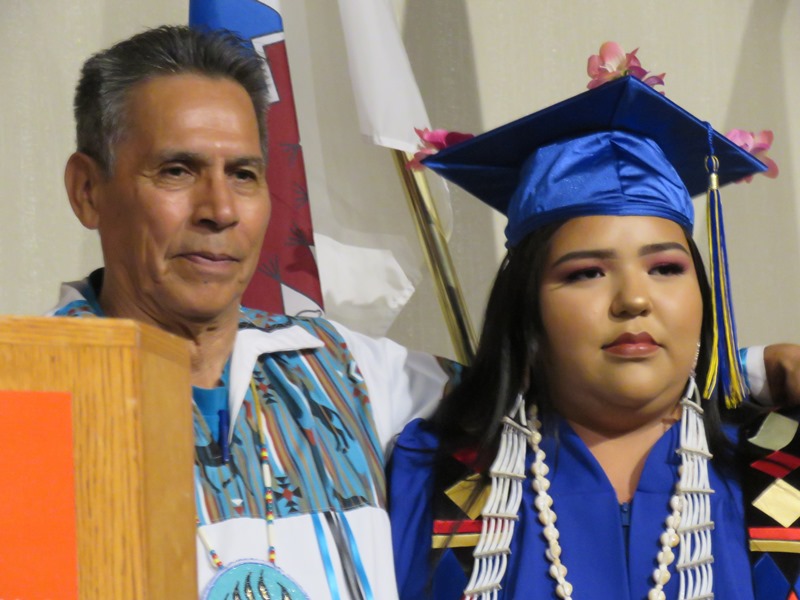 Principal Fred Hines reiterated those comments when he told the graduating students that “you represent the pride of this school and your Aboriginal community. Amiskwaciy Academy, its teachers, support staff and administration acknowledge the hard work and difficulties that you have taken on in order to become a part of our schools’ distinguished graduates. We hope that you will consider Amiskwaciy Academy as part of your family and allow us to share in your future success.”

A scrumptious palate-pleasing roast beef dinner with all the trimmings provided everyone an excellent main course supper and the several accompanying tables filled with cakes, pastries and berries brought the successful evening to a close.