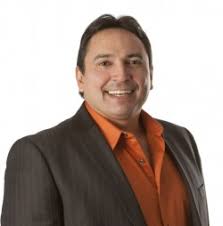 OTTAWA, May 29, 2018 /CNW/ – Assembly of First Nations (AFN) National Chief Perry Bellegarde today responded to the Auditor General of Canada’s report, calling on Canada to change its approach and make better use of data it is collecting to make more informed decisions to close the gap in the quality of life between First Nations people and Canada more quickly.

The report released today by the Office of the Auditor General of Canada included two chapters specific to First Nation and Indigenous peoples. Socio-economic Gaps on First Nations Reserves examines Indigenous Services Canada (ISC) with a focus on First Nations high school graduation rates on-reserve. The chapter states that ISC did not satisfactorily measure or report on Canada’s progress in closing the socio-economic gaps between on-reserve First Nations and other Canadians and that the Department’s use of data to improve education programs was inadequate. The report indicates that the education gap is actually growing, and that on-reserve high school graduation rates may be closer to 1 in 4 than the government’s reporting of 1 in 2.

The report includes an audit focused on programming by Employment and Social Development Canada (ESDC) aimed at increasing Indigenous employment. The report concludes that ESDC’s management of the programs was not sufficient to demonstrate that these programs achieved their goals. Collecting adequate data and defining performance indicators would allow ESDC to determine whether the programs are leading to meaningful and sustainable employment and whether changes are needed.

“It is essential that all investments and resources directed towards First Nations are reaching the people in need and having a positive impact,” said AFN National Chief Bellegarde. “It is simply unacceptable that the situation described by the Auditor General has been allowed to continue. We need to fix this broken approach, now. First Nations know what’s needed, what’s working and what isn’t, better than anyone because they are working directly with our people. This report reinforces our goals of First Nations control of First Nations education and the need for a distinct First Nations labour market strategy directed by First Nations.”

The report of the Auditor General sets out a number of recommendations for change that include engaging with First Nations and Indigenous peoples on decision-making and getting better, more accurate information. The National Chief noted this could include working towards a First Nations statistical institute.