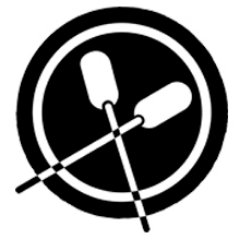 (October, 2017) – Assembly of First Nations (AFN) National Chief Perry Bellegarde says Canada’s agreement in principle announced on October 6, 2017 to compensate survivors of the Sixties Scoop is a step forward towards healing and reconciliation; however, it can never undo the loss of identity, language and culture experienced by thousands of First Nations Peoples across the country.

“Children of the Sixties Scoop deserve justice and healing,” said AFN National Chief Bellegarde. “We acknowledge the efforts of Canada to provide compensation but only the individuals affected can determine whether or not this settlement meets their needs. The courts of Canada can never compensate, in any amount, the loss of family, community, identity, language and culture. True justice means creating hope and opportunity for the Survivors.”

The Sixties Scoop was an ongoing practice in the 1960s and ‘70s that saw the removal of large numbers of First Nations children from their families and communities and placed them in the care of Canadian and International foster or adoptive homes.

This month’s announcement of a negotiated settlement follows a recent Superior Court of Ontario decision that focused on approximately 16,000 people who were children of the Sixties Scoop in the province. This decision set a precedent for similar cases across the country. Further, it stated that Canada breached its common law duty of care to take reasonable steps to prevent on-reserve children in Ontario, who had been placed in the care of non-Indigenous foster or adoptive parents, from losing their Indigenous identity.

The AFN supported the Sixties Scoop class action, and in 2009 Chiefs-in-Assembly passed AFN resolution (Class Action Support Resolution re: 60’s Scoop, 16-2009) supporting the class action and the relief claimed, as commenced by Chief Marcia Brown Martel of Beaverhouse First Nation and Robert Commanda on behalf of First Nations peoples and communities in Canada affected by the Sixties Scoop.

“The Sixties Scoop is a dark and painful chapter in Canada’s history,” said Minister of Crown-Indigenous Relations and Northern Affairs Carolyn Bennett. “Working together to resolve class actions and bring a meaningful resolution to its painful legacy is an important step in our journey of reconciliation with Indigenous peoples.”

Over the past several months, the Government of Canada and counsel for the plaintiffs have been engaged in negotiations to resolve this litigation in a fair, compassionate, and respectful manner that promotes reconciliation and healing.

The Agreement-in-Principle includes the establishment of a Foundation (up to $50 mill.) that will focus on healing, wellness, language, culture and commemoration. The structure of the Foundation will be negotiated directly with representatives from the plaintiffs, their counsel, and representatives from the Government of Canada. It will be designed in full partnership with Indigenous peoples and administered independently of the federal government and it will be accessible to all Indigenous people.

“The survivors have identified the loss of language and culture, and therefore their identity, as the greatest harm,” noted Minister Bennett, “The creation of a foundation will directly address the need for survivors to claim a secure personal cultural identity.”

A minimum of $500M and a maximum of $750M will be provided in individual compensation for Status First Nations and Inuit. $75M will be provided for legal fees. Plaintiffs’ counsel have committed that they will not seek additional legal costs from the plaintiffs in order to ensure that compensation intended for plaintiffs is preserved for them. Additional funds will be included in the settlement agreement to cover administrative costs for the third party implementation of the agreement.

This Agreement-in-Principle is the first step in resolving the Sixties Scoop litigation. Canada is committed to working with other Indigenous people affected by the Sixties Scoop, and the provinces and territories who have already shown leadership in this area, to resolve the remaining litigation.

The government has committed to seeing all of the Calls to Action put forward by the Truth and Reconciliation Commission – this agreement is a concrete demonstration of that commitment.

In particular, this responds to Call to Action number 29, which calls on the government to resolve disputes – whenever possible – expeditiously and outside of the confrontational court setting.

The current Agreement-in-Principle represents a major milestone. Parties are working to finalize the agreement by the end of 2017, and will seek court approval through a fairness hearing targeted for Spring 2018.

Meanwhile the Metis Nation of Saskatchewan is disappointed that Métis people were excluded from the recent compensation deal. MN-S president Glen McCallum said while he is happy First Nations and Inuit people received a settlement, the decision to not include Métis is troubling.

“I am deeply saddened, confused, and extremely disappointed that our Métis citizens who were no less part of this painful and cruel action known as the ‘60s Scoop, are not included nor acknowledged in the federal announcement,” McCallum said in a statement.

McCallum said the exclusion is just another example of Métis people not being recognized as Indigenous people even though they are included in the constitution.

He is looking to rectify the situation with the federal government.

“This federal government has repeatedly asserted the prioritization and importance of Canada’s relationship with Indigenous people,” McCallum stated.

“I am confused and frustrated because our Métis leadership have been part of discussions to determine a solution to this painful past but there was no acknowledgement of Métis at all in the settlement announcement.”

Nov. 25: AFN Marks International Day for the Elimination of Violence against Women