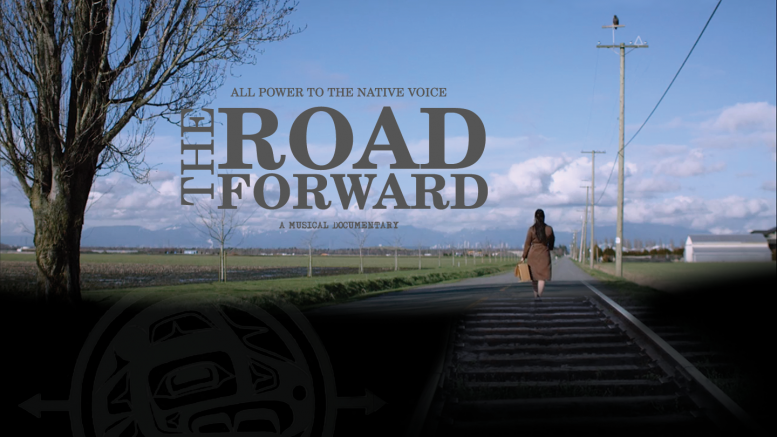 "The Road Forward" is one of four new Indigenous themed films that NFB is offering as free content in celebration of National Indigenous Peoples Day 2020.

(May 28) – Throughout the month of June, seven new titles will be added to the selection of free content on NFB.ca, featuring the world premiere of The Tournament, a new short film by Winnipeg-based Métis filmmaker Sam Vint – along with new titles for Pride Month and National Indigenous History Month.

They’re being added to the NFB’s extensive catalogue of more than 4,000 titles online and its collection of some 100 interactive works, almost all of which are available at no charge.

Shot in Vancouver, this musical documentary by BC Métis/Dene filmmaker Marie Clements connects a major turning point in Canada’s civil rights history – the beginnings of Indian Nationalism in the 1930s – with the powerful momentum of First Nations activism today. Stunningly shot musical sequences, performed by an ensemble of some of Canada’s finest vocalists and musicians, seamlessly connect past and present with soaring vocals, blues, rock, and traditional beats.

This five-part series tells the inspiring story of Shoal Lake 40 Anishinaabe First Nation, straddling the border of Manitoba and Ontario, and their battle to build a road to their community after they were forcibly relocated and cut off from the mainland over 100 years ago, so that water could be diverted to Winnipeg. Director and Shoal Lake 40 member Angelina McLeod uses an innovative, community-driven approach that highlights the community’s dignity, strength and perseverance, as they take back control of their narrative and their future.

Over the course of a weekend tournament in Minnesota, youth sledge hockey teams from the U.S. and Canada battle for supremacy. Designed for players who have a physical challenge, the fundaments of the sport – passing, shooting, trash talking your opponents – remain the same. Winnipeg Métis director Sam Vint captures the end-to-end action as the Manitoba Sledgehammers do it all.

When internationally renowned Haida carver Robert Davidson was only 22 years old, he carved the first new totem pole on British Columbia’s Haida Gwaii in almost a century. On the 50th anniversary of the pole’s raising, Burnaby-based Haida filmmaker Christopher Auchter steps easily through history to revisit that day in August 1969, when the entire village of Old Massett gathered to celebrate the event that would signal the rebirth of the Haida spirit.

New for Pride Month: On June 1

While walking on the street one night in a small town in Nova Scotia, Scott Jones, a gay musician, is attacked and becomes paralyzed from the waist down; what follows is a brave and fragile journey of healing and the transformation of a young man’s life, set against a stunning score by Sigur Rós. Now completing a PhD in music education at the University of Toronto, Scott was filmed over three years by his close friend, Calgary-raised filmmaker Laura Marie Wayne, in this intimate and visually evocative window into queer experience.

I Am Skylar is the emotionally compelling story of an articulate 14-year-old girl who is thoughtfully defining her future and the woman she is to become. Surrounded by a family and a community in Cape Breton who show her unconditional love as she follows her personal path, Skylar faces the complexities of being a transgender girl on the cusp of puberty with refreshing honesty and unshakeable dignity, in this short from Nova Scotia director Rachel Bower.

Gun Killers takes us into the rural, secluded paradise that retired blacksmiths John and Nancy Little call home in East Dover, Nova Scotia. As the tranquil light of a typical day of harvesting vegetables descends into night, we experience the secret work that John and Nancy are sometimes called upon to undertake, in a mysterious short film by Jason Young, a 10th generation Nova Scotian with Acadian and Métis roots.

Be the first to comment on "Four indigenous themed new releases coming to NFB.ca in June"