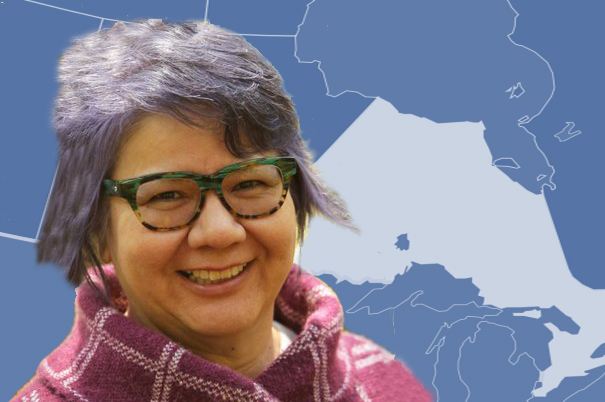 (ANNews) – Indigenous leaders are mourning the death of Queen Elizabeth while acknowledging the role the British Crown played in justifying the genocide of Indigenous peoples on Turtle Island and expressing hope for entering a new era of relations with the monarchy.

Assembly of First Nations National Chief Roseanne Archibald was in London, where world leaders gathered to pay their respects to Her Majesty.

Archibald told reporters she was “really conflicted” when she received an invitation to attend, because she didn’t want to be seen as endorsing the Crown’s mistreatment of Indigenous peoples. But at the same time, First Nations have a unique relationship with the Crown that ought to be acknowledged, she added.

“When I reached out to a number of chiefs to talk about it, they indicated that I had to be here to make a representation that we’re still here — that we’ve survived colonization, that we have survived genocide, and that we have this long-standing relationship with the Crown,” Archibald said at a Sept. 17 media availability.

“The message that we’re sending here today is we’re still here. We’re not going anywhere. We still believe in that relationship with the British Crown, because that’s who we signed Treaties with. Canada was formed later and Canada has abrogated our Treaties,” Kent said.

Archibald declined to make any criticisms of Queen Elizabeth’s reign, despite having asked in May for the Queen to apologize for her role in residential schools, because her subjects and family were still in mourning.

However, she said Indigenous leaders want to bring a delegation to London once King Charles has officially ascended to the Crown, and bring him to Canada to act on Truth and Reconciliation Call to Action #45, which calls for the Crown to issue a Royal Proclamation on Reconciliation.

“I want to be respectful of the fact that he just lost his mother, and I’m just not prepared to speak ill of anyone during their mourning period,” Archibald said.

The First Nations Leadership Council offered its condolences to the Royal family, recognizing the “direct relationship” Indigenous peoples in Canada have with the Crown, before asking King Charles to do the right thing and revoke the Doctrine of Discovery, which “dehumanized non-European while empires waged war and stole lands, resources and wealth that rightfully belonged to Indigenous peoples all over the world.”

While the Doctrine of Discovery was initially issued by the Vatican as a papal bull in 1452, it was used by the British and French empires to justify their plunder of Indigenous lands.

“With the new British monarch, King Charles III is in a position to acknowledge the historic crimes committed by his predecessors and set the stage for a new relationship with Indigenous Peoples around the globe,” the council said in a statement. “As an advocate on climate change, King Charles III must take strong action to mitigate climate change in collaboration with Indigenous Peoples.”

In a statement, the Confederacy of Treaty Six First Nations Chiefs expressed their condolences for the Queen’s passing, recognizing their member bands’ relationship with the Crown dates back to the Royal Proclamation of 1763 under Queen Victoria, who signed a Peace and Friendship Treaty with First Nations.

“Queen Elizabeth II will forever be remembered for her service and dedication as Britain’s longest reigning Monarch,” Grand Chief George Arcand Jr. said. “We join in the collective grief felt around the world at the loss of a truly remarkable sovereign.”