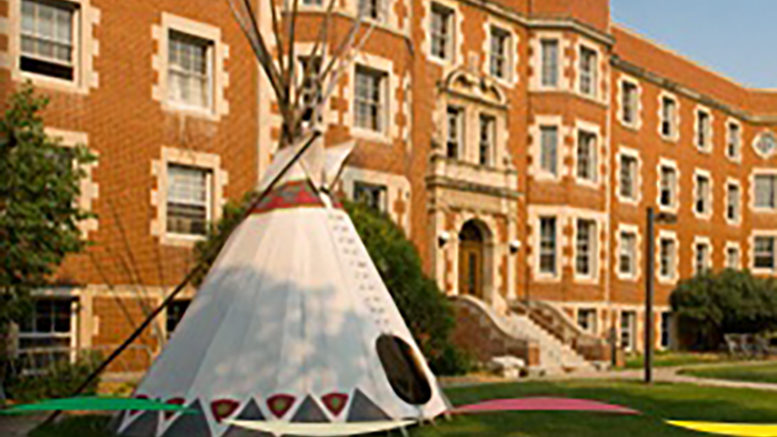 (ANNews) – On August 9, Canadian Actor Dan Levy posted a video to Twitter thanking everyone who donated to the University of Alberta’s Faculty of Native Studies in honour of his birthday.

Fans raised over $50,000 for the Faculty – which is the only one of its kind in North America.

Levy, star of television smash-hit Schitt’s Creek, began the video by saying, “Today is my birthday — and I would never normally brag about something like that — but a group of people on the internet raised over $50,000 for the faculty of Native Studies on my behalf and I felt absolutely compelled to come here and say thank you so much!”

“Thank you for making my day; thank you for doing such a good thing; thanks to everybody who donated; and the wonderful people who organized the fundraiser for my birthday. And I don’t tend to celebrate my birthday, so thank you all so much!”

“There is good on the internet. Who knew?” concluded Levy.

The free course offered by the University of Alberta explores Indigenous histories and contemporary issues in Canada.

When the course first launched in 2017, it saw an average of 1000 students per week.

But when Dan Levy enrolled and shouted out the program on his social media, 50,000 people joined in the first week alone.

“I thought, if I am going to sign up and learn, maybe some other people would want to join me, and we could do this as a group,” Levy said in a video posted to his Twitter.

“If 2020 has taught us anything, it’s that we need to actively relearn history – history that wasn’t taught to us in school – to better understand and contextualize our lives and how we can better support and be of service to each other.”

Due to his social media reach, the Schitt’s Creek star managed to bring in students from almost every country.

Paul Gareau, Academic Lead for the Indigenous Canada Course, said that the money raised in the birthday fundraiser was “very significant.”

“I was really surprised and really heartened by the response that people have to the work that we’re doing as an institution in the Faculty of Native Studies and what we’re doing at the university,” said Gareau.

“I’m really humbled by it and I’m really excited by the excitement that people have for these stories and these experiences of Indigenous people in Canada.”

It is important to note that the University of Alberta has had approximately $170 million dollars cut from its budget over the past two years.

For those interested in the MOOC, it is a beginner-level course offered online, completely free to everyone.

It’s a 12-week course with about two to three hours of work in each week. It covers 12 topics ranging from Indigenous legal traditions to various Indigenous political structures.