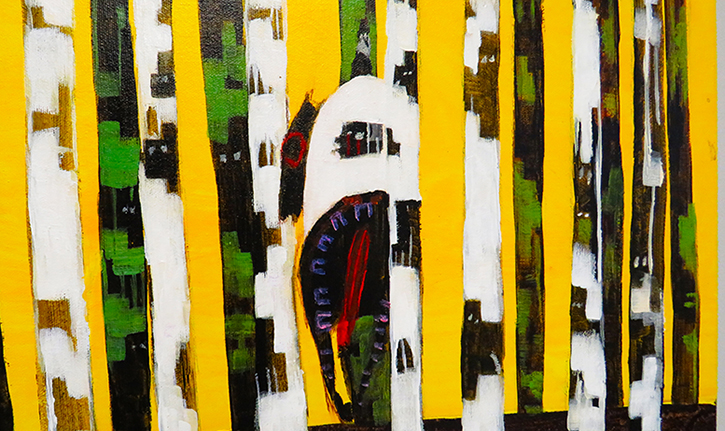 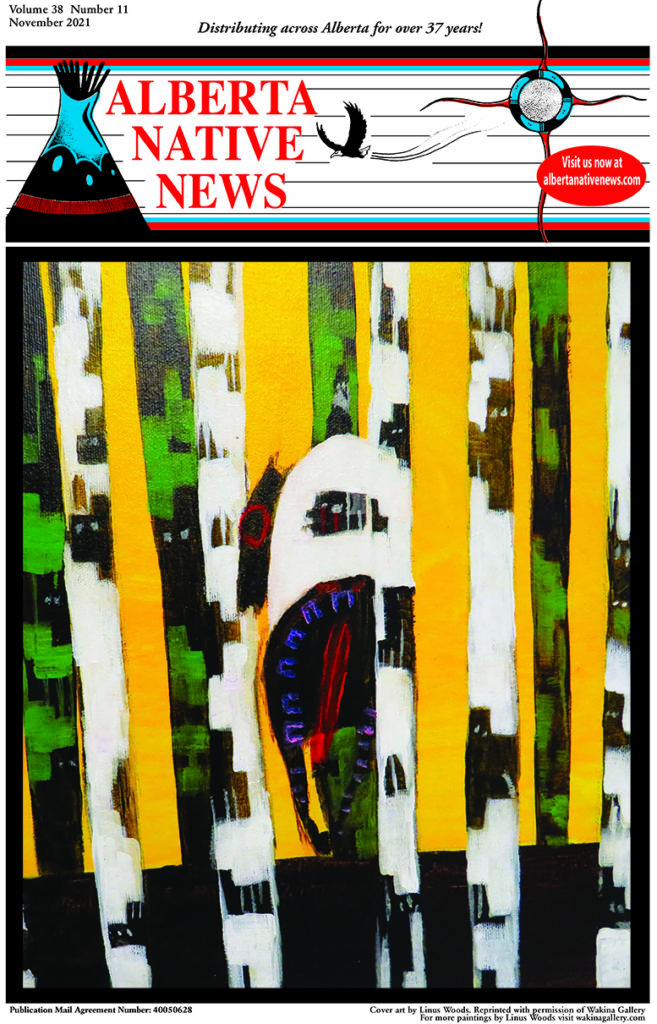 (ANNews) – The beautiful image featured on the cover of the November 2021 edition of Alberta Native News is entitled “Scout” by Linus Woods, a gifted contemporary artist from the Peguis First Nation in Manitoba who spends several months of each year in Edmonton.

“Scout” is part of a ‘Riders among the Willows” series created by Woods. The contrast of the white and the green willows against the backdrop of the bright yellow sky is very strong – while the image of the rider is practically camouflaged by the willow trees. Overall the image evokes a feeling of heightened anticipation and security for the viewer.

The painted horse is a sacred symbol of power for both the rider and the horse. The red symbolizes strength in battle, hunting and success. The circle around the horse’s eye strengthens its senses for battle to help ensure a successful outcome – survival and happiness for the community.

“Scout” is an acrylic on canvas and is available for sale at Wakina Gallery.

Linus Woods has been associated with the newspaper as a contributing artist since the 1990’s and he has been featured many times on the cover of Alberta Native News.

His images are among the favourites identified by readers of Alberta Native News.