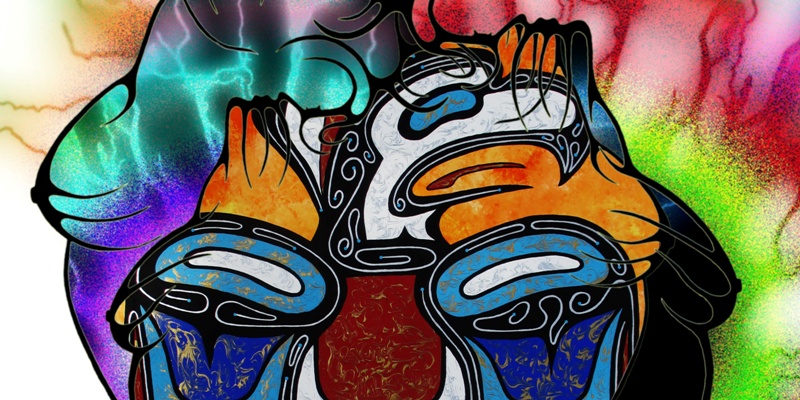 (ANNews) – The beautiful art that appears on the cover of the December 2015 edition of Alberta Native News is entitled “Freebird.”  It is a strong, yet serene depiction of an eagle tempered by muted colours and set against an intense backdrop that could be interpreted as the earth, sea and sky. It is the creation of the very talented contemporary Métis artist Timothy Mohan.

It is a fitting cover for our Christmas edition in that the sacred, wise and noble eagle has a strong connection with our Creator. It also symbolizes grace and power and is thought to be an indication of good times to come.

December marks the release of the final report of the Truth and Reconciliation Commission and with the recent announcement of the launch of a National Inquiry into Missing and Murdered Women and Girls; it is being heralded by many as the beginning of a new chapter in relations between Indigenous and non-Indigenous Canadians. As 2015 comes to a close, we are truly optimistic that 2016 will be a better year for everyone. 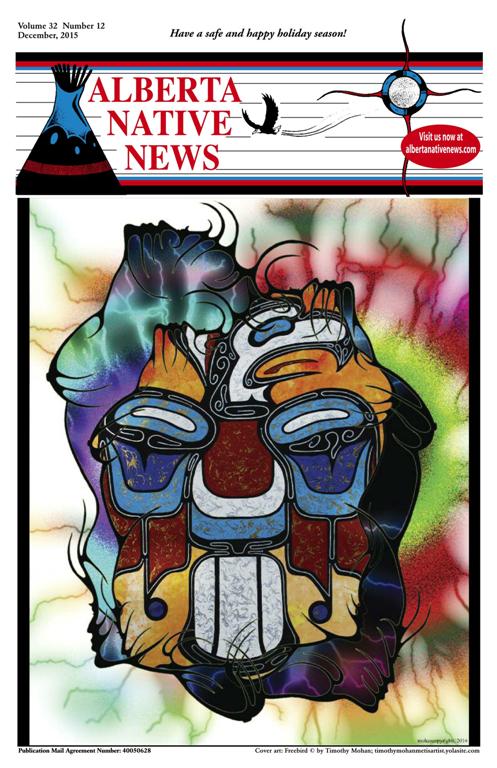 In “Freebird” the single image of the mighty eagle watching over all of mother earth is a striking cover image.

Mohan is no stranger to the Alberta Native News. His beautiful creations have been gracing our covers since 2002 and his artwork frequently appears on the inside pages as well. Without a doubt “Mohan” images are among our most highly complimented covers over 30 years of publishing.

Most recently Mohan has been exercising his creative juices with incredible mixed media paintings of iconic people who have inspired him personally and artistically. Images include master carver Bill Reid and actor Chief Dan George and also a fabulous collection of rock stars such as Metallica, Jimi Hendrix, Janis Joplin, Lennon and McCartney and several others.  These paintings are a fantastic tribute to these enormous legends and they are also a wonderful glimpse into the psyche and versatility of Tim Mohan.

Tim first received national acclaim for his motif “River Woman” used by Canadian fashion icon and recipient of the Order of Ontario Linda Lundstrom for her “La Parka” series. His artwork has appeared on the covers of dozens of publications and shown in countless solo exhibitions, including a special showing at the prestigious Toronto Intercontinental Hotel Centre during the Toronto 2010 G-20 Summit.