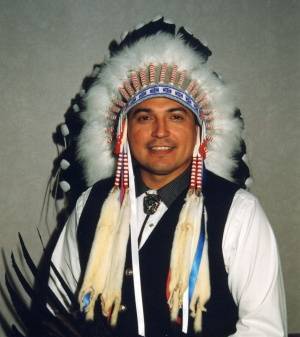 (January 14, 2016) – Assembly of First Nations (AFN) National Chief Perry Bellegarde welcomes the decision by the B.C. Supreme Court that the province failed in its duty to properly consult and accommodate First Nations on the Northern Gateway pipeline project.

“This ruling is a strong reminder to all governments of their duty to properly consult and accommodate First Nations on any initiatives that could affect our lands, waters, lives and rights,” said National Chief Bellegarde.  “The Crown’s legal duty to consult is a key constitutional requirement.  It cannot be offloaded or delegated.  This case is a good example of the need for governments to work with First Nations right from the outset in designing and implementing environmental protection and assessment laws and to involve us in intergovernmental agreements.   I lift up the Coastal First Nations, the Great Bear Initiative Society and Gitga’at First Nation for pursuing this matter to ensure First Nations rights are protected and respected.”

The B.C. Supreme court ruled on January 13 that the province breached the honour of the Crown by failing to consult with the Gitga’at and other Coastal First Nations on the Enbridge Northern Gateway pipeline, and that the province should have consulted First Nations about whether or not to terminate an agreement with the federal government respecting cooperation on environmental assessment.  The court ruling means that Enbridge must now apply for an environmental assessment certificate from the province and the province must now consult First Nations.  The Northern Gateway project was approved by the federal government in 2014.

The National Chief stated: “The Prime Minister has committed to make sure all federal laws and policies respect First Nations rights.  He has committed to give life to the principles of the UN Declaration on the Rights of Indigenous Peoples, including the right of First Nations to free, prior and informed consent on any developments in our traditional territories.  We call on provincial governments to follow suit.  Today’s decision shows that working together to realize these commitments will be a win for everyone, including First Nations, governments, the private sector and all Canadians.”