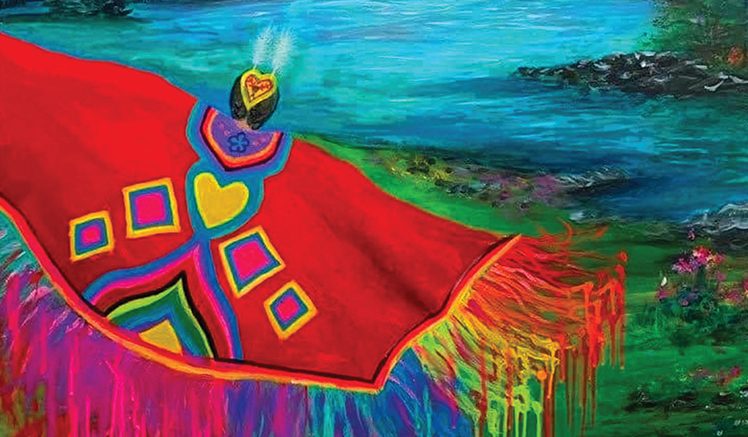 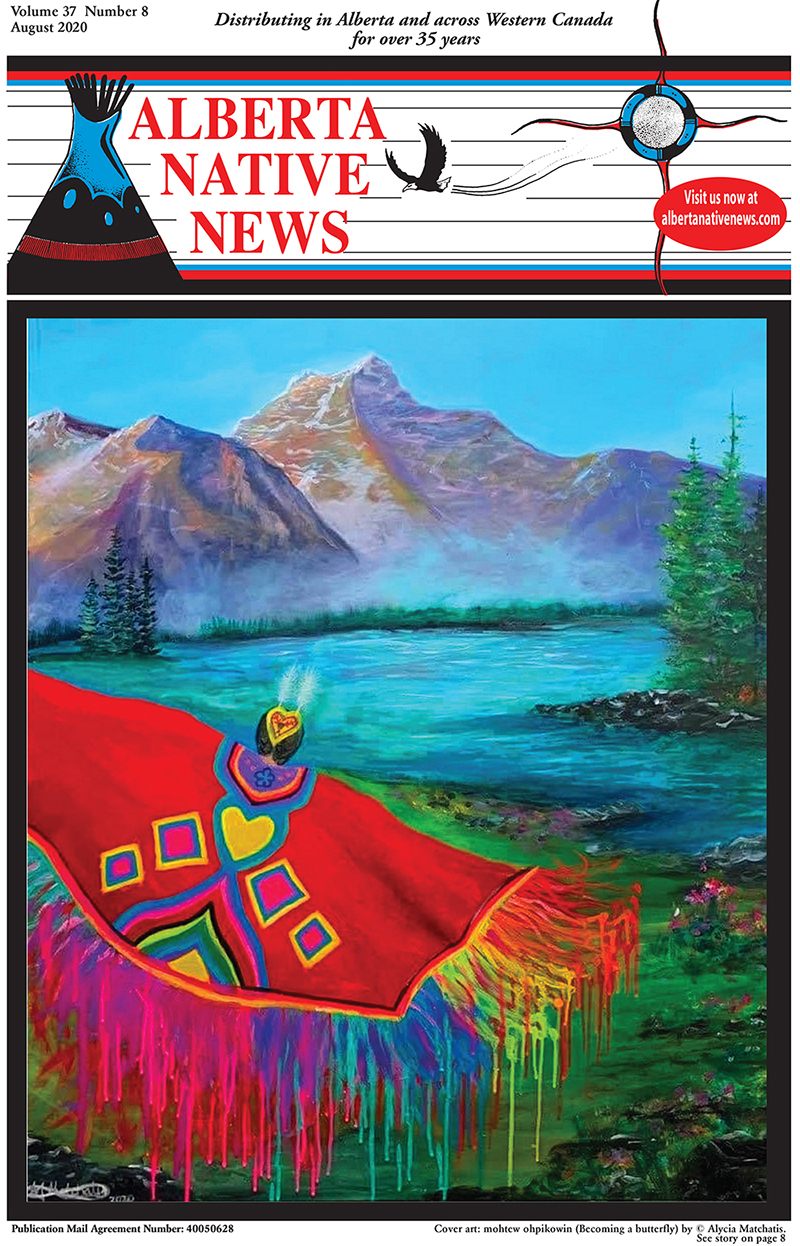 The composition, entitled “mohtew ohpikowin (Becoming a butterfly)” features a landscape with a beautiful mountain range and an equally beautiful lake. In the foreground of the landscape is a women’s fancy dancer with a rainbow shawl that seemingly drips onto the canvas. The landscape is reminiscent of Claude Monet – the thick brush strokes create the natural blending of the eye – while the heavy contrasted colours of the dancer bring comparisons to Vincent Van Gogh or Andy Warhol.

In an interview with Alberta Native News, Alycia spoke of what drives the work she makes, “I create pieces that represent my feelings, culture and things I love. I especially like to create pieces with sentimental themes that revolve around Indigenous issues.”

“I start off with a blank canvas and a blank mind. I then begin by picking colors that I feel suit my mood and allow my imagination to take it from there. I get inspiration from my surroundings and subjects that are close to my heart,” Matchatis said. “With every piece I make, I am trying to convey messages that raise awareness towards intergenerational trauma from residential schools and the beauty of the Indigenous culture. Art has been my biggest healing medium.”

The next piece featured is titled, “Wanihawak (missing men),” and “it represents the missing and murdered men that don’t get as much as acknowledgement as the women and girls,” said Matchatis. The painting features a plethora of handprints in Matchatis’ signature rainbow colours and the face of a Native man in a headdress with his eyes closed. The background is an abstraction of blues and blacks which makes a sense that there is no fixed time and space.

“That piece is very sentimental because my father was murdered in 2016,” Alycia explained, “I love to advocate for the missing men and boys. They deserve to be acknowledged as much as the females.” 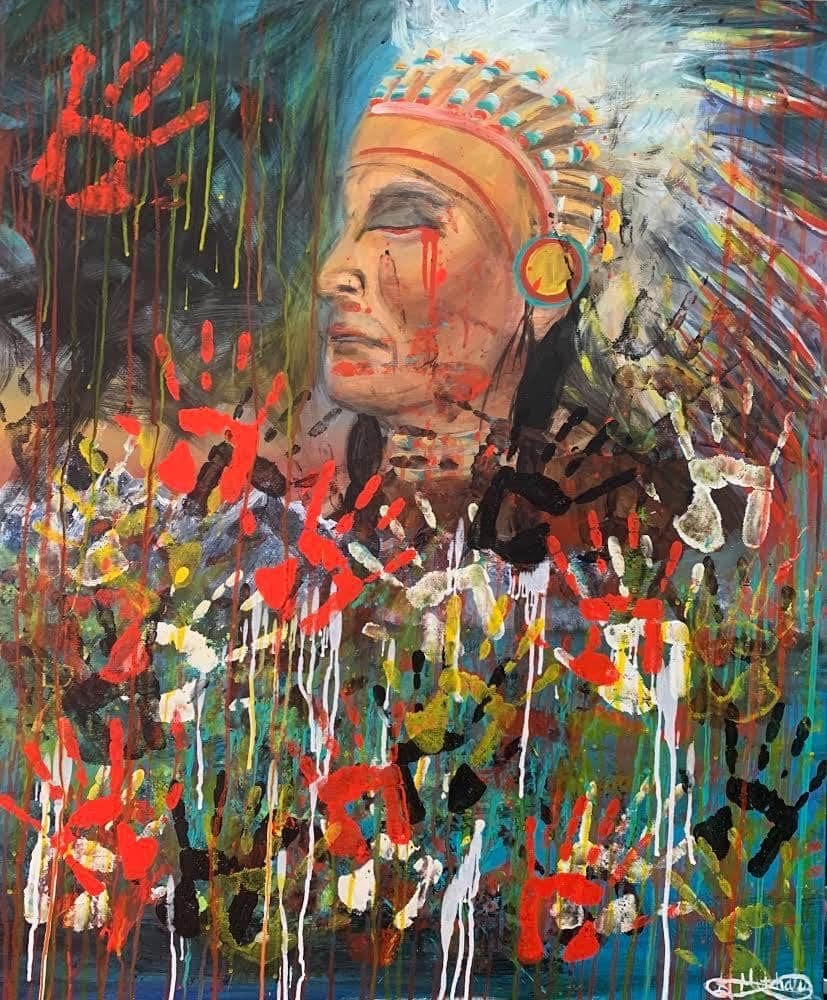 After being asked who her favourite Indigenous artists were, Alycia said, “One of my favourite artists is Fred Buchwitz because I love how realistic and detailed his landscape paintings are – I have a strong connection to the land. Alex Janvier is another artist I look up to because his line work and colour pallet is phenomenal. He is also one of my relatives and I aspire to be a well-known Indigenous artist just like him.”

Alycia is currently enrolled in the University of Alberta with a major in Drama and a Minor in Art. “I’m working towards a bachelor of secondary education. I’m on the way to becoming a high school drama and art teacher. My biggest goal in life is to become a very well-known Indigenous performing, and visual artist.”

“My advice for young emerging artists is to use your imagination to its fullest potential. I encourage others to pursue art in any form to help themselves heal and break cycles.

“I truly believe anyone can accomplish anything if they put their mind and body to it and don’t give up. As a future educator, I encourage all to chase their dreams and keep going even when faced with adversity.  I changed my major twice and failed a few classes but just because you fail doesn’t mean you can’t try again.”

“Honestly, it was a big goal of mine to have my work featured in Alberta Native News ever since I was 12,” Alycia mentioned. After I expressed my disbelief, she continued by saying, “I’m not even kidding! I remember reading Alberta Native News for the first time and seeing the Native artists in there and thinking, ‘I want to be that artist one day,” and here I am – which is crazy. I’m honestly so happy with my life right now. I worked so hard to be here and so have you.

Be the first to comment on "Feature artist for August 2020: Alycia Matchatis"