If never before, Father Jim Holland is certainly the talk of the town these days in Edmonton’s Aboriginal community.

And, yes, the Native community was up in arms over it. The people were not upset with Father Jim, as he is affectionately referred to, but rather about what was being forced upon him.

Concerns and fears ran rampant over the discovery that the local priest, stationed at Sacred Heart Church of the First Peoples in Edmonton’s McCauley district had been put on notice that he was to be relocated to a much more distant parish. 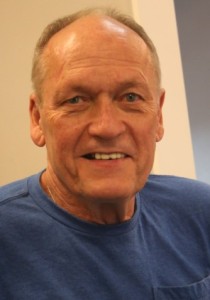 In the meantime, petitions to keep him where he is were circulating and had drawn over 2,000 signatures as of Sunday, May 10th. Another 2,600 were received via an online petition On this same day, the Oblate Order’s ‘Provincial’, Fr. Ken Forster, met with parishioners after the May 10 Sunday morning church services at Sacred Heart.

Those in attendance were provided the opportunity to express themselves about the proposed move. And speak they did!

In no uncertain terms, everyone who spoke backed the continuing presence of Fr. Jim and told the Provincial how dismayed they all were with the committee’s decision to remove him from Sacred Heart.

Over the past 20 years of administering his parish, Fr. Jim embraced the Aboriginal community which, in turn, embraced him. Fr. Jim has stated that, because of the Residential School syndrome which removed children from their families, culture and language, there’s been a tremendous amount of “distrust” of the church. It is that very issue that Fr. Jim has repeatedly tried to address, and to “right the wrong” with some degree of success. Many, in fact, who had abandoned the Catholic religion had returned to it because of Fr. Jim’s efforts and influence.

Over the years, Fr. Jim has been responsible for putting in innumerable hours and efforts, often at no cost to others, to assist members of his congregation, not just with baptisms, first communions, weddings, funerals and the like, but with virtually everything imaginable that would make their lives a bit better.

He helped develop huge garage sales, children’s Christmas and other parties, community hot meals, special memorial tributes, assisting with the missing and murdered women’s movement, and so much more. Significantly, too, he brought the national attention that saw the church dubbed as THE “Church of the First Peoples.”

Here’s a man who works “tirelessly” for the good of the community, claimed Walter Cardinal. Pat Dellaire got so upset and annoyed that she, among others, fired off a letter of complaint to the Archbishop, even the Pope!

Several individuals expressed their desire to be on the receiving end of “What’s best for us,” not only what the Oblate committee perceives and feels is best for the church.

“Why do this to someone who’s worked so hard?”

Fred Favell, who travels in from Entwistle to attend services said Fr. Jim does “a ton of work, is a really good man.” He sincerely questions why they would send him elsewhere.

“I was so upset when I heard (about it),” said Marlene Poitras, a regular church goer and leader of the church’s choir. “A lot of people I spoke to say they come here because of Fr. Jim,” and many will not attend if he’s not here. They, too, will go to a different church.

Whatever the final outcome, it was abundantly clear from all who spoke up that they opposed the Oblate’s plans to remove Fr. Jim Holland from Sacred Heart Church. Indications were it wouldn’t stop there, the petitioning would continue, and strong letters of support would increase. Obviously, there were those willing to fight this thing to the bitter end if necessary.

Then suddenly, on May 17, Fr. Jim received a letter dated May 15, 2015, signed by Fr. Ken Forster. The letter was read aloud at the following Sunday services at Sacred Heart. In the letter, Fr. Forster stated, “we did fail to include you in decisions that will affect your life and community.”

He went on to say, “The decision (is) that Fr. Jim will continue with the role as pastor of Sacred Heart,” and “that any future planning by the Oblates regarding Sacred Heart will be done in partnership with you the people of the parish.”

Church-goers, needless to say were absolutely thrilled as was Fr. Jim who firmly believes that it was the “power of the people” that salvaged his role at Sacred Heart. The will of the people and the pressure applied by them was largely responsible for the “change of heart” from the Oblates, said Fr. Jim.

As for the local scene today, Fr. Jim appears to have a renewed and glowing facial presence about him. Obviously he is quite pleased with the final outcome as he continues to minister to the faithful.