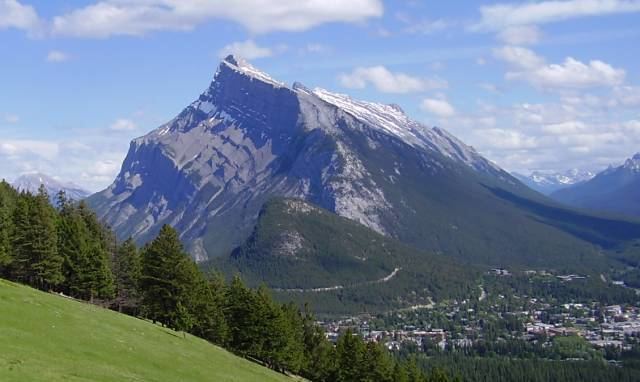 (ANNews) – A Canmore mountain peak is now officially going by its original Stoney Nakoda name of Anû Kathâ Îpa, or Bald Eagle Peak, after being referred to by a racist and sexist slur for 100 years, the CBC reports.

A renaming ceremony for the peak located near the summit of Mount Charles Stewart was held last year with Stoney Nakoda elders, but the offensive name of “S—w’s T-t” will now be removed from official provincial and federal databases and maps.

“Today, we will certainly honour our women.… It is on behalf of them that I stand here today with our council and elders to give thanks to our creator for guiding us in the naming of Bald Eagle Peak, Anû Kathâ Îpa,” Chiniki First Nation Chief Aaron Young said on Aug. 23 in front of the peak.

“A racist and sexist term has finally been cast aside. The Stoney people are grateful.”

The Indigenous name for the peak is based on the migratory pattern of eagles. It was here that locals would collect feathers, he added.

Another offensively-nicknamed mountain remains at Banff National Park, but the province says it’s working with federal and Indigenous leaders on coming up with a new moniker.

“Sadly, sometimes the common names given to places are inappropriate and offensive, even an embarrassment to use,” Alberta Culture Minister Ron Orr told the CBC. “We’re correcting the official record for two of those places.”

“We must recognize and celebrate Indigenous culture and the traditional names that reflect the true meaning and history of the land,” Wilson told the climbing magazine Gripped.

“We must understand the past and honour these sacred places so we can continue to teach future generations about their ancestors and the places that connect them.”

In a Facebook post, the Institute for the Advancement of Aboriginal Women said the name change was long overdue, but pointed out there are many more sites whose names use the same slur.

“Across Canada there are still 21 landmarks with this derogatory term for women. Sad, but true,” the institute wrote.