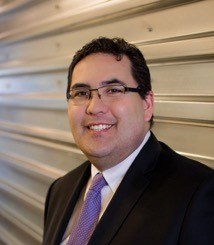 (ANNews) – The Government of Canada recognizes the need to modernize the National Energy Board and has taken steps to do just that. Last November the federal government announced that it had put together a five-person panel of experts that would traverse the country and speak to citizens in an effort to provide the input and recommendations needed to modernize the National Energy Board (NEB), which was first established more than five decades ago. On January 16, 2017, Natural Resources Minister, Jim Carr, announced the cities that would be included in the (two-day) discussions.

Within days the team of expert panelists met at their first destination, Saskatoon, Saskatchewan. Those meetings took place on January 25-16, 2017. Since then, the panel’s journey has taken them to Toronto, Saskatoon, Vancouver, Winnipeg, Ottawa, Fort St. John and more recently, Edmonton (March 7-8). A visit to Iqaluit (March 14-15) was recently cancelled; the panel went to Yellowknife, where they held a one-day meeting with both Indigenous and non-Indigenous citizens and stakeholders. Just two cities remain on the list:  Saint John, New Brunswick (March 21-22) and Montreal, Quebec (March 28-29).

In announcing the panel Minister Carr explained, “Our government believes we must develop our resources and get them to market in an environmentally-responsible way, while creating jobs for the middle class. This requires a regulatory process that has the confidence of Canadians. The Expert Panel will offer many opportunities for Canadians to provide input on the modernization of the NEB.”

In almost every corner of the nation citizens have come out swinging when asked about their opinion of the NEB and their answers have made it clear that very few Canadians have any faith in the current system; Canadians do not trust the National Energy Board, its way of arriving at conclusions nor its decision-making abilities. Canadians are also uncomfortable with the fact that Indigenous representation is minimal at best. 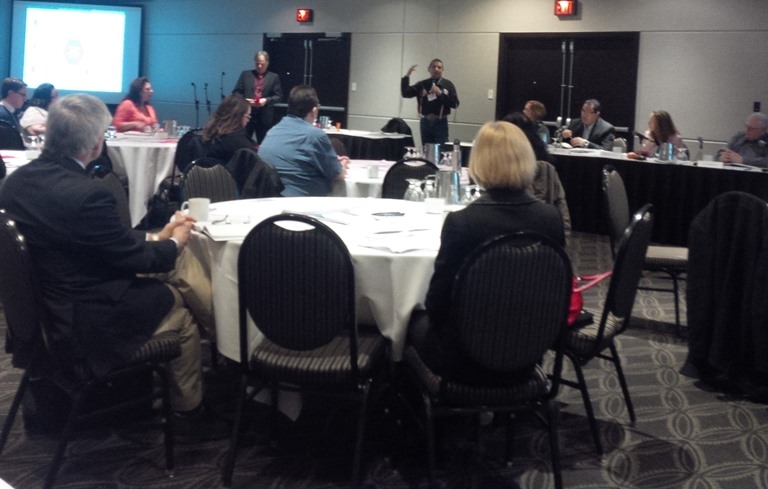 The Edmonton meeting of the National Energy Board opened with a prayer from Elder Ricky Buffalo.

“There is no government of any political stripe that has not recently been troubled by the undermining of public trust on public institutions in general and on the ability to make decisions around energy and related environmental interests on energy projects in particular,” noted Panelist Brenda Kenny, an engineer who has worked in management with the NEB and with a pipeline industry lobby group.

Wendy Grant John is a former three-term Chief of British Columbia’s Musqueam First Nation and was the first woman ever elected as a Regional Vice-Chief of the Assembly of First Nations. Gary Merasty is President and COO of Des Nedhe Developments LP and serves as a Director at the Canada West Foundation. A member of the Peter Ballantyne Cree Nation, Gary served two terms as Grand Chief of the Prince Albert Grand Council and as a Member of Parliament serving northern Saskatchewan. He has also served on a variety of boards including the Prince Albert Development Corporation, West Wind Aviation Limited Partnership, Saskatchewan Indian Institute of Technologies and Saskatoon Airport Authority. He was previously Vice President, Corporate Social Responsibility at Cameco Corporation.

In a recent interview with Alberta Native News Mr. Merasty said that the panel was mandated to look into and consider input in six different areas that will help in the re-structuring of the NEB. These areas of concern include Indigenous Engagement, Public Participation, Legislative Tools, Mandate, Decision Making and Governance.

“Since day one it has been apparent that Indigenous issues are a primary concern to every stakeholder.

“We have received a tremendous amount of presentations, information and issues raised on the Indigenous file and that input comes not only from Indigenous participants but also from non-Indigenous stakeholders as well.”

Indigenous participation has been a key issue but Mr. Merasty said it goes deeper than that.

“It’s about how the NEB makes decisions with respect to its governance. Is the governance set up properly? Are Indigenous issues considered in the context of governance when it comes to boots-on-the-ground types of activities? Board membership is one thing but it’s also about Indigenous expertise and an Indigenous understanding that can shore up and support these issues as they are brought up, not just by government, but also by the regulator (NEB) and the proponent.”

Consultation has also been a big topic of discussion in the various cities that have been visited to date.

“The question: ‘Is the duty to consult being truly and meaningfully implemented’ is one of the things we’ve been asked about the most.”

Merasty expalined, “We’ve heard a range of answers back to that question and they include everything from people feeling as though they were simply being checked off in a box to those who say that they feel they’ve been involved in positive talks and have received meaningful engagement.”

Indigenous input and participation, he noted, is very important and most Canadians realize the significance of the valuable input that Aboriginal communities have to offer.

“The idea is for these recommendations to help modernize the Act relative to today’s realities of Indigenous rights because there have been three decades of court cases that have changed the landscape on rights issues. A lot has changed on the Indigenous right front since the act was first introduced in 1959. There’s also been a lot of change on renewable energy and greenhouse gas emissions.  A lot has also changed in society because of the public’s availability to access and participate in social media. The public has made it clear they they have an expectation of seeing an honest, transparent and accurate process; people want to feel comfortable that the best decisions are being made by the most qualified people.

“The importance that Indigenous people are part of the process is something that we are hearing very loudly and clearly from all stakeholders, both Indigenous and non-Indigenous. There needs to be better communications with Indigenous communities for these projects; the message has been very strong in this area.”

During their visits to the various communities, panel members held three types of sessions (presentations, dialogue sessions and open houses) that were open to the public on the first day in each city. On the second day, the panel met with Indigenous peoples to discuss the needs and interests of their communities. Sessions on both days were open to anyone with an interest in the modernization of the NEB. Once the meeting process has concluded anyone interested in submitting information or wanting to know more about the process can do so on the website: www.neb-modernization.ca.

The Expert Panel has also been posting discussion papers online seeking input on a number of key areas beyond environmental assessment, including the NEB’s governance structure, role and mandate, with a particular focus on enhancing the participation of the public and Indigenous peoples in regulatory reviews.

Other topics such as the NEB’s decision-making role on projects, the life-cycle regulation of projects, and emergency prevention, preparedness, and response will also be covered.

The Expert Panel will submit its report and recommendations to the Minister of Natural Resources by May 15, 2017. The report will be made public.