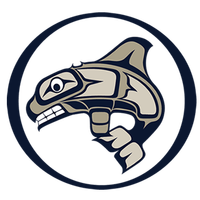 On March 25, Huu-ay-aht citizens voted 70 per cent in support for the proposed Sarita LNG Project with Steelhead LNG. The proposed LNG facility, which also received unanimous support of Huu-ay-aht’s Ḥaw̓iiḥ Council (Hereditary Chiefs) and elected Executive Council, could be an economic game changer for the Nation of 750 people.

“The people have spoken. We can move forward and take the people’s message to the world, showing them what world-leading means. The people’s vote will give the project business certainty to take it to the next stage,” stated Robert J. Dennis, Sr., Chief Councillor, Huu-ay-aht First Nations.

“Our co-management arrangement for this project is ground breaking and, by approving such a world-leading approach, Huu-ay-aht is continuing to be a leader among First Nations.”

The Huu-ay-aht citizen approval is particularly significant because it marks one of the earliest points in project development at which a First Nation community has voted to approve an LNG export facility or pipeline project in BC.

The resounding positive vote means that Huu-ay-aht and Steelhead LNG will move forward with a co-management relationship to develop the proposed facility on Huu-ay-aht owned land in their ḥahuułi (traditional territory), on the west coast of Vancouver Island.

“In my role as hereditary leader, it is important that I know we are following a path that is right for my people,” added Tayii Ḥaw̓ił ƛiišin (Derek Peters), Head Hereditary Chief, Huu-ay-aht First Nations. “Our elected leaders have ensured that their voices have been heard and by moving forward united in our vision, we will continue to be a strong resilient nation. I offer my word that I will always honour my commitment to protect our ḥahuułi (traditional territory) and act in a way that is best for our nation. Moving forward, we will continue to engage and consult with citizens.”

The Sarita LNG facility is in the preliminary engineering and conceptual design stage.

“This is a first in B.C. and Canada, and creates a significant degree of certainty early in the project for not only Huu-ay-aht and Steelhead LNG, but also for government, investors and customers,”  noted Nigel Kuzemko, CEO, Steelhead LNG.

“The project, which will become a leader in socially responsible energy development both in Canada and globally, will also supply a continually evolving global LNG market in which countries around the world are choosing clean-burning natural gas as a clean, sustainable energy source.”

Huu-ay-aht First Nations is an indigenous community located on the west coast of Vancouver Island in British Columbia. It is a part of the Nuu-chah-nulth Nation, formerly called the Nootka. Huu-ay-aht is a party to the Maa-nulth Final Agreement, a modern treaty that grants its five member-nations constitutionally-protected self-government as well as ownership, control and law-making authority over their lands and resources. For more information, visit huuayaht.org.