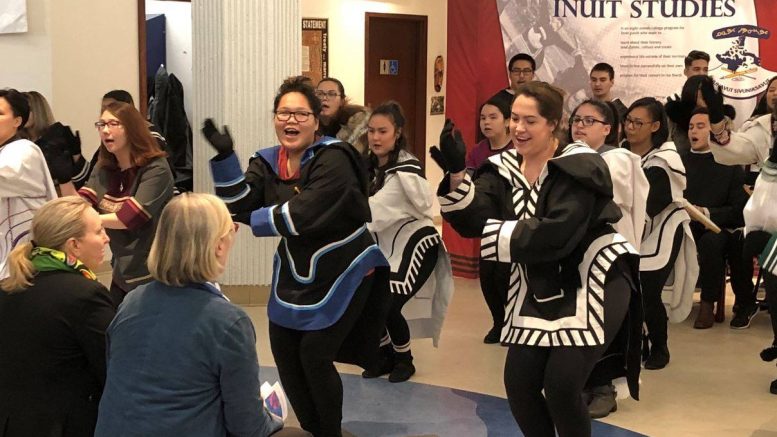 They stated, “Today on International Inuit Day, we honour the vibrant culture and rich history of Inuit communities in Canada and around the world. We invite all Canadians to join in celebrating the significant contributions of Inuit in Canada.

“On this day, we also reiterate our Government’s commitment to working in partnership with Inuit to build healthier and more prosperous communities. Together we will continue to recognize the rights and interests of Inuit, protect the Arctic environment, and support a strong and dynamic northern economy.

“We know that the Inuit must lead the development of policies and programs for the North – that is the only way forward. This means ensuring Inuit traditional knowledge is an important part of the decision-making process for the North. The Inuit Crown Partnership Committee meets regularly in the spirit of partnership and reconciliation to address the issues identified by Inuit. We also recognize that Inuit face significantly higher rates of tuberculosis than the general population in Canada, and we are actively working with Inuit leaders and communities to eliminate tuberculosis in Inuit Nunangat by 2030.

“We continue to make progress with Inuit partners on these critical issues as we work hand in hand towards a brighter future for Inuit and all Canadians.

“Today, we join all Canadians and celebrate the richness of Inuit Qaujimajatuqangit.

Be the first to comment on "Canada celebrates International Inuit Day: Nov. 7"