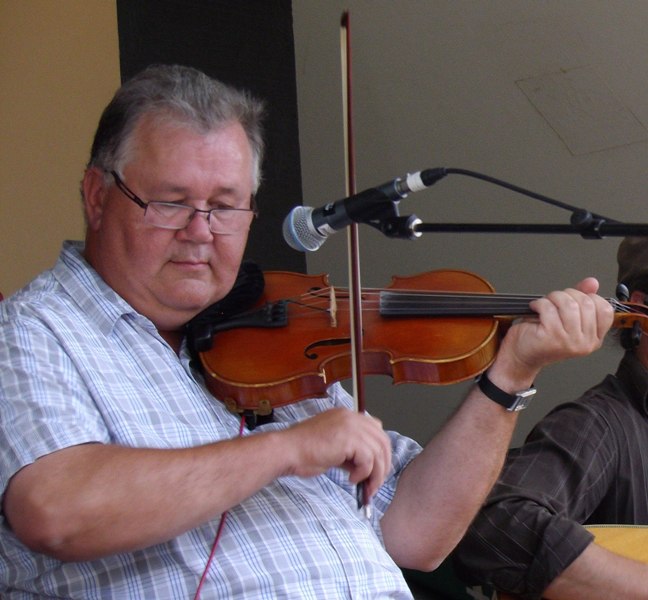 Calvin Vollrath is among the best known fiddlers on the continent; his name is synonymous with the success he’s gained working his way to the top. A celebrated Metis musician, Vollrath learned his trade and garnered his success the old fashioned way, with hard work and perseverance, fuelling his natural talent.

Calvin’s latest gig took place during the 2015 Edmonton Folk Fest, which took place in downtown Gallagher Park, August 6-9. He participated in three separate performances during the four day music fest, including Fiddler’s Roof on Stage 1 on August 8; Four Story Strong on Stage 6 on August 9 and once more on the final day of the music gala when he and his band appeared on Stage 7 and offered up an outstanding performance to the large crowd who’d gathered to hear him play. 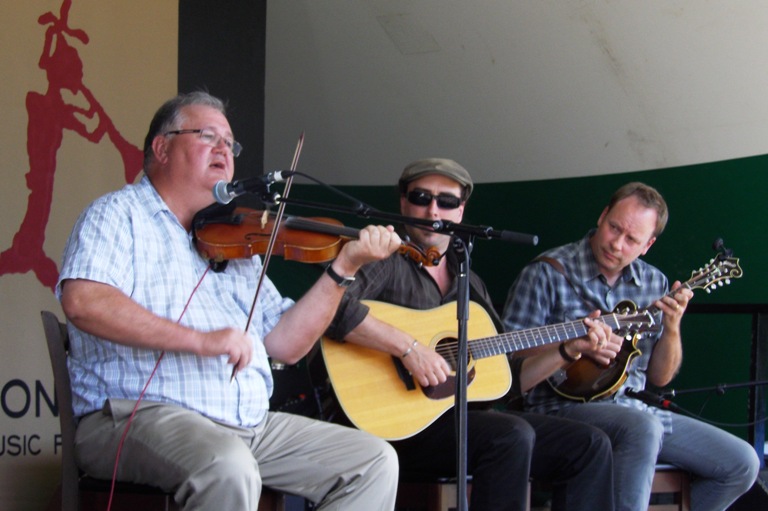 Celebrated Metis fiddler Calvin Vollrath returned to the Edmonton Folk Music Festival this summer and fiddled up a frenzy for adoring fans. Article by John Copley

It was a gorgeous day at  Folk Fest with the temperatures soaring into the 30s. Vollrath welcomed the applauding crowd saying, “Thank you so much, can someone turn up the heat?”

Then Calvin and his band proceeded to do just that. They turned up the heat with some mighty fine fiddle playing, accompanied by his wife Rhea’s step dancing.

“The Edmonton Folk Festival is one of my favourite venues,” explained Calvin,  “but you might not realize that, especially since this is my first time back since about 1996.”

He’s been invited back most every year since, but his schedule is a busy one and during the second week of August he already has a commitment to play at John Arcand’s Fiddle Fest in Saskatchewan.

“I was fortunate this year,” he explained. “John’s festival was August 13-16 so I was able to accept an invitation to come back to the Folk Fest; it was a blast.

“The Edmonton Folk Fest people do such an outstanding job; the festival is well organized and professionally run and they treat the musicians extremely well. It’s an event that people from around world know about. This year’s Fest was outstanding once again and we really enjoyed ourselves. I look forward to coming back again, hopefully not too far down the road.”

The John Arcand Fiddle Festival, launched in 1998, takes place every August.  The initiative is designed with young musicians and dancers in mind and adheres to a grassroots philosophy allowing all to experience a culturally rich experience, at a low admission rate with effective programming that serves their mandate “to promote and preserve fiddle, music and dance and provide a forum to showcase youth talent and culture.”

After the gig in Saskatchewan, Calvin will head east to Moncton, New Brunswick, where he will participate as a judge at the annual Grand Canadian National Fiddling Championships.

“It’s an honour to be invited to judge this outstanding competition,” he assured, “and I am pleased to say that next year’s championships will be held here in Morinville, Alberta. Until the last few years the event was always held in Ottawa, but that changed in 2013 when the event took place in Saskatoon. Albertans can gear for 2016; it’s going to be something you will not want to miss.”

During his career, Vollrath has composed more than 475 tunes. Twice crowned as the Grand North American Old Tyme Fiddle Champion, the 55 year old musician still remains very active in mentoring the next generation of fiddlers. 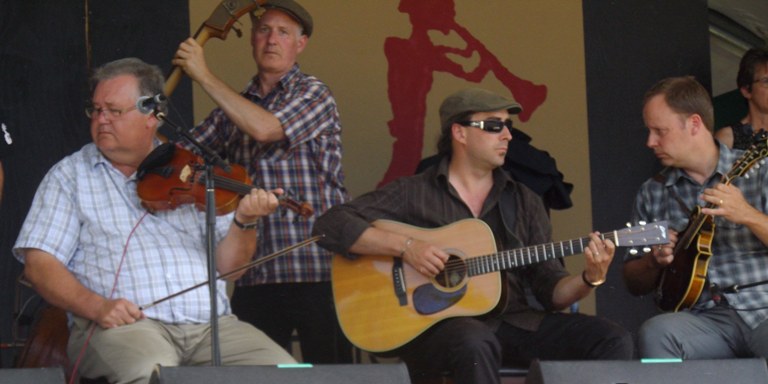 Calvin Vollrath is a local guy; he lived on a farm not far from Morinville, attended Paul Kane High School for a couple of years before transferring to Sturgeon Composite to finish his high school education. He’s a self-taught fiddle player who strutted his stuff throughout the smaller communities here in north-central Alberta, often playing in St. Albert, Morinville, Legal, Boa Accord and other communities. He quickly became a fan favourite and in 2010 was chosen to compose the fiddle music played at the Vancouver Winter Olympics.

“That was a very rewarding experience and I was honoured to get the call,” he said.

A year later, in the summer of 2011 he was inducted into the North American Fiddlers Hall of Fame in New York City. With more than 45 albums and hundreds of songs, Vollrath has made it to the top in his chosen profession and in doing so has won numerous awards, including ‘Instrumentalist of the Year’ at the Alberta Country Music Awards in 1993, a Lifetime Achievement Award from the Canadian Grand Masters Fiddlers Association in 2005 and the same award again in 2007, this time from the Alberta Men of Country Music Association. In 2009 he received the Bev Munro Award from Canadian Country Music Legends. In 2013 he was named and awarded the title: First Ambassador of Morinville.

“It’s been an exciting career and I’ve pretty much enjoyed every moment of it,” he said, noting that the awards “are very nice to receive; it’s a humbling experience when your name is called and you make your way to the podium to receive an award, but in the end it’s really the fans that make the difference. I am very thankful that people enjoy my music and come out to hear us play; without the fans there would be no fanfare. Thank-you all!”

Calvin plays his fiddle and wows audiences across the country but in central and northern Alberta he’s not just a fiddling sensation, he’s a beloved musician with a sense of humour and a twinkle in his eye.

“No finer fiddle player exists,” said Don Langford, head of Metis Child and Family Services, whose grandsons and granddaughters are major contributors with the well known and very busy Metis Child and Family Dancers. “Calvin is not only an outstanding musician, he’s a humble and soft spoken man who will go out of his way to accommodate you.”

“What a band!” exclaimed Vollrath. “You knocked it out of the park with your musical performances and your infectious personalities.”

He expressed his gratitude that so many well known and highly regarded musicians participated in his orchestra. “I am the lucky one,” he added, noting that “thanks to my amazing wife, Rhea, who works tirelessly to organize this amazing event, it was another outstanding weekend of music and good fun.”

Vollrath’s love of music came early in life; his father, “Lefty” Vollrath was also known as a great fiddler, something he passed on to his young so.

“I was raised on the Don Messer’s Jubilee and I received my first fiddle when I was just eight year old,” he notes in his biography. “I entered my first fiddle contest when I was 13 and the hard work paid off – by the time I was 17 I was competing for and winning in the championship class.”

Many of Calvin’s 475 tunes have become standard contest and dance tunes across North America and Europe. To date he has created 58 of his own albums, numerous music books of his original compositions and an instructional DVD. He’s also got an online music store that offers everything from sheet music to T-shirts, including country and swing music, traditional recordings, CDs, Concert DVDs and fiddle lessons via video downloads. Be sure to check it out on his website: calvinvollrath.com.