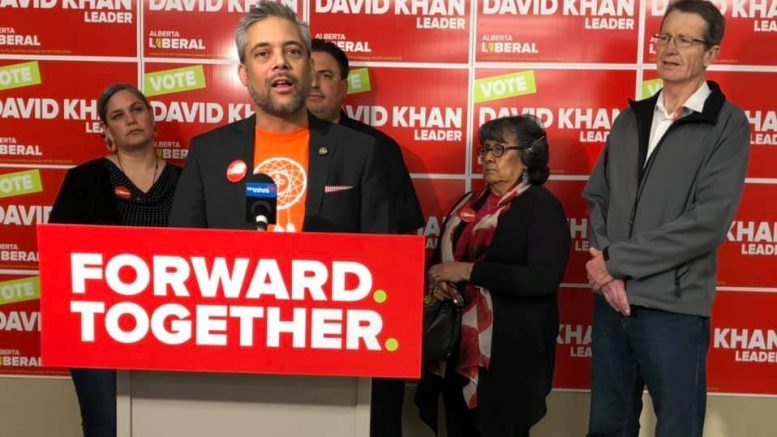 Khan stated, “Alberta Liberals believe there must be reconciliation with Indigenous peoples in government and society. Indigenous Albertans face systemic racism and the consequences of Canada’s violent colonial past. Our plan will help addresses these issues.

“Our Indigenous education reforms will include Indigenous Language immersion programs and Indigenous-led revisions to the curriculum. This will more accurately explain the Indigenous peoples history in Canada and the injustices they suffered.

“We will reform a justice system that is often harsh and unfair to Indigenous Albertans. We will ensure the Gladue Principle applies to Provincial offence convictions. This will mandate Provincial Courts to utilize Aboriginal-based sentencing principles. We will also amend the Jury Act to make juries more representative. We will put an end to police carding.

“We will add six new seats to the Alberta Legislature for Indigenous Peoples MLAs. This will address the historic under representation of Indigenous Albertans in Provincial Politics.

“Our party will also commit to mandatory training for public servants. We want to raise their awareness and respect of First Nations Treaty rights. We will push to negotiate resource-sharing agreements with First Nations in advance of negotiated Treaty land entitlement agreements. Responsible resource development cannot move forward without their participation.

Be the first to comment on "Alberta Liberals launch Indigenous platform"