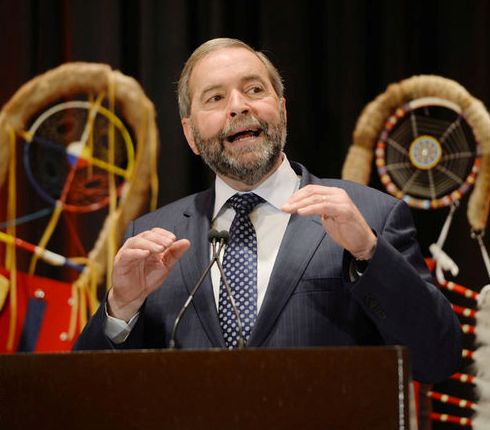 “The NDP platform is a comprehensive response to our Closing the Gap agenda,” said AFN National Chief Bellegarde.  “It addresses many of our key priorities and commits to high level engagement to work together to close the gap.  There are high human and economic costs to all of us in maintaining the gap.  The nation-to-nation approach is the way forward and it must be put into action.  I thank the NDP leader for participating in our Open Forum and engaging directly with First Nations.”

“We hold up all federal parties and party leaders that truly listen to First Nations and reflect our concerns,” said AFN National Chief Bellegarde.  “We put out our Closing the Gap document so that our priorities were clear and to press the parties to respond.  First Nations priorities are Canada’s priorities and I am pleased that yet another party is responding to our agenda.”

The National Chief stated that the AFN will be releasing a summary of all platforms and commitments to First Nations in advance of the Election on October 19, 2015.  For more information on First Nation priorities for the upcoming federal election and on Closing the Gap in quality of life between First Nations people and Canadians please visit:http://www.afn.ca/uploads/files/closing-the-gap.pdf