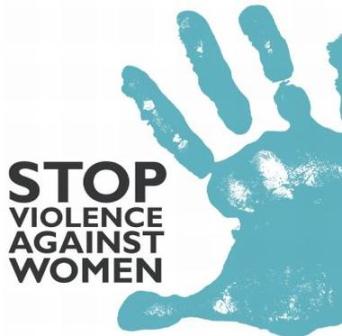 (Amnesty Int. Canada) — On February 27, 2015, the National Roundtable on Missing and Murdered Indigenous Women and Girls brought together family members of missing and murdered Indigenous women and girls, national Aboriginal organizations (NAOs), and representatives from the federal, provincial and territorial governments to Ottawa to discuss the need for action to combat the staggeringly high rates of violence against Indigenous women and girls. Provinces, territories, and all NAOs are on record as supporting an independent inquiry into the issue.

At the end of the one-day roundtable, the federal government remained adamantly opposed to an independent national inquiry. Participants agreed to work on an awareness campaign and committed to holding another roundtable, this time hosted in Manitoba, by the end of 2016. Roundtable participants agreed to coordinate efforts on policing, community safety and crime prevention, but this commitment continues to fall far short of the comprehensive, coordinated national response long called for by Indigenous women’s organizations and human rights groups. See roundtable news release for more information.

Better policing and community safety measures are important, but they are not enough. The root causes of violence that put Indigenous women and girls in harm’s way need to be addressed. An alarming study released in advance of the roundtable showed that the federal government has dismissed or ignored analysis and recommendations that address the root causes of violence. Fifty eight reports on the issue of violence against Indigenous women have been produced over the past 20 years; only a handful of the more than 700 recommendations in these reports have been fully implemented.

WHO ARE THE PERPETRATORS?

On the eve of the roundtable, federal Status of Women Minister Kellie Leitch told the Globe and Mail that the federal government was prepared to move ahead with some new initiatives on anti-violence programs directed at Indigenous men. Minister Leitch said, “We have a good sense of the individuals who are perpetuating these crimes.” In other words, the government has defined the issue as Indigenous men carrying out acts of violence against Indigenous women and girls and is only prepared to consider actions that fit that frame.

The vast majority of murders are committed by someone known to the victim. This is true for Indigenous and non-Indigenous women.

The statistics published by the RCMP show that Indigenous women are 3.5 times more likely than non-Indigenous women to be murdered by a spouse or family member and 7 times more likely to be murdered by an acquaintance—this could be a friend, neighbour, colleague, or another man who is not an intimate partner of the victims—the Aboriginal identity of such acquaintances is not known. (These numbers are derived from the RCMP report but not published by the RCMP.)

Regardless of the Aboriginal or non-Aboriginal identity of the perpetrator, or their relationship to the victim, attacks on Indigenous women take place in a social context in which discrimination, marginalization and impoverishment help put Indigenous women in harm’s way, deny Indigenous women the opportunity to escape violence, or even encourage some men to feel that they can get away with acts of violence and hatred against them.

Minister Leitch’s framing of the issue is incorrect and dangerous. And it points once again to the increasingly urgent need for an independent public inquiry to ensure that the policies and programs that make up a national action plan on violence against women are based on a clear, unbiased understanding of the issues, and help hold government accountable for acting on the recommendations brought forward by affected families, communities and Indigenous peoples’ organizations.

Indigenous women’s organizations and human rights groups have long said that the shocking levels of violence faced by First Nations, Inuit and Métis women and girls requires nothing less than a comprehensive, coordinated national response to ensure effective, unbiased police investigations, to support the families of those who have been murdered or gone missing, and to address the factors putting Indigenous women in harm’s way in the first place. The roundtable does not change this call to action. Anything less than a comprehensive national response, informed by an independent public inquiry, a failure to Indigenous women and girls.

Be the first to comment on "What happened at the National Roundtable on Missing and Murdered Indigenous Women ?"