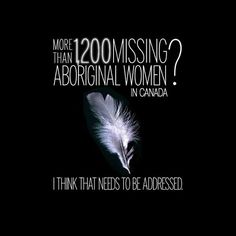 OTTAWA, Feb. 26, 2015 /CNW/ – Assembly of First Nations (AFN) National Chief Perry Bellegarde said the research study released today by the Legal Strategy Coalition on Violence Against Indigenous Women is a valuable contribution to the discussion on the need for a national inquiry into the national crisis of missing and murdered Indigenous women and thanked the Coalition members for their work and commitment.

National Chief Bellegarde said, “We have many allies, activists and expert opinion all committed to seeing immediate action guided by advice and direction from Indigenous women, communities, leadership, human rights experts and activists. Citizens in all jurisdictions want to see action to ensure safety and security for Indigenous women and girls. A national inquiry on missing and murdered Indigenous women and girls will draw together all of the voices – families, Indigenous women’s organizations, the Assembly of First Nations and all of our partners in governments and civil society to work to this common goal of eliminating this scourge through ongoing commitment and action.”

The report released today was prepared by researchers from the Legal Strategy Coalition on Violence Against Indigenous Women. Researchers reviewed 58 reports spanning a period of two decades dealing with discrimination and violence against Indigenous women and girls, including government studies, research by Indigenous women’s organizations and reports by international human rights bodies. The study finds broad consensus across many reports that the high levels of violence against Indigenous women are rooted in a history of discrimination that begins with colonization and continues through laws and policies like the Indian Act and residential schools. The report concludes that out of more than 700 recommendations put forward over the years only a small few have been fully implemented.

“Today’s report shows that despite the large number of studies and examinations on the issue of violence and discrimination against Indigenous women and girls there has been an appalling lack of action on the recommendations,” said AFN National Chief Bellegarde. “This is why we continue to press for action to address this urgent issue as well as a national inquiry to ensure accountability and to draw together all of the experience and expertise needed including the voices of families who have been directly impacted.”

Why a National Inquiry Into the National Crisis of Missing & Murdered Indigenous Women & Girls?

The AFN recognizes that there are concerns about the utility of a national inquiry given challenges experienced in some past efforts.
There is now an opportunity to learn from past mistakes. There is a broad range of perspectives and experience across the country that can be pulled together through a national inquiry to examine this issue in all its complexities as it affects families and communities in all jurisdictions and to examine the role and responsibilities of federal/provincial/territorial and Indigenous jurisdictions across Canada.
This would inform the joint work that begins at the National Roundtable this week and also provide a mechanism of accountability for all decision-makers.