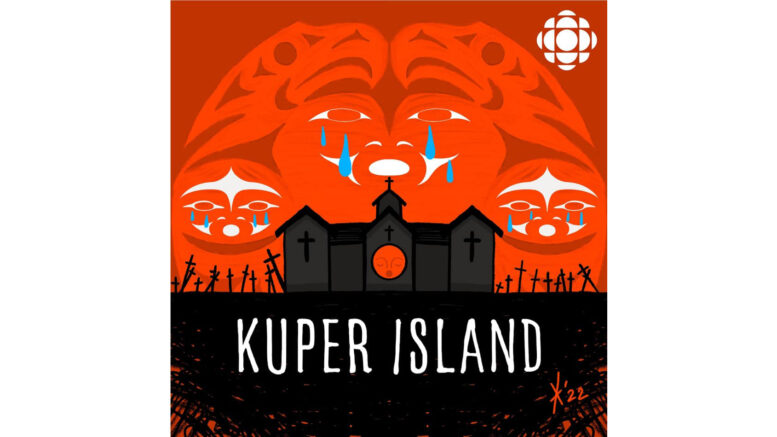 (ANNews) – Indigenous journalist, CBC correspondent, and author of Decolonializing Journalism: A Guide to Reporting in Indigenous Communities, Duncan McCue has made a career of giving voice to stories that, although often excruciating, must be brought to light.  Kuper Island, his new eight-part podcast, is a chilling exploration of the history, lifelong suffering, and societal aftermath caused by the Kuper Island Indian Residential School. Nestled among the picturesque Gulf Islands of British Columbia is Penelakut Island, now known as Kuper Island. From 1889 to 1975 this oppressive and appalling institution of government sanctioned psychological and physical violence was operated first by the Roman Catholic Church and then by the Canadian Federal Government. It would come to be known by the sinister moniker: ‘The Alcatraz of Canada’.

McCue’s series documents the stories and voices that remain after decades of systematic dehumanization. “They called it a school, but what sort of school has a graveyard?” commented one interviewee. “It was an institution designed to erase identity.” Each episode of McCue’s podcast begins with a trigger-warning because of the graphic and profoundly disturbing nature of the content being discussed – but no disclaimer can prepare the listener for the horrific realities being detailed.  McCue explains that although Canadians are presented with news coverage of the discoveries of unmarked graves across the country, mainstream media, unfortunately, is still often sanitized – his podcast pulls no punches.

The voices on the recordings are those of former ‘students’ of the Kuper Island Indian Residential School, but as McCue so correctly points out, most of the staff were not trained educators, so the term ‘school’ was highly erroneous. The podcast traces the journeys of two brothers who survived, and the tragic story of a well-loved young man named Richard, who was found hung to death in the school gym.  The violence recounted is the stuff of nightmares: molestation, rape, beatings, torture, and the burning of babies. Indeed, some testimonies recount babies being murdered. Facts that are corroborated by the discoveries of unmarked mass graves in recent years. McCue’s work is disturbing, but courageous in its unapologetic honesty.

The buildings that once imprisoned so many young innocents no longer stand.  McCue’s archival searches revealed photographs mainly of staged events, but those who were there remember the stately red brick building with meticulously manicured grounds. What remains is a set of concrete stairs that McCue describes as being overgrown with moss. Although there are no visible monuments to testify to the existence of the school and the atrocities committed on the land, locals have clear memories, and the physical space is scarred by the crimes perpetrated there.  Those who survived now bare witness for all those who lie anonymously beneath the earth.

McCue’s investigation is haunting not only in topic and content, but also in narrative – quite literally.  Survivors describe pageant-like spectacles where they were forced to adorn Hollywood-style costumes, not their own traditional regalia, in order to portray the ‘Indian’ image for public consumption. It was, however, the crimes that took place behind closed doors, and silently in the night that have indelibly scarred survivors and their families. For decades upon decades residents of the area have reported strange and unexplainable apparitions, temperature anomalies, and eerie sounds where once the school stood. Although those interviewed agree that ‘haunted’ is not the right term for it, there is an overwhelming sense of loss and injustice that cannot be paved over. There is a community long-house for celebrations situated just past the former residential school site, and yet, gatherings are sparsely attended because so many do not want to walk on the tainted ground. Healing will last for generations to come.

Kuper Island is a poignant podcast that all Canadians should feel compelled to experience. Yes, the subject matter is excruciating, and after listening to all eight episodes one cannot help but be haunted by echoes of the voices from the podcast that continue to resonate. These are stories that are shared to help survivors to heal, to teach others about what really happened, and those interviewed bravely bare their most vulnerable selves for the listener. The podcast is a valuable contribution to Canadian history, to future endeavours for cultural healing, to fostering greater mutual understanding, and to promoting reconciliation through respectfully confronting truth. McCue presents a masterful piece of journalism that is sincerely moving.

Be the first to comment on "Understanding the truth behind residential schools: A review of CBC’s Kuper Island podcast"