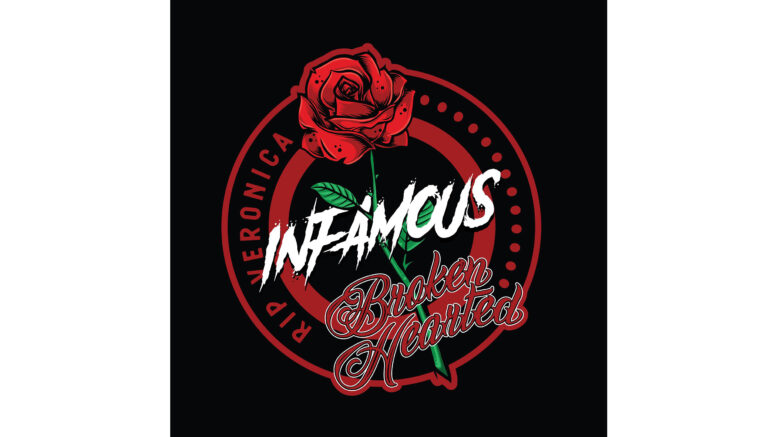 (ANNews) – Now and then, a story comes across the table that proves that anyone from any horrible circumstances can rebuild their lives and break intergenerational trauma.

VJ Curry provides an example for all the young Indigenous men who grew up in inner cities without any moms, dads, or family or connection to their reservation, history, or culture that they can survive, thrive, and vibe on any street and town by believing and having faith in themselves.

He has managed, without any initial support and just relying on grit, resiliency, and a deep drive to create a better life for his children, to be the positive change for his family.

Curry is the proud owner of Infamous Native Clothing Company – one of central Alberta’s most popular clothing brands for Urban Indigenous people.

Curry says that Canada’s notorious 60s scoop and Canada’s residential schools directly impacted his life and childhood. His mother, Marlene Currie suffered from trauma and addiction issues, he said. She was murdered in Montreal, and his grandmother, Jean Currie, was murdered in Vancouver.

“They just couldn’t get over their traumas. So, they let their addiction lead them to their deaths,” said Curry. “I grew up as an orphan with nothing.”

VJ met his first wife, who tragically died in a car accident. They built a family and have two daughters. From that moment, Curry decided that he wouldn’t raise his children the way that he had been raised. He committed to breaking his own intergenerational trauma and to use his company as a way to honour his relatives who passed away from tragic circumstances.

“I started this company to honour my family members who passed on before me but also so I could leave something behind for my kids. So, they didn’t have to grow up how I did.”

He said, “I wanted to show them that even though we’re Native, we can also be successful and achieve our goals if we put our minds to it.”

“Just because we come from nothing doesn’t mean we have to die with nothing,” said Curry.

Both his first wife and second wife passed away tragically. Veronica Courtright was a loving mother, and his second wife, Chasity Rattlesnake, passed away while undergoing surgery in Edmonton.

Curry is dealing with these losses and doing his best as a single father.

“I’m a single father, both for my daughters and my son. I gotta do whats best for my kids, and be better for my kids,” said Curry.

“My designs and saying are part of what I had to go through to get to where I am today. That’s why I take pride in my company and my designs.”

Last year, Curry launched his new website, which featured local Indigenous Influencers such as Jacqueline Buffalo. His children were models in the commercial advertisements. And his story has been featured on APTN National News.

Curry’s journey illustrates that despite compounded trauma or active trauma, Indigenous people and specifically Indigenous men are resilient. You create your own story, you create your destiny; don’t be defined by your history, or your past.

Curry invites our readers to visit his website,  infamousnative.ca

Be the first to comment on "From Indigenous Orphan to Successful Entrepreneur, VJ Curry shares his story."