(Under the Northern Sky) – Happy New Year and welcome to 2016. As a First Nation person I can tell you that I feel very good about the coming new year. What a change in terms of my people right across the country starting a new and more positive relationship with the federal government.

With the election of Justin Trudeau and the Liberals much has changed for Aboriginal people in this country and if all of the election promises are kept then we certainly will be having a great 2016. So far Prime Minister Trudeau has delivered on his promises very well. He recently announced a new vision and means of working with Aboriginal people in a partnership he called a sacred obligation. That is certainly a big change from how things operated with the federal Conservative government for so many years. 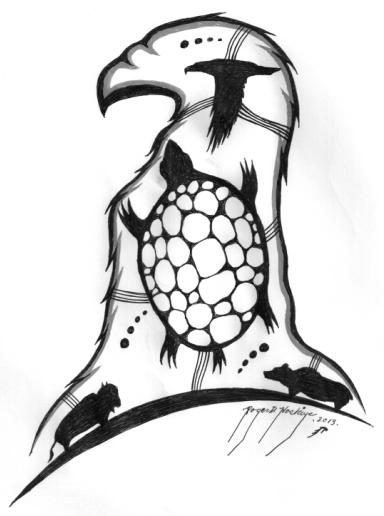 Prime Minister Trudeau also announced recently that the Liberal government would be going ahead with the promised federal inquiry to investigate the tragedy of missing and murdered indigenous women and girls. This is such a huge commitment to Aboriginal people across Canada. Too many families have been wondering what happened to their loved ones for so many years. From 1980 to 2012 there were 1,181 recorded cases of missing and murdered Indigenous women and girls in Canada. There are so many things that have resulted in these tragedies and many of them have to do with racism, devastating conditions of poverty and lack of opportunity in First Nation communities and a long standing disconnect linked to past federal and provincial government policies and colonization.

Recently, Prime Minister Trudeau also lifted a two percent cap on federal funding to First Nation communities. He explained that his government was lifting the cap which had been in place for almost 20 years because it did not keep up with actual growth and needs in the First Nations. He also committed to moving ahead with more money for education. We as First Nation people need to make sure our young people have safe, positive, culturally sensitive education programs and schools that are at the very least on par with those offered in the non Native community.

When Prime Minister Trudeau appeared before an Assembly of First Nations (AFN) meeting recently he was in fact making history as the last time a prime minister showed up was when his father Pierre Trudeau was in power. At the AFN meeting Prime Minister Justin Trudeau also committed to implementing the calls to action of the Truth and Reconciliation Commission, starting with the United Nations Declaration on the Rights of Indigenous Peoples and to review all legislation unilaterally imposed on Indigenous peoples by the previous government.

So politically we Aboriginal people right across Canada have a lot to celebrate but still we need to continue to support our leaders at the community level, tribal council levels, regional, provincial and National levels to hold the government to the promises it has made. We must remember that the one percent powerful and controlling interests in our country will do their best to limit what Prime Minister Trudeau and his government will do for First Nations and the population of Canada. So, don’t go putting your Idle No More signs away in the closet or basement. Keep them handy as we need to continue with our fight for fairness to our people, protection for the land, waters, air we breathe and Mother Earth’s creatures.

Let’s face it the big money guys are still pushing the buttons and it is up to us and the citizens of Canada to provide Prime Minister Trudeau with the support he needs to push these bullies back. Thankfully, we still have a healthy New Democratic Party (NDP) opposition that will hopefully put aside most differences to make sure that good deeds are done for the people of Canada over the next few years. It is still up to us to help make sure these good deeds are done.

I was born and raised on a remote First Nation so I can tell you first hand how difficult that was. When most Canadians were living lives with good employment, education opportunities and all the modern conveniences of a civilized society I was dealing with very sad, sometimes tragic and poverty stricken realities of living on a remote First Nation. Sure a lot of that can be excused by saying that this was another time in the past when attitudes of racism, bigotry and colonialism were so negative and nasty. Yet, just look at what has transpired over the past decade in terms of First Nations being bullied by government and you have to admit not much has changed. We all need a way to move forward and with this new Liberal government in place and a young leader with some vision of good for the people it just might happen. He will need our help every step of the way.

Under the Northern Sky: Remembering When

Xavier Kataquapit: Our Lady of Paris

Be the first to comment on "Under the Northern Sky: We can all help make 2016 a good year"